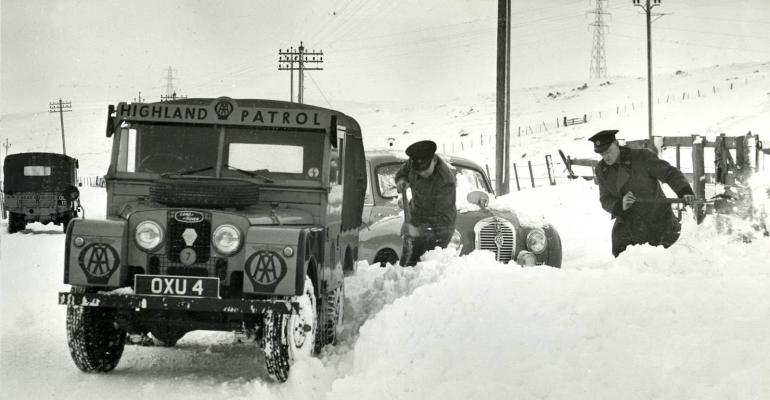 The Land Rover Defender is finding itself on the wrong side of the law of supply and demand.

The figure has soared 75% since the end of production in January and NFU Mutual is urging Defender owners to be security-savvy as gangs of thieves head into the countryside looking for the vehicles or their parts.

The Land Rover Defender, initially called the Land Rover Ninety and Land Rover One Ten, was launched in 1948. More than 2 million were built at the JLR plant in Solihull, 110 miles (175 km) northwest of London.

“The Defender is no longer in production, which has prompted a greater demand, making them a bigger target for thieves,” Clive Harris, Mutual Agricultural Vehicle Specialist-NFU, says in a statement.

“Owners should ensure they have adequate security measures in place and consider fitting an aftermarket-approved immobilizer and a tracking device if possible,” he says. “When not in use, Defenders should be parked in a garage or a secure area which is well-lit if possible.”

“Thieves will target component parts so consider marking them using a forensic marking solution or system,” NFU says. “Have the vehicle identification number etched on windows. Consider fitting a hidden battery-isolation or a fuel cutoff switch. Take photographs of unusual features, modifications, damage or repairs which could aid identification if stolen.”

Tracker, a leading stolen-vehicle recovery provider, says many of the stolen Defenders are being shipped overseas.

Adrian Davenport, police liaison manager-Tracker, says police agencies across the U.K. are reporting a rise in thefts, with many fearing criminal gangs with links to the U.S. and Eastern Europe are targeting owners.

“Criminal gangs often target particular vehicles when demand increases, and the Land Rover Defender is a popular vehicle all around the globe,” Davenport says. “Not surprisingly, since they’ve been discontinued the Defender has risen to the top of the car thief’s hit list.”

Davenport says a tracking device can significantly increase the chance of police locating and returning a vehicle to its owner even when it is hidden in a shipping container to be sent overseas.

The company’s system works like an electronic homing device with a transmitter hidden in one of several dozen places around the vehicle. Its VHF technology makes the system resistant to the jamming devices increasingly being used by car thieves to disrupt signals from stolen vehicles.