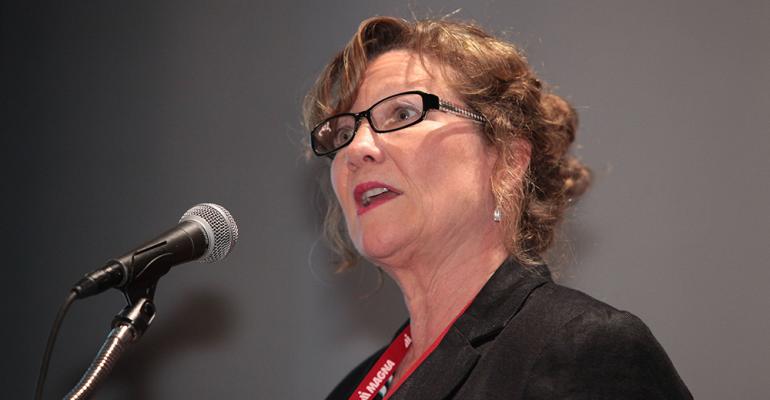 <p><strong>Horal: There is room for everything, as automakers look to trim mass.</strong></p>
Industry News

Material innovations are in the works as automakers seek to reduce vehicle weights.

DEARBORN, MI – Plastics today are as much an integral part of auto interiors as are steering wheels, but initially it was a hard-fought battle getting those materials inside, industry veteran Ron Price says.

He recalls the heavy-metal days when automakers disdained plastics.

“Plastics started trying to get into the industry in the 1950s, but the people the plastics guys saw at auto companies were steel buyers,” Price, president of Global Polymer Solutions, says at the WardsAuto Interior Conference here.

It was a tough gig pitching to purchasing agents known as the metal mafia. “The plastics guys were a little tight community trying to sell, banging away and getting frustrated as heck,” Price tells WardsAuto.

It didn’t help that most plastics of the time were fragile and cheap-looking.

That’s in no small part because of product advancements over the years. More of those are on the way, say panelists at a conference session on innovative materials.

An industry priority is to reduce the overall weight of vehicles in order to comply with increasingly demanding fuel-economy mandates. The U.S. government has set corporate average fuel economy goals of 54 mpg (4.4L/100 km) by 2025.

Her company produces polypropylenes consisting of minerals such as talc and mica as well as fibrous synthetics, glass and additives.

Polypropylene and its derivatives are used in door panels, instrument panels and elsewhere, accounting for 85 lbs (38.5 kg) of interior applications.

“It’s one of the lightest plastics,” says Horal. New versions are about to get lighter.

“We’re reducing density and using less filler,” she says. “Fuel economy is the main driver for such innovations.”

“We’ll see a lot of joining of materials and combinations of them,” Horal says. “There is room for everything, as everyone participates in getting mass out of cars.”

For a while now, lightweight materials have occupied the product lineup of Benecke-Kaliko, a unit of German supplier Continental.

He touts products such as decorative surface panels that also are “ultra-soft, light-weight and create a soothing and emotional connection at first point of contact.”

Benecke-Kaliko also makes Benova and Acella seat covers that are lighter than the leather they resemble.

“The gas displaces (some of) the polymer,” he says. “If you foam something, you lose 12% weight, but you also lose stiffness. However, there’s less loss of that with our product.”

Bob Bedard, a Ford product development engineer, touts another innovative process called mold-in-color. It is relatively complicated but the results are impressive, especially for a particular application: a high-gloss, high-touch black resin that demonstrates how modern plastics “play an aesthetic role in vehicle-interior finishes,” he says.

The tooling isn’t cheap. It rapidly heats and cools resin, “freezing a point in time in a homogenous manner and allowing us to avoid surface marks,” he says.

Ford introduced the high-gloss black, decorative and scratch-resistant material in four interior locations of the ’13 Fusion midsize sedan. The automaker plans to expand its use and extend its application to other vehicles, such as the next-generation Ford Edge CUV.