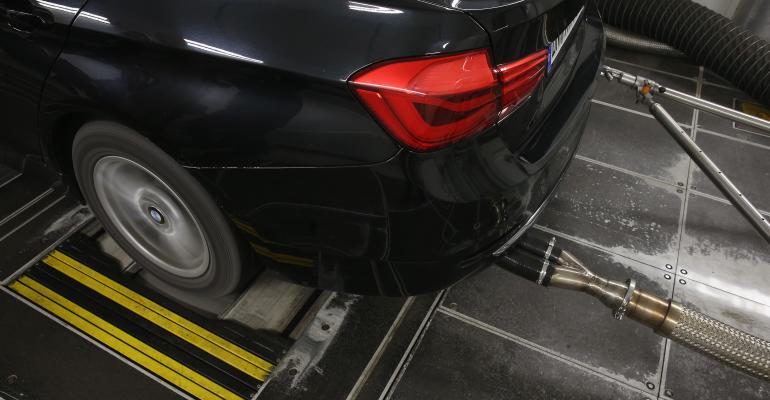 In the wake of the Mitsubishi falsified fuel-consumption scandal, the Australian Automobile Assn. is demanding the federal government fund or undertake independent vehicle-emissions testing.

But the AAA and its 7 million members is not waiting for the slow-moving central government bureaucracy to get its act into gear.

Next month it will begin its on-road emissions testing program at a cost of A$500,000 ($387,085) to its members. It will oversee an independent pilot study comparing laboratory and on-road emissions of vehicles on the Australian market.

The admission from Mitsubishi that it falsified some fuel-economy data for its minivehicles in Japan comes only months after Volkswagen conceded more than 10 million of its vehicles were fitted with software designed to thwart regulatory controls.

The VW admission saw the AAA call on the government to fulfill its obligation to audit and ensure compliance of new vehicles with Australian Design Rules.

“It is extremely concerning to hear that another major international car manufacturer may have willfully misled governments and consumers by manipulating fuel consumption and emissions data,” Bradley says in a statement.

“At a time when the Australian government is undertaking a major review of vehicle emissions regulations, this admission from Mitsubishi is a timely reminder that Australia needs to get its house in order with regard to vehicle testing and compliance.”

An AAA pre-budget submission had sought A$1 million ($774,170) over four years to co-fund its pilot study and then establish an effective and ongoing on-road testing program consistent with those being developed in Europe and elsewhere.

“The AAA remains very concerned that the government has no capacity to test, audit or enforce elements of its current vehicle-emissions regulatory regime, let alone any new regulatory controls introduced in the months ahead,” Bradley says.