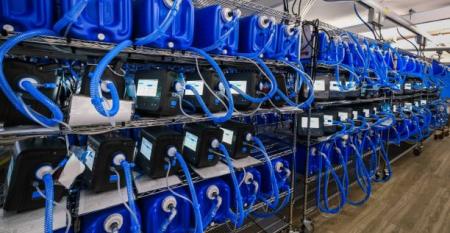 Uncle Sam: Your Auto Industry Needs Help Now
Apr 23, 2020
Unless Congress and the Trump Admin. step up with financial help for automakers, suppliers, dealers and consumers, it will take years for...

Hello Detroit, the U.S. Army Wants You
Apr 13, 2020
The Army is interested in robotics, autonomous vehicles, hybrid powertrains and electric propulsion including...

From Walkman to Electric Vehicle
Feb 25, 2020
Magna supported Sony in many areas for its VISION-S electric prototype vehicle, from engineering to integration...

Cybertruck’s Low Costs Will Save Tesla Millions
Feb 06, 2020
Critics had a field day ripping into the design, but they missed a crucial point: Tesla can eliminate most of the tooling costs.

We are Embarking on a Dangerous Decade
Jan 02, 2020
With electrification and autonomy, the automotive industry is about to swirl into the center of a historic maelstrom.

The Important Story Behind Ford’s Electric Mustang
Dec 04, 2019
The most significant aspect of the Mach-E is not the car. It’s the process by which it was developed.

Strikes Hurt Everybody
Oct 25, 2019
There’s got to be a better way to get workers a raise without torching the countryside.

The Case for Higher U.S. Auto Tariffs
Sep 13, 2019
China is estimated to have at least 14 million units of excess capacity. That’s the equivalent of 56 assembly plants sitting idle.

The Mobility Disruption Is Well Under Way
Aug 19, 2019
What’s so remarkable is that only a decade ago no one would have dreamed of doing any of this.

Behold the Mighty Auto Plant
Jul 12, 2019
Every country, every state and every township wants a well-paid middle class. It isn’t just about building things, it’s about building political power.

Another Merger for Chrysler? Here We Go Again
Jun 04, 2019
The two companies claim no job losses with this merger, but they’re going to be mighty tempted to cut jobs in North America because it won’t be tolerated in Europe.
Load More