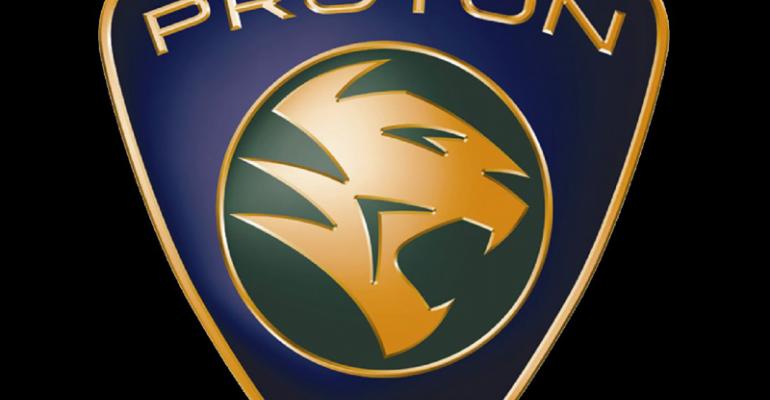 The Chinese automaker beats out PSA Group in months-long bidding for the financially beleaguered Malaysian automaker, giving it entre to markets in the ASEAN region.

Owner DRB-Hicom is selling 49.9% of Proton to the Chinese manufacturer and also is discarding all of Proton’s 100% holding in British sports car manufacturer Lotus.

Geely will take a 51% stake in Lotus, and DRB-Hicom is quitting the sport car business by selling the other 49% to Etika Automotif.

No price was given for Geely’s investment in the joint venture.

“Both parties expect to sign the definitive agreement in July,” a DRB-Hicom statement says.

The deal allows Geely a fast entrance into the Southeast Asia region, while Proton sees the Chinese automaker as its route to recovery after annual losses of about RM1 billion ($233 million).

Geely gets an instant R&D and manufacturing presence in the ASEAN region as well as access to Proton’s two underused manufacturing plants with their combined capacity of 400,000 units a year.

“The deal will enable Proton to tap into Geely Holding’s vast range of platforms and powertrains and will also enable Proton to have access to existing markets of the Chinese carmaker, as well as right-hand-drive markets in Southeast Asia,” DRB-Hicom says.

“Our intention was always to ensure the revitalization of the Proton nameplate,” Faisal says. “It was Malaysia’s first national car brand and has more than 30 years of history. This deal will be the catalyst to elevate a brand that Malaysians resonate with.”

Geely says the alliance will allow it and Proton to explore joint synergies in areas such as R&D, manufacturing and marketing.

The Chinese automaker says it is committed to supporting the transformation of Proton and Lotus with its expertise, and aims to build Proton into the most competitive brand in Malaysia and a leading brand in Southeast Asia.

Geely also sees a route through Proton to boosting deliveries in right-hand-drive markets including Malaysia, the U.K., India and Australia.

“With Proton and Lotus joining the Geely Group portfolio of brands, we strengthen our global foot print and develop a beachhead in Southeast Asia,” Geely Executive Vice President and Chief Financial Officer Donghui Li says in a statement. “We will fully respect the brand’s history and culture to restore Proton to its former glory with the support of Geely’s innovative technology and management resources.

“We also aim to unleash the full potential of Lotus Cars and bring it into a new phase of development, thanks to our experience accumulated through Volvo Car’s revitalization.” Li says.

Geely’s selection as Proton’s FSP comes after two months of intense negotiations that twice saw Geely announce to the international media that it had quit the talks with DRB-Hicom.

The battle for Proton began when it was forced to ask the Malaysian government for a RM1.5 billion ($349.3-million) soft loan last year so it could pay its vendors.

In the end, it came down to a faceoff between France’s PSA Group, which owns Peugeot, Citroen, DS, Opel and Vauxhall, and Geely, which owns Sweden’s Volvo and Britain’s London Taxi.

Proton, although now unsuccessful, is in a growing auto market – the 10-country ASEAN free-trade region – with its increasingly affluent population of more than 600 million people.

PSA wants a factory for its ASEAN market either in Indonesia, Thailand or Malaysia. Starting from scratch would see a $2-billion cost to buy land, build a factory and train several thousand staff. It also could take three to five years.

The French automaker saw Proton – the only full-fledged auto manufacturer in the region –as the way to short-circuit that laborious route. The Malaysian company has 30 years of experience in research and development, design, marketing, sales and distribution. It also has a full vendor and supplier network.

China-based Geely, whose domestic sales rose 50% last year to 765,851 units, has a strong European brand in Volvo, but is weak in the ASEAN region.

The JV agreement says DRB-Hicom and Geely will establish a 10-year business plan for the Proton Group that will include new models to be launched, capital expenditure projections, manufacturing and sales targets, technology licenses and royalties.

It says Geely’s wealth of knowledge and its extensive network of partnership, collaborations and joint ventures in the automotive industry over the years puts it in a position to assist Proton in its drive to improve its market position.

“In particular, the participation of Geely, a fast-growing automotive player, as the (strategic partner) of Proton Holdings is expected to further strengthen and improve Proton Group’s operations in terms of improved manufacturing systems and effective distribution networks and, more importantly, enhance its presence in regional markets,” the agreement says.

Both sides say the proposed deal is expected to create business synergies and opportunities for DRB-Hicom, Geely and Proton.

“The company (DRB-Hicom) intends to safeguard the recognition of Proton as Malaysia’s original national car company while building and enhancing Malaysia’s national automotive industry and facilitating the goal of making Malaysia a preferred automotive hub in Southeast Asia capable of rivalling neighboring countries in the region,” the agreement states.

The Star newspaper reports the government will reimburse Proton Holdings RM1.1 billion ($256.2 million) as a grant for money spent on R&D in the past, adding after that there will be no more subsidies for Proton.

The Edge newspaper, which first reported Geely as the winner in the competition for Proton, earlier said the government had given Proton a new line of credit of RM1.7 billion ($395.9 million) after the first loan was used up paying vendors.

It is a far cry from the heady days of 1983 when Proton was established by the government of then-Malaysian Prime Minister Mahathir Mohamad.

By 2006, it had lost its market lead to Perodua, the second Malaysian car manufacturer, which has dominated the market since.

“Malaysia has a unique industrial asset which cannot survive in a small domestic market, but can play a lynchpin role as the ASEAN anchor of a larger global auto group,” the government news agency Bernama reported earlier.

The agency said what Proton brought to the table was the ability to catapult the chosen foreign strategic partner with its collection of car marques into the ASEAN market.

“The big question is, which (potential partner) values Proton more and is willing to cobble together a long-term deal that makes it attractive for Proton to look east to Geely or leap west in embracing PSA?” Bernama reported.

The answer is in – it was Geely.

Report: China’s Geely to Take Control of Malaysia’s Proton
May 23, 2017