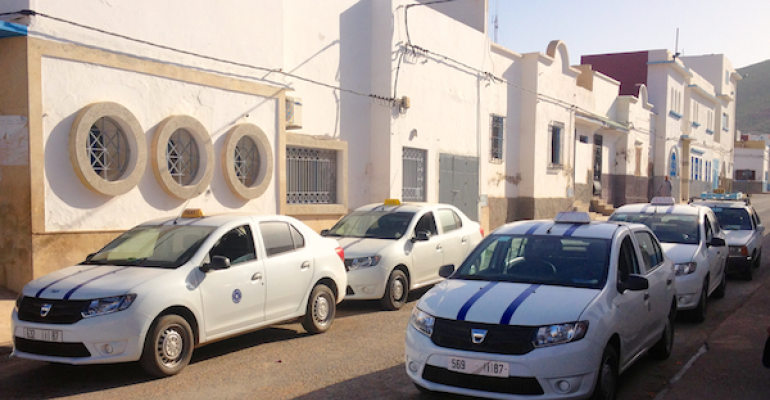 &ldquo;The proximity of France and Morocco allows the development of a local industry with the creation of direct and indirect local jobs,&rdquo; a Renault spokesman says. &ldquo;It supports certain activities in Europe such as R&amp;D.&rdquo;

CASABLANCA – The stable North African kingdom of Morocco is pushing ahead with plans to grow its automotive manufacturing industry, creating a lower-cost hub for supplying nearby wealthy European markets.

Indeed, with the Strait of Gibraltar separating Morocco and Spain by just eight miles (13 km) the Morocco government’s 2014-2020 industrial acceleration policy is clear: It wants to grow its auto sector fast.

“Automotive is one of the most important industries, along with the aeronautical sector,” says a statement from Morocco automotive-industry association AMICA. Data compiled by the organization show export sales growth in the sector have been growing fast, from €2.2 billion ($2.5 billion) in 2012 to €2.8 billion ($3.2 million) in 2013 and €3.65 billion ($2.2 billion) in 2014.

Confidence in Morocco’s industry was demonstrated last June when PSA Peugeot Citroen signed a deal with the Moroccan government to build a new Peugeot car plant in the northern city of Kenitra that is due to open in 2019.

This expansion follows major investments by rival French automaker Renault: It invested €1 billion ($1.1 billion) to double its Morocco manufacturing capacity from 200,000 vehicles in 2010 to 400,000 by 2013.

Its Casablanca plant (SOMACA) dates back to 1959 and can produce 700 cars per day (Renault said it manufactured 59,028 vehicles in 2015). And two production lines at Tangier’s Tanger Automotive City, which opened in 2012, can assemble more than 1,200 cars per day.

Renault says 288,053 vehicles were produced last year at those plants.

Discussing the importance of its Moroccan base, a Renault Maroc spokesperson tells WardsAuto: “The proximity of France and Morocco allows the development of a local industry with the creation of direct and indirect local jobs. It supports certain activities in Europe such as R&D.” Tangier, he adds, is noteworthy for producing vehicles from the Logan platform.

It is no accident these factories are based (and will be based) in two free-trade zones, the Atlantic Free Zone in Kenitra and the Tangier Free Zone – both Northern Morocco centers with ready access to European markets. Their output can be funneled through the high-tech, Maersk-run Tanger-Med port.

Morocco also benefits from free-trade agreements with the European Union, the U.S. and its North African and Middle Eastern neighbors through the Greater Arab Free Trade Area.

Abdelaziz Meftah, director of Morocco’s automotive industry association, says this expansion will continue and other projects are being negotiated with other major automakers.

“The government has created a fund for businesses who want to manufacture here, to create a new market in Morocco,” Meftah says. Other benefits being offered to Peugeot and other manufacturers include significant reductions in corporation taxes and initial construction subsidies covering up to 30% of building costs and up to 10% on machinery costs.

The Moroccan government is actively looking for investors.

Moulay Hafid Elalamy, Morocco’s minister of commerce, investment and the digital economy, told attendees at a Sino-African Entrepreneurs Summit held Nov. 26-27 in Marrakech: “A foreign investor has the same rights as a Moroccan’s rights, can retrieve 100% benefits, sell his company and retrieve his capital.”

Meftah tells WardsAuto: “We are looking for opportunities to bring big car brands to Morocco.

Right now it is an important time for negotiation, potentially a third (manufacturing) center in Tangier.”

Meftah notes the Moroccan government plan involves building 600,000 vehicles per year once the Peugeot factory is operational and 1 million per year by 2020.

He hopes this recent and ongoing assembly expansion will enhance the development of parts production in Morocco: “This will reduce costs; this will augment the value (of the industry) in Morocco.”

The government wants the value of Moroccan automobile and auto-parts exports to rise to MAD100 million ($10.4 million), with the expansion creating 90,000 new jobs by 2020.

This ambitious growth blueprint has created a growing appetite for auto-sector technicians. Tangier’s automotive institute is conducting training programs in a public-private partnership Renault says has trained more than 8,182 people since 2009.

Benahajjou Said, director general of the Casablanca-based Adetel Group, notes the need to develop technological expertise in Morocco: “80% percent of (automotive) innovations are energy or electronic innovations. We should be orientated (toward) innovation to secure the industry. We should start investing in our own technology and intellectual property.”

Said sees electric vehicles, a specialty of the French auto sector, as a huge opportunity for Morocco and Africa, and believes a 100%-designed and built-in-Africa EV is a possibility.

“It is easier to create a car in a collaborative cluster and more cost-effective,” he says. “We can share the platform line, share the chassis.”

He also is president of Cluster Electronique du Maroc, an electronics company focusing on R&D and rapid electronics-making tech prototypes for the automotive, railroad and aeronautical industries. “We are 12 companies in this consortium. Our goals are to make collaborative projects and this cluster is supported by the government.”

One such initiative is a Morocco-based joint venture called the Moroccan Connected Car, whose goal is designing a Morocco-made car using locally available Android apps. Omar Bencherki, co-founder and CEO of Moroccan mapping company Navcities, says: “You cannot get access to Apple Car or Google Apps in Africa. With 10 million out of 33 million Moroccans using smartphones the uptake is potentially huge.”

Jamal Benhamou, director of Soft Centre, a government agency acting as the hub for the technology companies in the project, says his managers are working with General Motors subsidiary CFAO Maroc to push the project forward to full commercialization.

“We discussed a solution that could be completely embedded into the dashboard so users could have more than just an in-car entertainment system and accurate updated maps,” he says.

Khalid Tabyaoui, co-founder and vice president-business development at app-development web platform ScreenDy, says an ongoing competition has yielded face-recognition software assessing a driver’s level of tiredness and offering advice to motorists, including pinpointing rest stops. The second is a system that alerts emergency services in case of accident and connects a car’s communications system to the driver’s doctor to assist attending paramedics. A third is a “Where’s my car?” app helping motorists locate stolen or lost vehicles.

Navcities’ Bencherki says the system was market-tested in 2014 on Kia, Peugeot and Toyota models. Android enables the platform to be completely open, making developing new apps open to all Moroccan and African developers using ScreenDy.