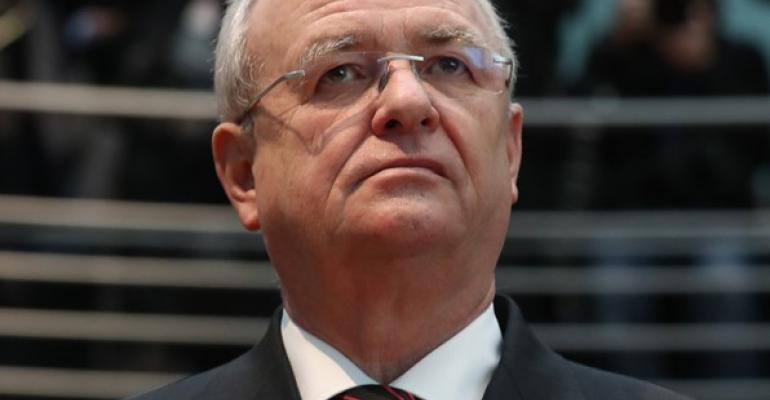 Winterkorn could face up to 10 years in prison if found guilty.
Industry News

Former Volkswagen Chairman Martin Winterkorn and four other former executives with the German automaker have been charged with fraud by German prosecutors investigating the Dieselgate emissions manipulation scandal.

The public prosecutor office in the city of Braunschweig has filed a lawsuit against Winterkorn, claiming he violated competition laws by failing to disclose the manipulation of diesel engine emission systems.

It also says Winterkorn failed to prohibit the installation of software that allowed diesel engines to achieve better emissions-test results in laboratory tests on a rolling road than those carried out in real-world conditions on public roads.

VW admitted in 2015 that it fitted up to 11 million diesel-engine cars worldwide, including hundreds of thousands in the U.S., with so-called defeat devices that allowed them to beat emissions tests. As a result, it was forced to carry out the most comprehensive recall and buyback program in its history at a cost of more than €25 billion ($28 billion).

Further charges outlined in the lawsuit include misappropriation, tax evasion and false certification.

If found guilty, Winterkorn faces between six months and 10 years in prison, according to German legal experts. U.S. prosecutors charged the 71-year-old German with fraud in 2018.

The four other unnamed VW executives all face a variety of fraud charges relating to the scandal. Braunschweig prosecutors say the indictment covers 692 pages, with an additional 300 file volumes featuring 75,000 pages, to explain the charges.

Felix Dörr, Winterkorn’s lawyer, says he cannot comment on the charges until he can read the full indictment, while VW declined comment, CNN reports.

German prosecutors are continuing to investigate 36 defendants in relation to the Dieselgate scandal.