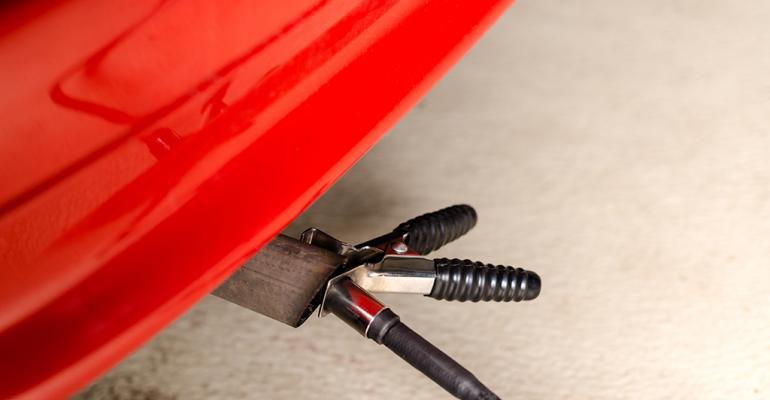 A committee formed to investigate auto emissions is calling for the formatione of a European body that would take over market surveillance and possibly type approval, currently handled by the EU&rsquo;s 28 national governments.

The European Union’s democratic assembly set up a Committee of Inquiry into Emission Measurements in the Automotive Sector in December to probe EU compliance with emissions and type-approval laws after it emerged that Volkswagen Group and possibly other automakers had used illegal defeat devices to cheat on emissions tests.

The emissions panel’s final recommendations will not be binding and will not be released until February – too late for crucial votes on the proposals by the European Commission, the EU’s executive branch.

Notably, the emissions committee is calling for the establishment of a European body with the power to make recommendations that would go further than those now under consideration by taking over market surveillance and possibly type-approval responsibilities currently under the jurisdiction of the EU’s individual 28 national governments.

In this regard, the emissions committee already is opposing proposals that Dan Dalton, a British conservative member of the European Parliament, drafted for the parliament’s internal-market and consumer-protection committee, which is tasked with framing amendments to the type-approval reforms.

Dalton wants to leave type approval and market surveillance in national hands. But emissions-panel chair Kathleen van Brempt, a Belgian Social Democrat, last week signaled her backing of the committee’s proposals, which “includes the bare minimum requirements that the new EU type-approval system should have.

“These requirements should be preserved, and all attempts to dilute this much-needed reform and to keep the inefficient and dysfunctional status quo must be rejected,” van Brempt wrote in a letter to fellow committee member Vicky Ford, another British conservative.

The emissions panel also sees rules for improvement based on evidence seen thus far, with van Brempt saying roles and responsibilities must be clarified to stop competition between type-approval authorities and technical services. The EU needs a dialogue and arbitration mechanism to settle disputes among the authorities, it suggests. The EU also should strengthen information exchange among type-approval bodies to prevent authorities denied approval in one member state seeking it in another.

The EU further needs rules to avoid conflicts of interest at technical-services firms that offer both type approval and consulting, the emissions committee contends.

The EU also should adopt “a better oversight on a harmonized type-approval and market-surveillance system,” but van Brempt’s letter admits splits over whether this should be under EC oversight as proposed, or under an independent European agency.

Either way, “a drastic strengthening of market surveillance is needed in the new EU type-approval framework, based on clearly defined rules and a clearer repartition of responsibilities,” the letter states. “There is an evident lack of control after the type approval.”

The letter goes on to demand “systematic enforcement of the in-use conformity of vehicles” and backs the proposal for EC fines on cheaters. It also calls for a “coherent approach” to defeat-device strategies, a plea German Transport Minister Alexander Dobrindt echoed last month under questioning by the emissions committee, when he argued a waiver clause in the 2007 type-approval directive that permits defeat strategies to protect the engine.

That clause, Dobrindt said, predates 2007 and “allows too much leeway in interpretation” and should be tightened. The directive fails to take technical advances into account, the German told the panel, adding, “Research shows it is possible to respect the (emissions) limit values quite legally, and if some manufacturers can do it, the question is, why can’t all manufacturers do it?”

Peter Cooke, a professor of automotive management at the U.K.’s University of Buckingham, notes, “We have another situation here where the technology is running ahead of legislation, as we are seeing in the case of autonomous cars.

“If defeat devices are to be permitted, they need to be declared up front, not just technically but also to individual would-be buyers so they can make a conscious decision,” Cooke says. “Over time they should become unnecessary given an ever-growing technology. However, the authorities will doubtless look at other emissions to be controlled or measured and rules will be required there.”

Backing for Dalton’s support for nation-by-nation type-approval authority is growing in the European Parliament, with some members balking at ceding such approval to Brussels.

Despite this, Dobrindt tells the committee: “We need a kind of clearing authority for cases where national type-approval authorities differ in their assessments. I think it is a logical consequence that a decision has to be taken somewhere.”

Dobrindt says Kraftfahrt-Bundesamt, German’s type-approval authority, discovered a Fiat car that switched off emissions controls after 22 minutes – two minutes longer than the test cycle – and argued “this is an unlawful defeat device.” But he says Italian authorities disagreed.

“There is no common interpretation between the Italian authorities and the German authorities,” the German administrator says in arguing the EC needs to find a way to bring the two together.

The emissions committee “will certainly attract interest and I think it may ultimately lead to a change in legislation,” Cooke tells WardsAuto.  “The fallout from Dieselgate will certainly (attract) a greater level of scrutiny.

“The challenge will be, who will be the scrutineers? Again, we have a call for more control but if the EU is to be a single entity it will be necessary.”

Cooke predicts Dieselgate “will give a push to both electric cars and hybrids and a move back from diesel to petrol shorter term.” The challenge will be how long such changes will take to implement and how quickly the higher-polluting diesel cars can be removed from national fleets of cars, which already vary significantly, he says.

“Volkswagen demonstrates quite blatantly that there are issues there and the legislation should not be left as it is,” Germany’s Dobrindt says, noting “a growing understanding of the need to change our rules” by EU member states.