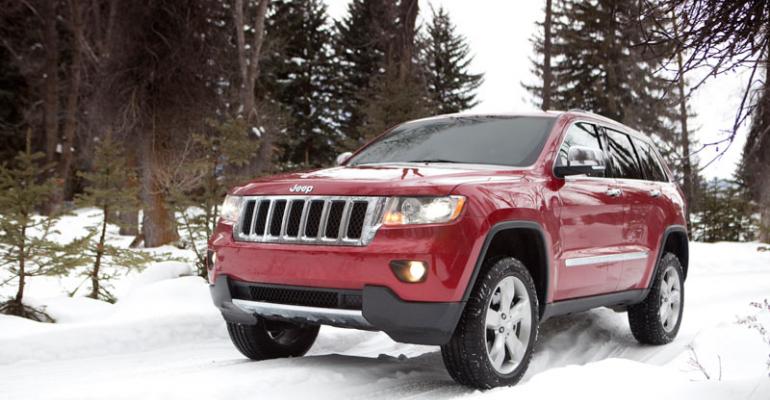 Next year also will bring changes to the Patriot and Compass vehicles and mark the launch of an all-new midsize, yet-to-be named SUV.

LOS ANGELES – Jeep’s diesel-powered Grand Cherokee is on track to hit U.S. dealers at the end of first-quarter 2013, a top executive tells WardsAuto at the auto show here.

“If the emails and the letters I’ve gotten from Jeep customers are anything to go by, it will be very, very good,” Jeep President and CEO Mike Manley says of the pending launch. “Jeep had a diesel in the Liberty, and even though the volumes were relatively small, that was a very much-loved vehicle. People bought it and loved the diesel.”

The 3.0L diesel-equipped Grand Cherokee, already sold in Europe, makes its U.S. public debut at the North American International Auto Show in Detroit in January. Manley says drivers will be impressed with the SUV’s driving dynamics and reduced noise, vibration and harshness.

Next year also brings a diesel entry from General Motors, the Chevrolet Cruze, an oil-burning Mazda6 sedan and increased marketing of existing diesel offerings from Volkswagen and Audi.

“I see that growth continuing,” Manley says about diesel popularity in the U.S. “As people realize that diesel not just offers great fuel economy but also good driving dynamics in a clean way, I see that part of the segment continue to grow.”

Manley says significant refreshes also are coming to the entry-level Patriot and Compass cross/utility vehicles in 2013 and will be revealed in the second quarter, part of the 4-year plan Chrysler revealed in November 2009.

“I’m looking forward to the changes we’re going to make to the Patriot next year,” Manley says, declining to reveal if the revamped models will be labeled as ’13s or ’14s.

Jeep also will unveil a new Fiat-based replacement for the Liberty, which slots between the Patriot/Compass and Grand Cherokee. Manley hints that the Liberty nameplate may not be dead, but also stokes the fire of another rumor circulating in the automotive press.

“A lot of people are speculating that we’re going to bring the Cherokee name back. That’s the speculation,” he says, adding the name will be revealed at the same time as the new model.

One Jeep heritage vehicle remains on track for a ’14 or ’15 return, the previously announced Grand Wagoneer. “We’re working on that now,” Manley says.

Jeep also is focused on improving fuel economy for the Wrangler without sacrificing its rugged capability, the executive says. The Wrangler remains one of the best sellers for both Jeep and Chrysler overall.

The biggest challenge for Jeep right now is maintaining its stronghold as an SUV brand in a market where drivers increasingly are turning toward more fuel-efficient, car-based CUVs.

Manley’s stance is clear that Jeep will build only SUVs, but future products will appeal to buyers of both.

“They still want capability, but they very much don’t want to sacrifice the other things that are enjoyable about driving,” Manley says, adding that fuel economy is of the greatest concern. “By using technology intelligently, we can stay very true to Jeep brand, but also expand our offerings and make sure we pick up those other priorities that are emerging in the market.”