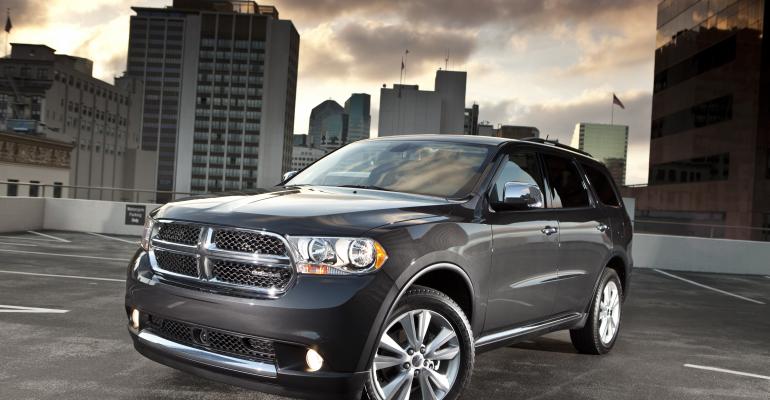 But the proliferation of diesel technology within Chrysler’s North American product portfolio likely begins and ends with light trucks, he adds.

The disclosure comes on the heels of confirmation the auto maker will next year offer a diesel engine in the Jeep Grand Cherokee, the Durango’s platform-mate.

They are equipped with a 3.0L V-6 turbodiesel supplied by Italy-based V.M. Motori, which is controlled by Fiat and General Motors. The Grand Cherokee destined for North America will feature the same engine.

Chrysler sold diesel-powered Grand Cherokees in ’07 and ’08, but strict emissions standards in key markets such as California and New York conspired to limit demand and the option was discontinued.

But Chrysler is more confident this time around. Jeep President and CEO Mike Manley tells WardsAuto that brand enthusiasts constantly are asking about diesel availability. At Jeep-sponsored events, “I get 20 questions every time,” he says.

Building diesel-powered Grand Cherokees for North America opens the door for Durangos equipped with the same engine, says Marchionne. But he does not commit.

However, the CEO promises the successor for the Dakota, which went out of production Aug. 23, will feature a diesel option. And it will be unibody construction, he says.

Do not expect Chrysler to introduce a diesel-powered car in North America, Marchionne says, adding history shows there is ample appetite for the technology in light trucks, but that does not extend to cars. “A diesel (Fiat) 500 would never sell.”

Also on the product front, Marchionne reveals plans to exhibit a downsized minivan at the Geneva auto show in March.