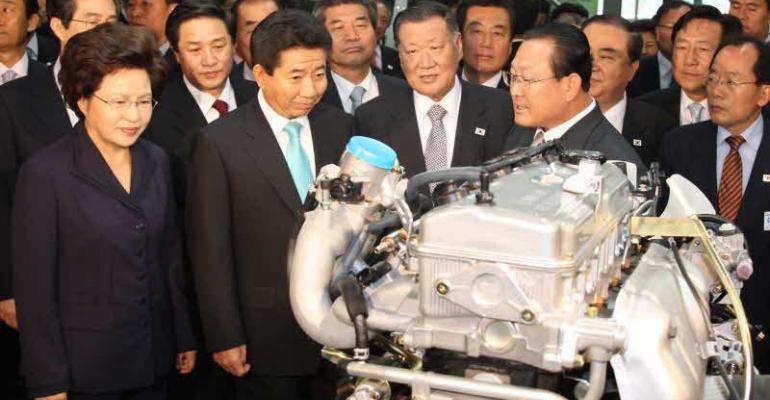 The country&rsquo;s only vehicle factory built a token number of compact sedans and other vehicles under license annually. Last November, the company said it was looking to sell the facility due to disappointing profits.

North Korea may be on the verge of having a viable automotive industry after 12 years of limited success for a now-defunct joint-venture assembly plant built and operated by South Korea’s Pyeonghwa Motors.

The JV factory in Nampo, North Korea, was 70% owned by Pyeonghwa and 30% by the North Korean government.

But now comes China’s FAW Group, which recently signed a memo of understanding to build an auto plant with North Korea’s Rason regional government. The area, located in the northeast part of the country, nestles against China’s Jilin province.

FAW has its headquarters and some assembly facilities in Jilin’s central city of Changchun. Founded in 1953 as First Auto Works, FAW is China’s largest national auto maker. Vehicle sales in first-half 2013 totaled 1.4 million units, up 4% from year-ago, with 3 million deliveries targeted for the full year.

FAW has car-making joint ventures in China with a number of leading global auto makers including Volkswagen, Toyota and Mazda. It also is partnered with General Motors to produced light-duty commercial vehicles.

The Pyeonghwa plant turned out a token number of compact sedans over the years under license from Fiat and a few fullsize sedans and light trucks under license from other manufacturers. However, last November, the company said it was looking to sell the facility due to disappointing profits.

FAW has had an office in Pyongyang for some time, and the North Korean government is interested in dealing with China, which not only offers strongly funded investors, but also provides a vast market for vehicles produced on the cheap in North Korea.

Pyeonghwa CEO Park Sang-kwon, an American businessman who resides in South Korea but has honorary citizenship to the North Korean capital of Pyongyang, donated Pyeoghwa's 70% share of the plant to the North Korean government. In exchange, he is being permitted to launch another business venture there unrelated to the auto industry.

In 2007, South Korean leaders, including Hyundai Motor Chairman Chung Mong-koo, visited the factory during a state-supported tour. The regime was fishing for possible industrial investment in North Korea, but nothing came of the visit.