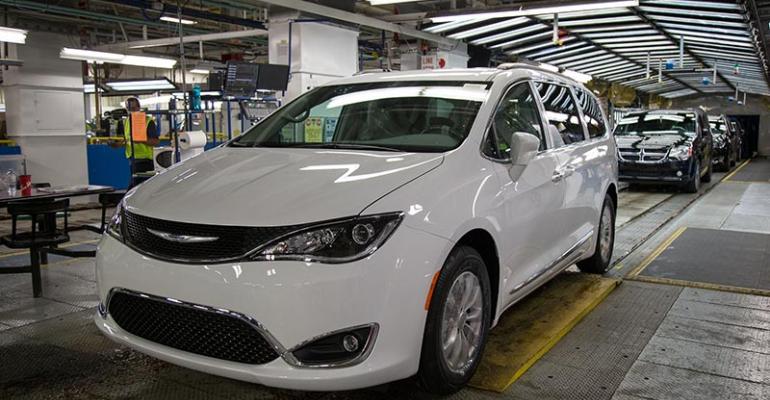 Tariffs on all Canada-built vehicles, including 10% on automobiles, will be phased out over seven years or, for certain types of vehicles, sooner than that. The agreement also will eliminate the EU&rsquo;s 4.5% tariff on Canada-made auto parts.

BRUSSELS – The automotive industries of both the European Union and Canada are optimistic they will export more vehicles as a result of the newly approved Comprehensive Economic and Trade Agreement between the two jurisdictions.

The European Parliament gave CETA its support Feb. 15, meaning it will come into force pending similar approval by the Canadian House of Commons, considered a formality. This means tariff reductions and eliminations negotiated between the EU and Canada will be implemented – although more controversial provisions, such as that on investment protection, await ratification by the legislatures of the EU’s 28 member countries.

“ACEA’s members are global companies and international trade is an important pillar of the European automobile industry’s competitiveness,” a spokesperson tells WardsAuto. “Automobile trade between the EU and Canada is already considerable. ACEA members hope that the agreement will further enhance trade opportunities with Canada by eliminating unnecessary costs.”

The spokesperson notes Canada’s MFN (most-favored-nation) import duties for all automotive products are 6.1%, while EU tariffs for cars and commercial vehicles are 10% and 22%, respectively. “ACEA welcomes the parallel and progressive dismantling of these tariffs over a period of five to seven years as a result of CETA,” the spokesperson says.

ACEA also endorses Canada’s decision to unilaterally accept some rules based on United Nations international technical regulations observed within the EU as part of its approval of CETA.

The European Association of Automotive Suppliers expresses hope CETA will “reciprocally eliminate tariffs for automotive component parts, along with simplifying customs procedures and opening up public procurement on federal and regional levels in Canada.”

The suppliers group also is positive about a chapter on technical barriers to trade, which could build on these regulatory advances.

“Both sides have agreed to further strengthen links and cooperation between their standard setting bodies, as well as their testing, certification and accreditation organizations,” the spokesperson says. “A separate protocol will improve the recognition of conformity assessment, considerably reducing the costs of testing (and) benefiting our industry.”

The agreement will eliminate the EU’s 4.5% tariff on Canada-made auto parts immediately, a potentially significant gain for the country’s Ontario-based auto-parts sector.

CETA will allow Canada to export to the EU annually up to 100,000 vehicles partially assembled in other countries under more liberal rules of origin. This is important, given the integration of Canada’s auto sector with American plants; CETA includes an annual origin quota allowing 100,000 Canadian automobiles whose value was increased 30% within Canada (using an agreed “transaction-value” method) or 20% (by a “net-cost” method).

EU exporters also will gain in Canada, as the country “has opened up its government tenders to EU companies more than with any of its other trading partners,” says the spokesperson for the Canadian parts makers’ group.

“CETA will make it easier for company staff and other professionals to work on the other side of the Atlantic, and for firms to move staff temporarily between the EU and Canada. This will help European companies run their operations in Canada,” the spokesperson says.

David Adams, president of the Global Automakers of Canada, tells WardsAuto more specialized Canadian vehicles initially could be exported to the EU under the agreement. “There may be niche products that Canada produces that are attractive to Europe,” he says. “It would be good to see Canada take advantage of the opportunities that CETA represents.”

“CETA will have a positive impact on the European automotive industry,” says Stefan Bratzel, Director of the Center of Automotive Management, an independent research institute at the University of Applied Sciences in Bergisch Gladbach, Germany.