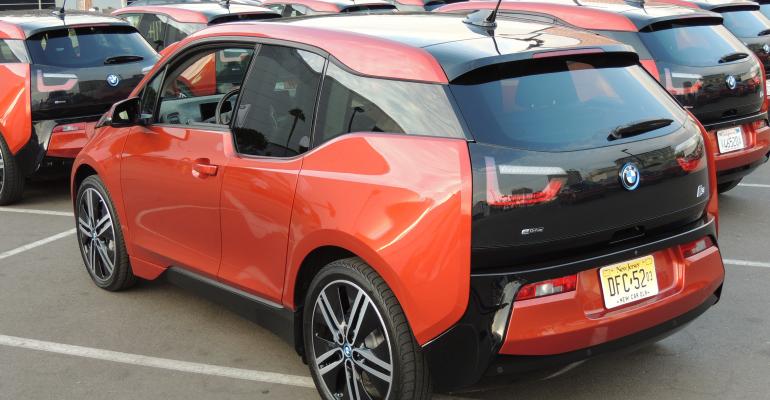 BMW ranked third in last year&rsquo;s survey and Daimler was eighth. Nissan and Suzuki were on the 2014 list but didn&rsquo;t make the cut this year. GM squeezed in at 96th after missing the list last year while embroiled in the ignition-switch recall crisis. &nbsp;

“Continuing a trend, the companies with the strongest reputations are focused on more than just the products or services they sell, with corporate social responsibility – citizenship, governance and workplace – taking on more importance than ever,” says Jamie Bedard, CEO of the institute.

BMW finished third in last year’s survey and Daimler was ranked eighth. Nissan and Suzuki were on the 2014 list but didn’t make the cut this year. GM was not on the list last year when it was embroiled in the recall over defective ignition switches.

“Reputation matters,” Scott Upham, an institute vice president, tells WardsAuto in an email. He characterizes Honda’s fall from 42nd in 2014 to 61st this year as “a direct result of a sharp decline in the public’s confidence regarding…the quality of the company’s products and services.”

He suggests Honda’s massive recall of cars equipped with Takata airbags last year is the cause of the automaker’s plunge in the survey’s ratings. Upham also notes the Fit was recalled numerous times last year and contributed to Honda’s quality issues.

Honda’s U.S. sales plunged 5% in March, which Upham blames on the automaker’s blemished reputation. One consequence of Honda’s quality issues is its decision to pull back from a target of 6 million unit sales globally by 2017.

The institute claims reputations influence a willingness to buy stock in companies and impact stock prices and crisis resiliency. “The majority of consumers will give reputable companies the benefit of the doubt in a crisis, compared to only 20% for companies with a poor reputation,” the institute says in a news release.

“Improving reputation by five points coincides with a 6.3% increase in recommendation and a more than 5% increase in propensity to buy,” Bedard says.

The study, which was conducted in the first quarter of this year, measured the reputations of the most highly regarded companies in 15 countries. More than 61,000 consumers were interviewed about their perspectives of what drives their trust in, and support of, these 100 companies and how the companies are living up to their expectations.