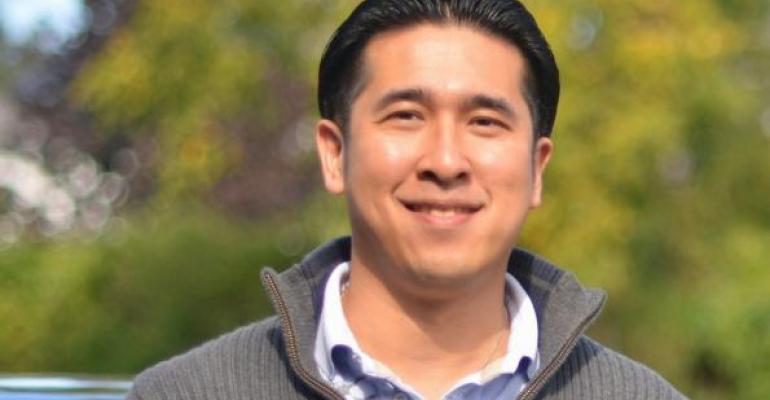 An analysis covering three decades of auto recalls says Porsche has the lowest recall rate and Volkswagen Group the highest.

General Motors has the best recall timeliness of the major automakers. Tesla earns the top spot for recall proactiveness.

The VW Group has fully owned Porsche since 2012, but iSeeCars.com treats Porsche separately because NHTSA data lists it as a separate manufacturer. On the other hand, the VW brand and VW Group’s Audi luxury nameplate are treated as one.

The VW Group is in the cellar with more than 1,800 vehicles recalled per 1,000 sold. (The former number exceeds the latter because the same vehicle could be recalled multiple times for different reasons.)

“This is surprising because VW cars are usually highly rated; Audi was Consumer Report’s top rated brand in 2016,” says Phong Ly, CEO of iSeeCars.com, an automotive data and research company with a used-car marketplace website.

It’s not expected to get better for VW. The continuing recall of VWs with diesel engines affected by the automaker’s cheating on emissions tests will make its future recall rate even worse, he says. 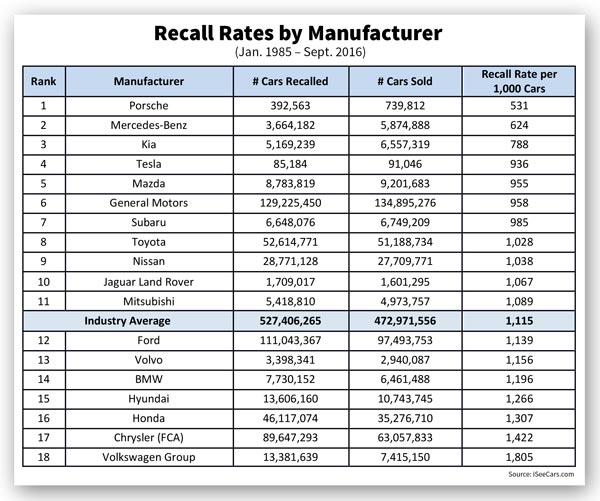 “It’s interesting that over the long term there’s no direct correlation to manufacturer size, country of origin or longevity of U.S. sales, which points to the way recalls are handled as something very specific to the auto manufacturer,” Ly says.

Individual differences in automakers’ approaches to recalls can be seen in the severity of the recall problems, and recall rates should be looked at in that context, he says.

For example, while 88.1% of vehicles are recalled for major problems that could cause death, crashes, injury, fire or accidents, some recalls can be for relatively minor problems, such as a misprinted phone number in the manual.

While General Motors ranks No.6 in the recall rate, 90.1% of the cars recalled are for issues with possible dire outcomes. Conversely, VW has the worst recall rate but has a lower percentage (77.6%) of vehicles with severe ramifications.

VW’s recall rate may be high because the company is more willing to issue a recall for a wider range of problems, the study says.

Similarly Volvo, which has a reputation for safety, has a less than stellar recall rate (No.13 on the list with 1,115 recalls per 1,000 cars sold). However, 71% of Volvo's cars are recalled for dire consequences, the lowest of any automaker. 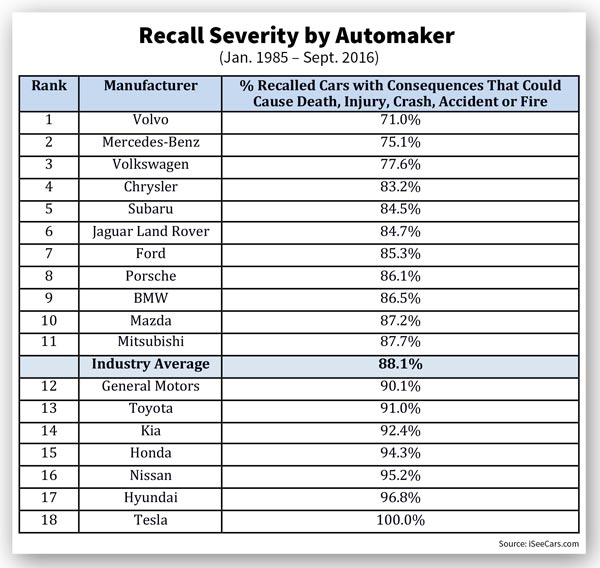 “A key reason for this increase is attributable to the very large recalls in recent years, such as the Takata airbag and the GM ignition-switch recalls,” Ly says.

To assess timeliness, iSeeCars.com analyzed the number of recall campaigns from January 1985 to September 2016 and compared that with the number of campaigns involving vehicles within three years of their sale. That was done to determine how quickly automakers issued recalls.

As an industry, manufacturers issued a recall within the first three years 66.6% of the time.

“Timeliness is really a measure of how the car manufacturer handles recalls internally,” Ly says. “Automakers know there are bound to be recalls, and how quickly they act has more to do with their process to assess reports of possible safety issues, conduct internal research or tests and determine a course of action.” 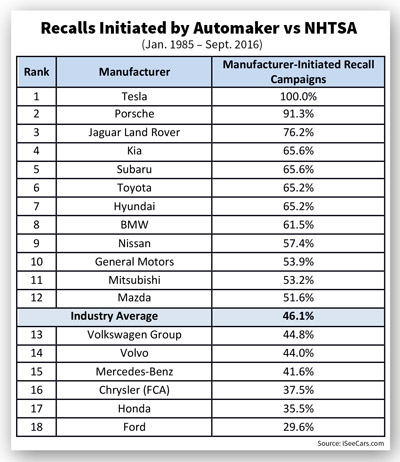 Tesla was the most timely at 100%. GM had the best recall timeliness of the major automakers at 74.7%.

“Despite the well-known ignition-switch recall in 2014, GM’s recalls have historically occurred within the first three years after production,” Ly says.

Mazda had the worst timeliness, largely due to major recalls in 2015 for ignition switch short-circuiting problems that affected vehicles dating back 20 years.

Ly says that while it’s not fair to expect all problems will be caught solely by a manufacturer, it does reflect the automaker’s proactiveness if a large proportion of its recalled cars were a result of NHTSA-initiated investigations over its own.

It’s no surprise Tesla is the most proactive manufacturer, as it only started selling cars in 2008 and maintains a more direct relationship with its smaller customer base, Ly says.

But he finds it interesting Ford ranked last, with only 29.6% of the cars recalled throughout 31 years resulting from problems it found on its own. The industry average is 46%.

Of the 20 recall campaigns each involving more than a million Ford vehicles, NHTSA initiated18 of them, the study says.