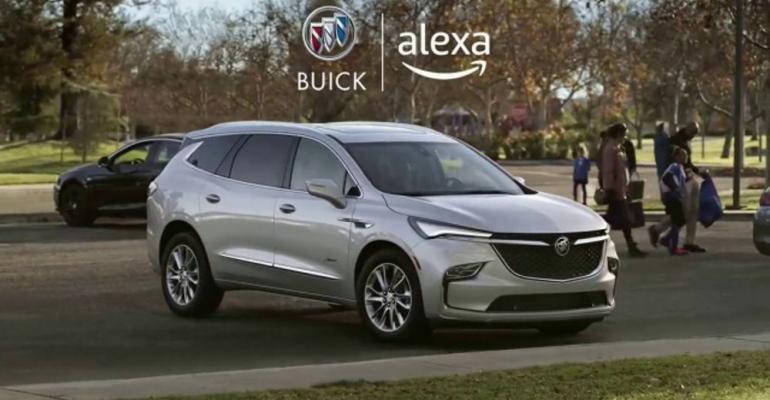 Nearly every carmaker in the list dedicated the most estimated national ad spend to the NBA playoffs, with the notable exception of Infiniti for its “Wild World” spot.

Buick takes the top spot in iSpot.tv’s latest ranking of the most-viewed automotive commercials – the ads that have generated the highest number of impressions across national broadcast and cable TV airings.

The week of May 9 saw Buick boosted by the highest estimated national ad spend among the top five auto advertisers, at $3.4 million. Nearly half of that budget, $1.6 million, was dedicated to the NBA playoffs, with the NHL playoffs coming in a distant second at an estimated $265,000. The eyeballs followed, with the NBA delivering over 52 million impressions and the NHL second with over 13 million.

Not surprisingly, the NBA playoffs proved a popular target for auto ads this week. Nearly every carmaker in the list dedicated the most estimated national ad spend to the games, with the notable exception of Infiniti for its “Wild World” spot.

For second-place Cadillac, the playoffs ranked fifth among the programming delivering the most impressions, with the Today show taking the lead. Fourth-place Toyota gained most of its impressions from the playoffs as well, as did fifth-place Kia.

Third-place Infiniti, meanwhile, opted for news programming, such as Jesse Watters Primetime, Your World With Neil Cavuto, and Fox & Friends.