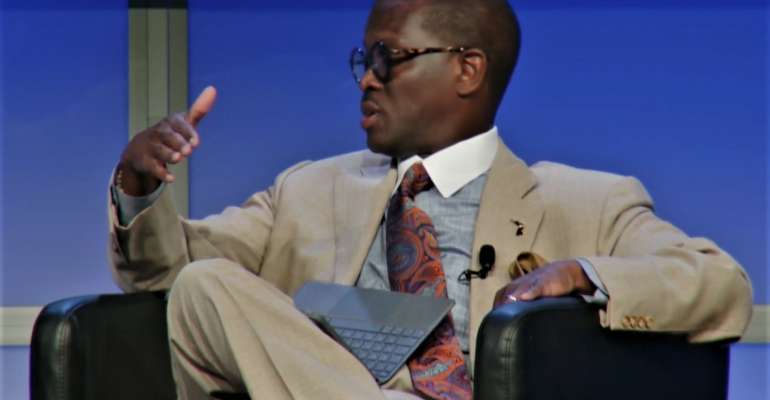 “It’s a competitive landscape,” MEDC President Quentin Messer says of the new age of mobility. “There is a lot of competition from other states.”

Instead, she became otherwise engaged for a quickly assembled meeting with President Joe Biden concerning a recently passed bill that will provide $280 billion to increase domestic semiconductor manufacturing.

Michigan has been hard hit by a semiconductor shortage because the auto industry relies heavily on them to produce modern vehicles. The shortage has forced automakers to cut vehicle production despite high consumer demand.

Carla Bailo (pictured, below left), head of the Center for Automotive Research, which stages the annual MBS event in Traverse City, MI, had intended to share the stage with Whitmer. 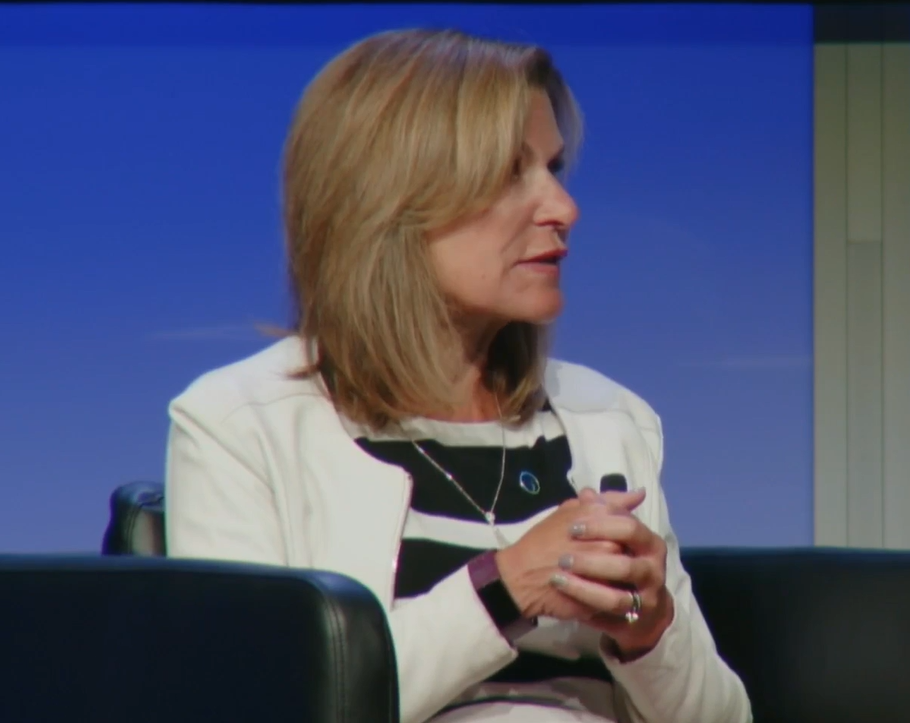 She quips to the audience that she was outranked.  “Let’s see: Bailo or Biden? Bailo or Biden? It wasn’t me. The governor desperately wanted to be here but hasn’t figured out a way to clone herself.”

Michigan has long been the epicenter of the U.S. auto industry. The state is determined to keep it that way as the industry moves deeper into the electric-vehicle age and closer to the autonomous-vehicle era.

“It’s a competitive landscape,” Messer says of the new era of mobility. “There is a lot of competition from other states.”

For example, most non-domestic automakers have located their U.S. factories in southern states that worked hard to get them. Still, Michigan remains the No.1 auto producer.

“First, nothing is assumed just because we’re the state that put the nation on wheels.

“Third, it is not just incentives (which states often use, particularly through tax breaks, to lure business). It’s also speed to market. The governor wants to make sure of that.”

Messer also speaks of “making it easier for companies to plug into the ‘Team Michigan’ solution.” One way is “to be a state of lifelong learning.”

Messer, a Louisiana native, says the auto industry took root in Michigan because “it has always welcomed the rest of the world,” from European immigrants to southern U.S. migrants who were drawn to auto industry jobs.

Michigan, “more than anywhere else,” has been a place that rewards hard work, risk-taking and playing by the rules, he says.

He predicts the next generation of mobility will depend on more racial and gender inclusiveness and “will welcome anyone who wants to join the team. This is competition where financial and human capital are important.”

Bailo, who soon will retire as CAR’s president and CEO, asks Messer what it will take to persuade young people to stay in Michigan to work in the mobility sector.

He responds, “We’re all seeking to live lives with meaning and intellectual development – and be compensated for it. Let’s realize that. The future in mobility will provide option value.”

He calls for educating public officials on what is happening in the automotive sector. “And we need to support the state’s educational sector so that future generations here keep putting the U.S. on wheels.”