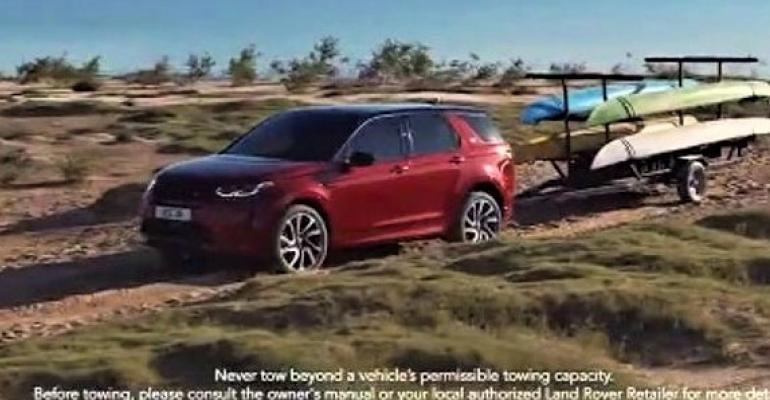 In its first-place ad for the week of Sept. 21, Land Rover encourages viewers’ wanderlust.

A Land Rover spot that collected more than 325 million TV ad impressions leads iSpot.tv’s latest ranking of the most-viewed automotive commercials — the ads that have generated the most impressions across national broadcast and cable TV airings.

In its first-place ad for the week of Sept. 21, Land Rover encourages viewers’ wanderlust. During the brand’s Call to Adventure Sales Event, customers can get zero-percent APR for up to 72 months on the ’20 Discovery Sport.

The adventure theme continues with the No.2 ad from Chevrolet, which shows how the middle of nowhere can actually be somewhere for intrepid explorers and extreme sports enthusiasts, especially if they’re driving the ’21 Trailblazer.

Nissan slips from first to third place with its enduring ad featuring actress Brie Larson, who demonstrates key features of the ’20 Sentra such as rear automatic braking and Nissan Intelligent Mobility.

At No.4, Honda announces the redesigned CR-V is now available as a hybrid, and current CR-V owners can get lease deals when upgrading to a new model. Notably, this ad performed 4% better than the norm for auto ads when it came to viewer attention.

4. Honda: Wherever You Go