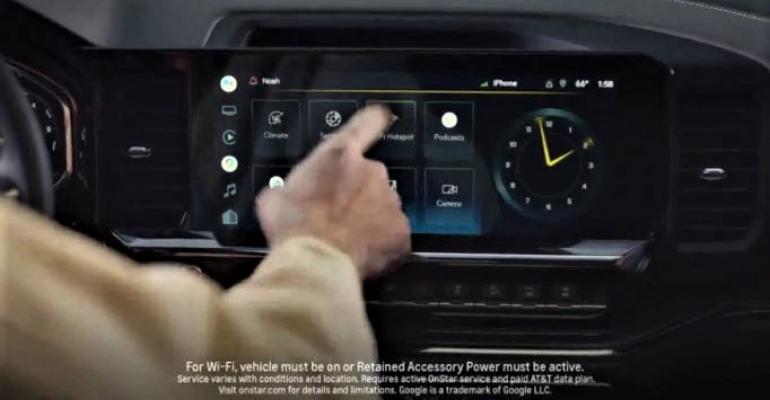 Chevy ‘Works’ for Most-Seen Auto Ad, With Eye to ‘Future’

Chevy had two of the most-seen ads during a low-spending week, according to iSpot.tv.

Automakers dialed down their TV ad budgets during the week of June 20, with few tentpole events to target. The combined estimated national ad spend for iSpot.tv’s five most-seen ads of the week totaled less than $5 million, with three of the ads backed by less than $1 million each.

Chevy took the No. 4 position as well, with “The Future Is Right In Front Of You.” That ad leveraged special sports events such as the NHL Stanley Cup Finals and the PGA Golf Tour to deliver the impressions.

Between the two, Ace Metrix survey data ranks “The Future” as the favorite among respondents. The ad boasts an overall Persuasion Score 10.1% above industry norms. However, “Work Remote” retained the highest Brand Match score of 90% (the percentage of viewers who remembered it was a Chevy ad after viewing it).

Cadillac, meanwhile, continued to air its Lyriq TV spot, with the Stanley Cup Finals delivering over 34 million of its 204 million impressions. Notably, the ad had the best Ace Metrix Product Match score (the percentage of viewers who remembered it was about the Lyriq model after viewing it).

Dodge’s “We Only Do Power” also remained a mainstay on the list at No.3.

Acura made its debut on the list with “Magic.” The ad was featured primarily on reality shows including Southern Charm, Below Deck, Expedition Unknown and Real Housewives of Atlanta.

Dodge: We Only Do Power

Chevrolet: The Future is Right in Front of You