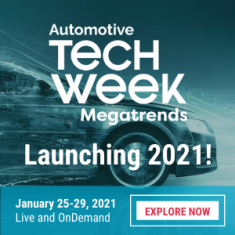 Land Rover Defender Poised for Comeback
Nov 22, 2019
The new Defender, which last appeared in the U.S. 22 years ago but has lived on in memories of diehard fans who loved the vehicle’s squared-off look, has been crafted to appeal to both off-roaders and everyday buyers, JLR marketing director Finbar...

New Mazda CX-30: Premium Style at Mainstream Price
Nov 21, 2019
Mazda wants people to buy its new subcompact crossover because they want it, not because they need it.

Kia Debuts Seltos Small CUV, Refreshes Niro Hybrid
Nov 20, 2019
Due on sale in first-quarter 2020, the Seltos will slot between the Soul and Sportage in Kia’s U.S. crossover lineup, the automaker says.

2020 North American Car, Utility, Truck Finalists Announced
Nov 20, 2019
The awards are unique because they are selected by a jury of automotive journalists from numerous outlets in the United States and Canada.