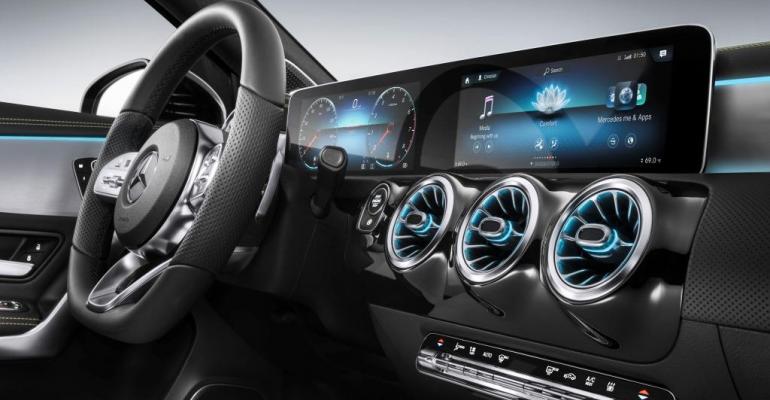 CES Becoming Most Important Auto Show in the World

The auto and electronics industries only meet in one place en masse once a year. It&rsquo;s Las Vegas, where CES is sucking us all in like a giant swirling black hole of insatiable expectations.

LAS VEGAS – With some 300,000-sq ft. (28,000 sq. m) of automotive exhibit space, the Consumer Technology Assn. claims the vehicle-related footprint of the CES show here makes it the fifth largest stand-alone automotive show in the U.S.

By global auto show standards of size, attendance and new-vehicle unveilings it’s small, but in terms of industry influence, CES is beginning to surpass the big shows in Detroit, Los Angeles and the rest of the world.

The technology gods have spoken: In the future, everything will be connected to the internet, from your doorbell and washing machine to entire cities. All personal mobility devices, whatever shape they may take, also will be part of the appropriately labeled “Internet of Things” (IoT).

In order to remain relevant to society and Wall Street, automakers have to integrate their products and brands with the IoT.

That’s why frequent-flyer royalty, globetrotting automotive technologists, product planners and purchasing managers, all found themselves competing for cramped middle seats on planes bound for Las Vegas last week. You could see it in their faces. Nobody was eager to go, but everybody knew they had to be there.

Mostly CES is a show about creating demand for products and services that won’t be available to consumers for five or 10 years. It’s perfect for automakers and suppliers who have 3- to 5-year leadtimes. They showed off new IoT strategies and user experience and autonomous car tech.

Ford executives explained their ideas for “a partnership platform that connects everyone to everything,” and talked about how “Freedom of movement drives human progress and we need a new way of looking at freedom of movement.”

Bosch, among many announcements, demonstrated an amazing ultrasonic haptic technology that allows drivers to feel virtual controls and buttons in thin air.

Some of this tech is almost production ready, but it will be years before it is fully tested and finds its way onto future vehicle platforms.

Even though the technology is years away, attendees waited in line for hours to attend keynotes such as Ford’s; happily endured 2-hour press conferences (NVIDIA’s) and pushed and shoved their way through booths to see the latest exhibits.

Yes, consumers like the human crush of auto shows, but the atmosphere is different at CES. It is a trade show for business people and fueled not by optimism about the future, but the fear of missing out or being left behind.

The good news for traditional automakers, what Tech likes to call “incumbents,” is they no longer are seen as obsolete businesses that will be conquered and replaced.

After rightly being criticized for moving too slowly into the digital world, the traditional auto industry now is moving at a pace that is surprising even Silicon Valley.

General Motors has beaten Tesla to the punch with an affordable long-range electric car. It’s also first to be ready to mass produce autonomous cars.

Tech companies now realize they need the traditional auto supply chain to commercialize their ideas and that there are far more growth opportunities in transportation than in gadgets and fancy TVs.

Mobility Never Will Be Just Transportation

That’s because cars and trucks never will be mere nodes in the IoT. What the tech world still doesn’t understand is that personal mobility isn’t about just transportation and never will be. Ford learned the hard way back in the 1920s with the Model T. It was the most-affordable, practical and efficient product on the market, but it eventually lost out to new more expensive products that pushed emotional buttons.

“It’s not about the city getting smarter, it’s about humans having a better day,” Ford CEO Jim Hackett said in his keynote address.

Automakers know how to give people better days. They make products that not only transport us, they bring smiles to our faces with great designs, they elevate our social status with prestigious brands and they make us feel safe in a dangerous world.

The major auto shows will continue to make tire kickers and auto enthusiasts happy and they will attract millions of visitors. But the global intersection of the electronics and transportation industries has created a massive co-dependent relationship that represents something much bigger.

And these giant industries only meet in one place en masse once a year. It’s Las Vegas, where CES is sucking us all in like a giant swirling black hole of insatiable expectations. It is going to be the most important auto show in the world soon. God help us all.