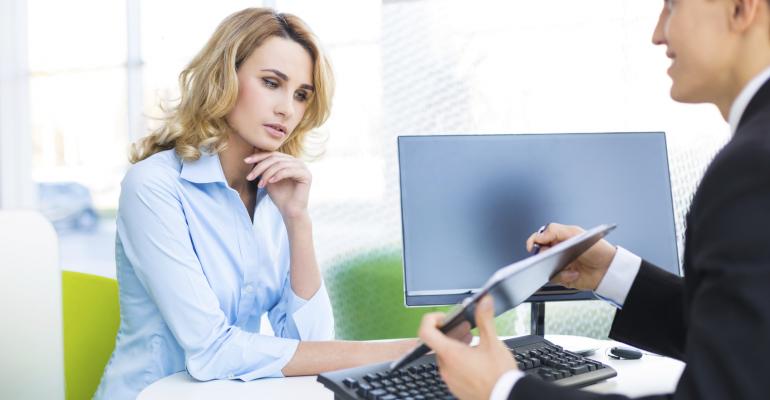 &ldquo;So customers are evaluating their cars?&rdquo; a dealer asked incredulously when an online tool was first introduced.

Four years ago, Juan Flores of Cox Automotive fielded a couple of skeptical questions from dealers at a meeting where he explained a then-new online tool that lets consumers calculate the value of their potential trade-in vehicles.

“So customers are evaluating their cars?” a dealer asked incredulously, wondering about the possibilities of the do-it-yourself efforts leading to overvaluations and imprecise condition reports.

Cox, which owns both Autotrader and Kelley, guarantees customers will receive the calculated amount of a trade-in, provided they follow the process and come up with a reasonably accurate valuation of their current vehicle.

About 4.2 million people this year are expected to use the tool that typically is on dealer websites, Flores says.

The aim of the DIY valuators is to alleviate a big pain point of a vehicle transaction: the trade-in process. One survey places it last in satisfaction scoring, with many customers voicing skepticism over how dealers determine trade-in values and often thinking they’re being lowballed. (Many times, they’re not, but it’s a case of perception trumping reality.)

To allay such disagreement and discontent, “a dealer should leverage a third-party validator, such as Kelley or one of our competitors, instead of using the traditional, ‘Let me figure it out,’” Flores tells WardsAuto.

“But whichever valuation tool a dealership signs up for, it requires buy-in from the general manager all the way down to the salesperson,” he adds. “It’s not plug-and-play. You’ve got to stay at it.”

That essentially means helping consumers understand what goes into a trade-in valuation and how certain factors affect vehicle value.

“Follow a standardized process, and manage consumer expectations,” Flores says. “Dealers who do that with trade-ins are able to monetize it through higher sales conversions.”

Some dealers could do a better job of educating consumers on the elements of a trade-in, he says. “Help a customer understand that something such as a mismatched tire affects the value. Same with those dents and dings that occurred over a five- or six-year ownership.”

Accuracy of consumers appraising prospective trade-ins on their own depends on a few factors. One of them is entering the vehicle identification number. The VIN precisely identifies a vehicle, its trim level and more.

Then there are a series of questions the customer is asked to determine the condition of the car. Those include whether a full set of keys and fobs is available, whether occupants have smoked in the car and if maintenance records exist.

Much of the success of the online valuation involves “creating a condition quiz that is engaging and allows the consumers to really understand how to depict their cars,” Flores says.

How often does a person arrive at a dealership in a vehicle in a condition that doesn’t match what was submitted on the trade-in valuator?

“It happens,” Flores says. “It’s the minority of the time, but it still happens. When it does, the dealership and customer should partner in doing a walk-through to reassess the condition of the vehicle. You can define that as transparency.”

Differences of opinion on vehicle’s value aren’t the only thing that can hinder a trade-in, he adds. Another is negative equity.

With increasing vehicle prices and longer loan terms stretched out to keep monthly payments palatable, a car owner can become upside down on a loan in a trade-in situation.

That happens when the remaining loan amount is greater than the value of the vehicle. It can impede someone from trading in a vehicle for another one.

He lauds dealers for knowing how to reposition an upside-down customer into a less-expensive vehicle or a more-affordable used vehicle.

“Dealers are magicians at that. They take all the input, put customers in vehicles that meet their budgetary limits and make their day.”