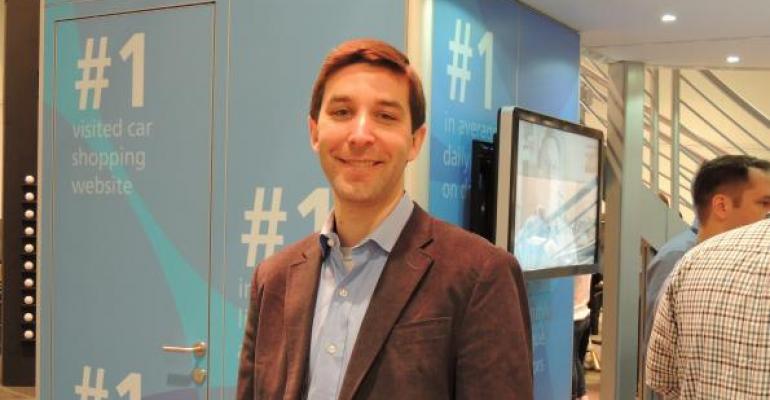 CarGurus' senior director-product, draws distinctions when asked if a new product, SEM Plus, isn’t competing against the company that offers it.

It almost seems as if CarGurus’ new digital product sets up dealers to compete against the company itself.

The offering, SEM Plus, aims to help dealers better run their own digital marketing programs so they will garner more search-engine clicks, directly reaching high- and low-funnel buyers alike.

The goal is to drive traffic straight to dealerships’ online and physical sites, the company says. But wouldn’t that conflict with CarGurus’ core website business model of serving as a middleman that links vehicle shoppers to sellers?

Andrew Grochal, the company’s senior director-product, draws distinctions when asked if SEM Plus in a way isn’t vying against the company that offers it.

CarGurus works with more than 25,000 subscribing dealers. Grochal doesn’t foresee an exodus from other CarGurus’ digital services just because dealers sign on with SEM Plus.

“If any dealership is doing SEM (search-engine marketing) on its own, it is competing with us anyway,” he tells WardsAuto.

He expects many dealers who use SEM Plus to enhance their own digital marketing campaigns mainly will tout their fixed operations, promote financing and build individual brands –  areas the CarGurus website doesn’t get into. It focuses on vehicle sales.

“We built SEM Plus for dealers,” Grochal says. “Enough of them asked us to build it for things that apply to them. Dealers who asked for it were both large and small.”

The product centers on buying effective keywords to garner more online clicks and ultimately sales, he says. “Anyone can buy clicks. It is quality clicks you are after.”

CarGurus bills itself first and foremost as a technology company that has spent years mastering SEM. “The reason a dealer would pay for SEM Plus is to get access to our technology and systems,” Grochal says.

“CarGurus has been a Google Partner for years, and we are up to speed on AdWords’ best practices, betas and new features,” Grochal says. “That knowledge will be shared with our SEM Plus customers.”

He has been with the company for three years. He holds an MBA degree from Harvard. “I’m a tech guy, not a car guy, though I’ve learned from dealers.”

Among his acquired knowledge is that dealers aren’t terribly interested in the inner workings of technology. “They want to sell cars.”