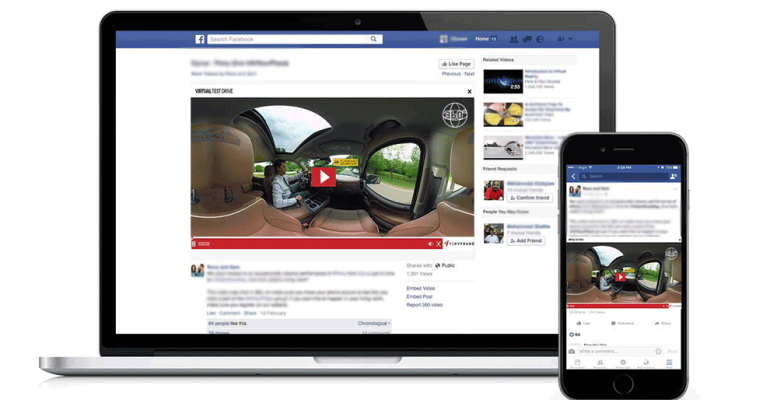 Log on Rather Than Hop in for VR Dealership Test Drives

&ldquo;VR is not a fad,&rdquo; says Nick Cybela of FlowFound, a company that creates virtual-reality test-drive videos for dealers. &nbsp;

In the past, car shoppers wanting a test drive would head to the local dealership, but virtual reality has changed that, says Nick Cybela, CEO of FlowFound, a company specializing in VR products and services.

Instead, consumers can use their mobile devices or PCs to connect with dealership websites that offer FlowFound-shot virtual-reality test-drive videos. Dealership sales staffers drive the vehicles and provide a running commentary. Viewers are elsewhere but can angle in (or mouse about) for a 360-degree look at the vehicle’s interior. It works across any dealer website provider and does not require a VR headset.

“It’s like they are sitting in a car,” Cybela says.

The videos also can demonstrate advanced-technology safety features such as automatic emergency braking or lane-keeping assist. It shows safety features a salesperson probably wouldn’t want to show on an actual test drive.

The VR test drives aren’t intended to replace the real thing, but rather serve as a prelude and a way to engage early with customers.

Atlanta-based FlowFound provides VR video services, software and products such as kiosks and headsets to various industries. The company is stepping up its efforts to become more involved in the automotive industry. “VR is a way to help sell cars,” Cybela says.

He’s emphatic “VR is not a fad.”  He cites various statistics supporting that, such as Goldman Sachs predicting VR will become an $80 billion industry by 2025.

Various auto brands are dabbling in VR. For instance, Cadillac is encouraging some of its dealers to offer virtual showrooms as a way to stock fewer vehicles. Toyota has a 35-person VR team. At several Audi dealerships, customers can don headsets with goggles to see the entire vehicle lineup.

In other product offerings, FlowFound leases two types of VR kiosks for use at dealerships and off-site locations such as shopping malls and special events.

One kiosk is a standard model with a video screen that provides the VR test-drive experience. A more upscale kiosk is more enclosed, with a place for users to sit and use VR headgear that allows for 3-D viewing, tracking and interaction.

“We recommend putting a kiosk not in the showroom, but in the service department,” Cybela says. The logic is that people biding their time while waiting for car repairs are more likely to check out the kiosks.

The Big Story: Time Traveling to Dealership of the Future
May 08, 2017