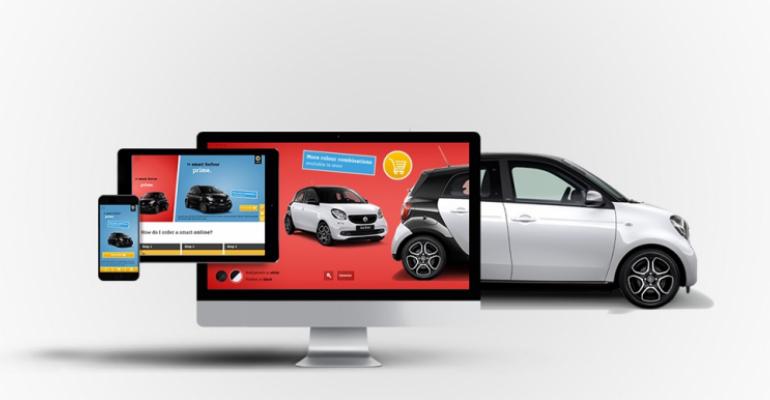 Buyers using the delivermyride.com website can select a competitively priced new car from their couch – and have it delivered to their door the next day.

Using their website ,www.delivermyride.com, buyers can select a competitively priced new car from their couch – and have it delivered to their door the next day.

Karmanos sees it as an opportunity to “disrupt the outdated car sales process” that can frustrate consumers.

“I’m a senior and even I use the web to buy things. What do you think the next generations will demand from their car buying experience?” Karmanos says. “They do everything online because it’s efficient.”

Enter McInerney, a member of the McInerney dealership family that has its roots in Detroit and started selling Chrysler and Plymouth vehicles in 1964.  He ran Star Lincoln Mercury (below, left) in Southfield, MI, for 15 years.

He left the car business in 2006 and became a first-time consumer when looking for a small SUV for his daughter.

“I hopped online and started searching for lease deals, low lease payments, but all I found were sites that showed really unrealistic prices or directions to nearby dealers,” McInerney says.

The lack of real information was frustrating, he says, so he set out to fix the problem.

"When I met Pete through a mutual acquaintance, I told him my idea,” McInerney says. “It started out pretty basic but has grown to be a very intricate problem to solve.”

Karmanos says he earlier had launched Lenderful, an online system to streamline the mortgage-approval process.

“Mike’s plan looked really similar and looked like an easy plug-in for a different industry,” he says. “The demands from the consumer, however, and the complicated inner workings of a car transaction required a deep dive into auto data and significant investment in technology.”

McInerney says that after launching their site, they learned the online consumer wants instant results: “Waiting for a dealer to quote a price, if even for a half hour, was too long. The customer was on to the next thing.”

Using MadDog Technology’s team of veteran technicians and developers, Deliver My Ride evolved into a complete online car-buying solution, from search to comparisons to finance to delivery. Karmanos is chairman and co-founder of Mad Dog Technology. 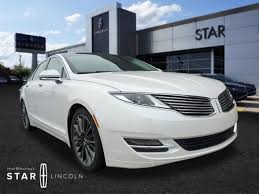 We created a functional site, not a web page,” McInerney says. “Everything you can do at a dealership, you can do on our site, except test drive.”

McInerney says there are two key differences between his site and the Carvana online site.

“First, they only sell used cars, not new,” he says. “Second, they sell their own inventory, not dealers’.”

Karmanos says the ability to compare information is the key to getting a great price.

“How much time and energy would it take you to negotiate pricing from three Ford dealers, three Chevy dealers and three Buick dealers?” he asks. “We gather and organize dealer pricing incentives, lease rates and inventory data for over 10,000 vehicles in one application.”

The platform is as much a tool for the dealer as it is the consumer, McInerney says.

“The dealer is our supplier, and that’s one thing that’s not going to change,” he says. “In addition, the dealer wants to advertise their vehicles where the consumer will see it. Displaying their inventory on a site like ours gives them more relevant exposure.

“One of the biggest things I spent my time on when managing a dealership was finding, training and retaining salespeople. Deliver My Ride acts as a digital salesperson for the dealer, without the overhead.”

Karmanos adds: “The manufacturer spends millions on R&D and advertising. It only makes sense that the car-buying experience supports those efforts. More and more manufacturers are including the convenience of pickup and drop-off for service vehicles, so they love this.”