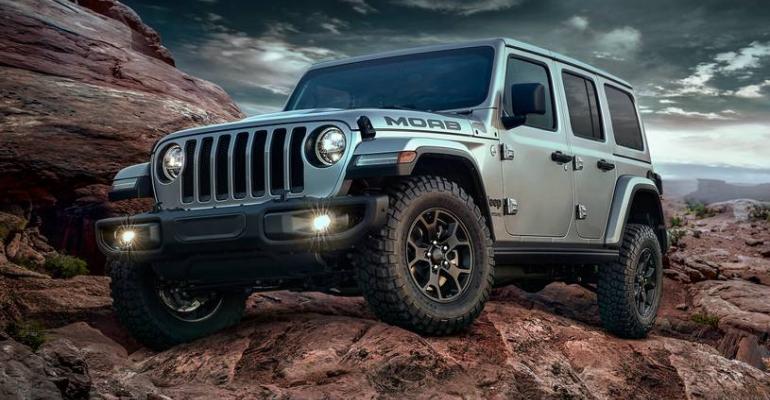 Jeep - Stellantis
“This is unprecedented in used-vehicle pricing,” says iSeeCars’ Brauer of high prices for Jeep Wranglers and other makes and models.
Dealers

iSeeCars Study shows some three-year-old cars are worth more than they were new.

As inventory shortages drag on for some automakers, many dealers are counting on used-car acquisitions to maintain their profitability.

And a recent iSeeCars study shows that might not be as difficult as predicted. For the first time in recent history, a number of cars have appreciated in value or at least depreciated much less than expected. iSeeCars credits high demand and low vehicle supply with turning some vehicles into appreciating assets or resulting in slower-than-usual depreciation.

“This is unprecedented in used-vehicle pricing,” says Karl Brauer, executive analyst at iSeeCars. “Finding multiple three-year-old used models worth more than their new MSRP is something we’ve not seen before.”

That’s welcome news for dealers. Dealership respondents to a recent Wards Intelligence survey appear hungry for profitable used-car sales. Almost half (42.5%) of all respondents expect used-vehicle sales to increase their dealerships’ revenues in the next 12 months. That compares with 34.4% who expect new-car sales to increase revenue.

It’s doubtful that acquiring the specific models that have risen in value or marginally depreciated will overhaul a store’s lack of inventory, but it may well make up for some profits lost by shortages. Still, dealers can expect sizable profits from sales of vehicles that appreciate.

“As we get further and further into a post-pandemic world where prices are very high for both new and used, we’re going to see dropping depreciation,” Brauer tells Wards. “Depreciation after three years is normally about 35%. Last year, it was 23%. This year it’s 16.9%. That’s a huge drop again. So what’s really surprising is that there are cars that are worth more when they are three years old than they were new.”

That’s especially welcome news considering the recent Manheim Market Report (MMR) indicates larger-than-normal declines in its Three-Year-Old Index that measures pricing trends in the used car market. Adding to dealers’ used-vehicle quandaries is the challenge of forecasting the market price and the expense of reconditioning.

Yet there are plentiful positives in the used-car market beyond the appreciating models. MMR reports used-vehicle prices have not seen significant declines and retail demand is stable.

The iSeeCars report shows three of the models that increased in value over sticker price are the same as the top three models with the lowest five-year depreciation: the Porsche 911, Jeep Wrangler and Jeep Wrangler Unlimited. The other models include another Porsche model, the Porsche 718 Cayman, as well as the Toyota RAV4 Hybrid.

“What we’re saying to dealers is that if you can acquire any of these cars for a decent price, you're probably going to do quite well when you resell them,” says Brauer. “Plus, there are opportunities for F&I, parts and even accessories that will add to (dealerships’) profits.”