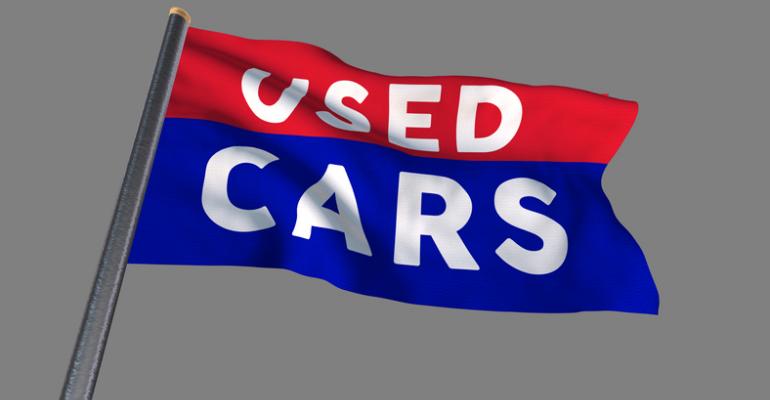 “Without question, inventory supply is the No.1 issue these days,” Bob Grill of Carfax says of auto retailing.

“Dealers are buying as many used cars as they can get,” says Tom Kontos, chief economist for KAR Global, an auto auction company.

The current new-car shortage primarily stems from not enough microchips to go around for automakers to build a sufficient number of vehicles to meet a strong demand.

“The chip shortage may limit new-car sales, but it is giving the used-car market a tailwind,” Kontos says during an online panel discussion hosted by the American International Automobile Dealers Assn.

Dealers acquire used-car inventory in various ways. Sources include auto auctions and trade-ins as well as off-lease and off-fleet vehicles.

Dealers get first crack at acquiring off-lease vehicles. If they take a pass, the vehicles go to auction. But that’s happening less these days.

“Dealers are taking all off-lease cars they can,” Kontos says. Current high rates of so-called “upstream” purchases have reduced auction action. Brick-and-mortar auction volumes were off 20% in 2020 and remain down this year.

The used-car market is strong across all models, but the demand for pickup trucks is “amazing,” Kontos (pictured, below left) says. 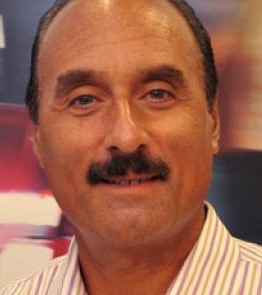 He notes the U.S. economy in general and the auto market in particular remain relatively strong despite COVID’s fallout. Moreover, government stimulus checks have helped prop up the economy during the pandemic. “There is so much money out there” for vehicle purchases, Kontos says.

Citing various reasons, he points to a “drought” of used-vehicle inventory. That’s in part because rental and commercial fleet turnovers were off last year, putting fewer vehicles on the market. It contributes to the dealer scramble to find pre-owned vehicles to replenish their inventories to match demand.

He recommends dealers perfect their trade-in process to enhance used-car operations that are as hot as ever. 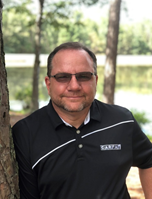 Not every trade-in is valuable enough for a franchised dealer’s used-car lot, especially beaters with six-digit odometer readings. But high mileage is less of an issue these days, says panelist Mike Rossman, an automotive consultant. “A lot of (consumers) are OK with high mileage.” That speaks to the quality and durability of today’s vehicles.

Detail and change the oil of trade-ins put on the lot, he says, but cautions the service department should not soak the used-car department in getting a used vehicle lot-ready. (It’s not unheard of for one dealership to price-gouge another for services rendered.)

“Service should be fair to you,” Rossman (pictured below, left) says, addressing used-car managers. “If they are running a $50 oil-change special to customers, they shouldn’t be charging you $70.” 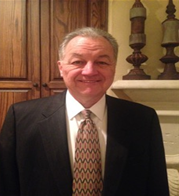 He cites an egregious case involving an internal order that ran $70 to replace windshield wipers. “You wouldn’t do that to a retail customer. Everybody should be fair with each other.”

Grill recommends that a dealership invite a consumer potentially trading in a vehicle to attend the appraisal process. “Have the customer part of it. It removes the mystery and wins more trades. They like to be involved.”

He also advises appraisers to “ask the right questions” of such customers. Those include whether they bought the vehicle new (being the only owner is a positive) and whether it has ever been in an accident (a negative).

Such factors affect vehicle value. An example Grill gives is the price difference for the same vehicle: a 2017 Infiniti QX60 with a premium trim, front-wheel drive and 34,000 miles (54,400 km) on the odometer.

A model that, among other things, had one owner and no accident history would retail for $25,750. The same model that had been in an accident, came from a daily rental fleet and was in poor condition would go for substantially less: $22,500.

Another way to obtain used-car inventory is to ask customers who are in for service work if the dealership could buy their vehicle, Rossman says. Use the right approach. “Focus on buying their car, not selling one of yours. Think retail acquisition, not sales. That’s fundamental.”

His tips for enhancing such vehicle acquisitions include offering a free appraisal; displaying in the service department and its waiting room a list of vehicles the dealership would like to buy; and spiffing service department employees with a finder’s fee.

“If you can pick up seven to 10 vehicles a week that way, it dramatically increases your used-car inventory,” Rossman says.

He says it “continues to be red hot, and prices remain at record levels. This isn’t going to change in the foreseeable future.

“Year to date, wholesale prices have increased a massive 32% while used retail prices are 10% above where they were at the end of 2020.”