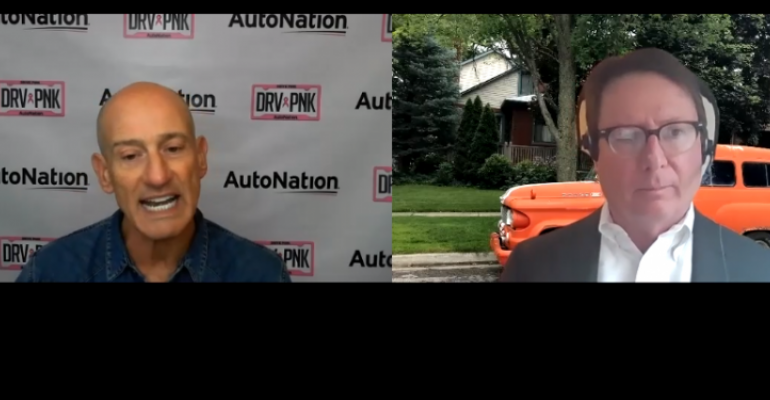 “For everybody in the retail world, service is a great opportunity,” AutoNation’s Marc Cannon (left) tells Reuters’ Joe White.
Dealers

Service Makes the Difference in Age of BEVs, Online Sales

“We’re not like some of these companies that are just going to sell you a used car,” says AutoNation’s Marc Cannon. “That’s a key part of this business. You have to service the vehicles.”

Dealerships have physical locations that offer service and parts, and that’s a key advantage over electric-vehicle startups and online-only used-car sellers with no local presence,

“We’re not like some of these companies that are just going to sell you a used car,” says Marc Cannon, chief customer experience officer for AutoNation, based in Fort Lauderdale, FL, the biggest U.S. new-car retailer. “That’s a key part of this business. You have to take care of these vehicles – you have to service the vehicles.”

Cannon says having an established service network also is an advantage in a couple of ways as the U.S. auto industry transitions to battery-powered electric vehicles.

One, vehicles with internal-combustion engines have a long “tail,” he says, meaning they will last for decades and need to be serviced at dealerships for decades, even if new-vehicle sales ultimately become entirely electric.

Two, if they wanted to create one, EV startups and online-only sellers would need to build a service network from scratch, Cannon says. “For everybody in the retail world, service is a great opportunity,” he says during a live, online interview April 12 with Joe White, Reuters global automotive industry editor.

“We as retailers have an advantage over the so-called digital companies,” Cannon says. “We’re going to be taking care of those vehicles. They haven’t set up service facilities yet.”

The absence of a customer-facing physical location is a key disadvantage for online-only sellers such as Carvana and Vroom, says Ryan Osten, chief operating officer of Gubagoo, based in Boca Raton, FL, in a separate April 12 session called, “Disrupting the Disrupters: How Dealerships are Poised to Win.”

Online-only customers worry, “What happens if there’s a problem with my vehicle?” Osten says. “There’s uncertainty and fear. It’s not (like) a package from Amazon where you can return the product easily.” 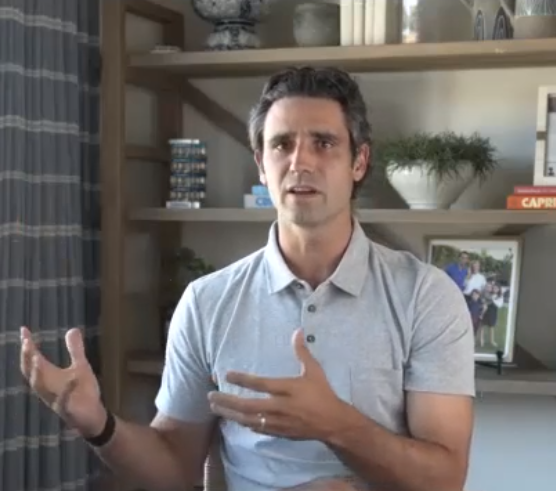 In another session, an interview with Tina Bellon, Reuters autos and transportation reporter, Ernie Garcia III, chairman and CEO of Phoenix-based Carvana, defends his company’s approach. The absence of customer-facing locations saves money, which Garcia says is a major reason Carvana doesn’t have to resort to hard-sell tactics.

“It wasn’t about selling cars online,” he says. “We don’t have the economic pressure to sit customers down in a back room and pressure them to buy things they don’t really understand.”

On the other hand, Garcia (pictured above, left) acknowledges Carvana is having to build a physical infrastructure to inspect and recondition cars for resale. In addition, he estimates Carvana spends an average of about $1,000 per vehicle in parts and labor for reconditioning.

“We’re creating a new infrastructure from scratch,” he says. “Undoubtedly, there’s an expense associated with that.”