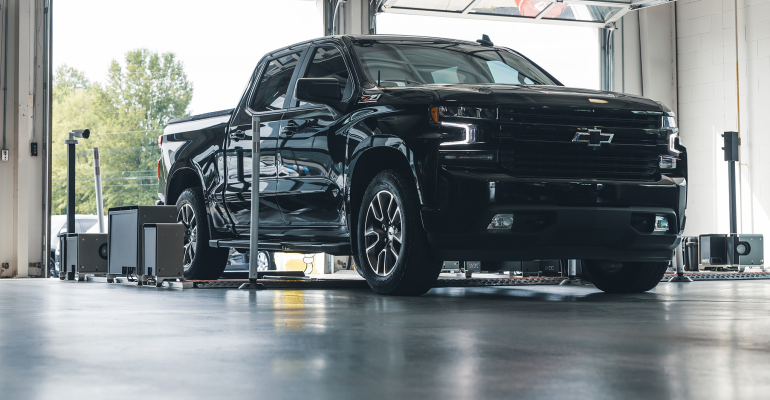 The Magic of UVeye

Dealer Mike Bowsher knows the UVeye automotive technology system is not magic – but he thinks it is darn close. That’s why Bowsher, dealer principal of Carl Black Automotive Group in Atlanta, brought the system to General Motors’ attention.

The system was piloted at dealerships in 2021. Despite its sophisticated technology, it’s simple to use. The technology is embedded in archways, reminiscent of those in automatic car washes, or in a service lane floor. Cars that pass under the archway or over the floor unit trigger a 360-degree scan of the car within seconds. High-definition photos are then delivered to the service advisors.

The system pinpoints an array of potential problems, many undetectable during routine inspections. Some of the most common include underbody fluid leaks and damaged components; tire sidewall damage and alignment concerns; and body conditions, including dents and scratches.

Both GM and Volvo are among the investors in the service and encourage their dealers to install the systems.

Other automakers, many of which also are investors, are expected to follow.

“GM just grabbed it and started running with it,” Bowsher, a long-time leader of the GM dealer council, tells Wards. “One reason I fought so hard for this is because when customers buy $60,000, $80,000 vehicles, they expect the technology in service to be first rate. This satisfies customer confidence and expectations.”

Even as UVeye continues to roll out, the founders work to refine its capabilities. The latest is its integration with Tekion, a cloud-based dealer management system (DMS). Bowsher’s dealerships are the first to use it. He praises the advancement as another step toward further refining data and insights as it analyzes needed maintenance and repairs. The system even details labor rates and nearby parts availability.

Although costs are not yet available, Bowsher says it will be significantly less than costs of legacy DMS systems.

The system saves dealers money in multiple other ways, too, including spotting dings, nicks and chips when cars are taken off carrier trucks or enter and exit the shop. Perhaps the greatest benefit, though, is the trust it instills in customers.

“It’s not uncommon to have a simple oil change turn into a $1,500 ticket,” Bowsher says. “We hear it every day from customers – ’We never would have ever, ever believed the work that was needed unless we saw the photos.’”