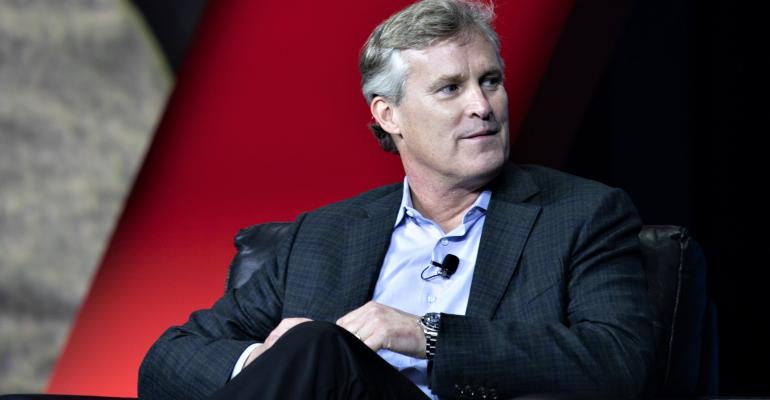 CarGurus’ claim to fame is that it routinely provides information on a car's history, rates its listings as good or bad deals for the consumer compared with what others are paying, and factors in dealer reputation, founder and CEO Langley Steinert says.

BOSTON – There’s no reversing the trend toward price transparency in online auto retailing, but most of the industry is still dragging its feet, according to Langley Steinert, founder and CEO of online new- and used-car marketplace CarGurus.

“With all due respect to our competitors, I feel like there’s a real lack of transparency even today, helping consumers make probably the second-most expensive purchase of their life,” he says during a recent presentation here at CarGurus’ conference, Navigate 2019.

Steinert says other auto-shopping websites have “no concept of transparency; whether it’s a good deal or a bad deal; the dealer reputation; how many price drops (the car has) had; how long it’s been on the lot; whether the car has been in an accident. None of that.”

CarGurus’ claim to fame is that it routinely provides all those pieces of information, rates its listings as good or bad deals for the consumer compared with what others are paying and factors in dealer reputation, Steinert says.

“We were very unpopular” among dealers as a result, he says. Over the years “a lot” of dealerships and some big dealer groups pulled their inventories off CarGurus, Steinert says, but most have come back “because we have scale.”

Steinert made his reputation as chairman and co-founder of travel website TripAdvisor, which Expedia bought in 2004. CarGurus, based in nearby Cambridge, MA, was founded in 2006. It went public in 2017.

Steinert sounds a bit defensive in his Navigate 2019 presentation. For an audience including many dealers and dealership managers, he rebuts an often-repeated accusation that what CarGurus calls price transparency is just a “race to the bottom,” with the format forcing dealers to sell at rock-bottom prices.

“It’s not a race to the bottom, it’s actually a race to the mean,” Steinert says. “All of our regression models are built on a normally distributed curve.” That is, at one extreme of a normally distributed curve about 15% of transactions could be called overpriced. At the other extreme, 15% could be called “great deals” for the consumer, Steinert says. The vast majority fall in what he calls the “fairly priced” middle category.

Dealers need to price their cars in the middle of that range, Steinert says. “The only advice I can give is that you don’t want to be in those two tails (of the curve). You want to be in the big, fat middle with 70% of the distribution.”

Among CarGurus critics, Steinert singles out by name columnist and dealership consultant Jim Ziegler, who calls himself “Alpha Dawg.” Ziegler called CarGurus “anti-dealer” as far back as an online post in 2013.

In a phone interview conducted after Navigate 2019, Ziegler continues to criticize online marketplaces in general but concedes CarGurus is better than most.

“My dealers are telling me they’re getting good results,” from using CarGurus, Ziegler says. “They forced their way into the market, and now we have to live with them,” he says of online marketplaces.

On staying power, Ziegler and Steinert can agree. Regarding price transparency, Steinert says, “That genie is not going back into the bottle.”