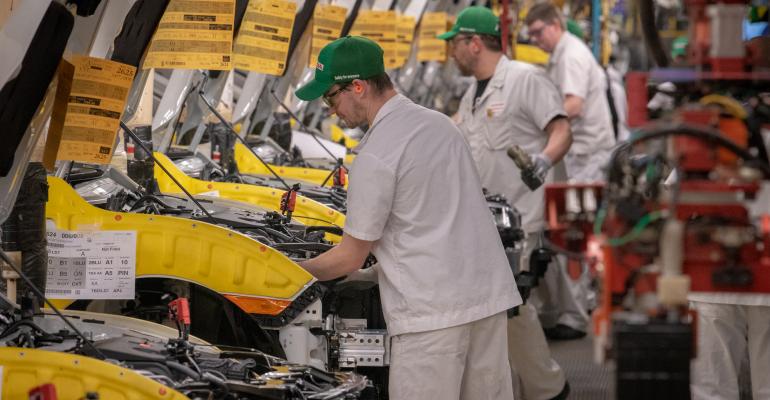 Honda
Canadian operations such as Honda vehicle assembly plant could benefit from low- or zero-duty provisions of USMCA.
Dealers

For autos traded between the three USMCA countries to benefit from its low- or zero-duty provisions, 70% of all steel, aluminum and glass used must originate in North America.

OTTAWA – The Canadian automotive industry is hailing the final text of the U.S.-Mexico-Canada Agreement (USMCA) trade deal for among other reasons, flexibility over steel supplies to the North American auto sector.

David Adams, president-Global Automakers of Canada (which represents all Canadian automakers except the Detroit Three), says the new amendments reflect Canadian government thinking and he expects all three countries will “expeditiously” ratify the deal.

Canada potentially will be the last to approve the agreement after its parliament resumes sitting Jan. 27 after a New Year break.

Under the text released Dec. 11 by the U.S. Trade Representative office, origin rules included in the agreement over steel input to the Canadian sector negotiated in 2018 have been relaxed.

For autos traded between the three USMCA countries to benefit from its low- or zero-duty provisions, 70% of all steel, aluminum and glass used must originate in North America. But until now, for steel parts to be considered part of those quotas, the deal has said any melting, mixing and coating must take place within the three signatory countries – which requires a sophisticated level of steel making.

Under the new revised terms, these requirements will be stayed for seven years, giving American, Canadian and especially Mexican steelmakers more time to develop capacity to handle this kind of work.

Adams says that with Canadian steel production (below, left) often being high-end, new automotive rules of origin provisions relating to steel “should have a positive impact on Canada’s steel industry with the provision of more Canadian steel to vehicle manufacturers in the region.”

Some Canadian automakers who otherwise would face potential disruption of their supply chains, also would benefit from the delay, depending on from where they source their steel.

The industry is a major supplier to North American automakers, with 15.4 million tons of steel products - including pipe and tube products – being made in Canada annually, the association says.

Despite lobbying by aluminum interests, such flexibility was not afforded to suppliers of the nonferrous metal to the North American auto sector. However, the new amendments include a review clause telling the three signatory governments to review whether rules of origin for automotive aluminum should be amended in 10 years’ time.

As for parts, Flavio Volpe, president of Canada’s Automotive Parts Manufacturers’ Assn., is pleased that ratification will happen, given that the finalized USMCA will increase from 62.5% to 75% the minimum amount of North America-generated value in autos that benefit from the deal. The changes in steel origin will not dampen the optimism of the Canadian parts supply sector, “whose fortunes are sure to rise because of the unprecedented increase in ‘Regional Value Content,’” he tells Wards. 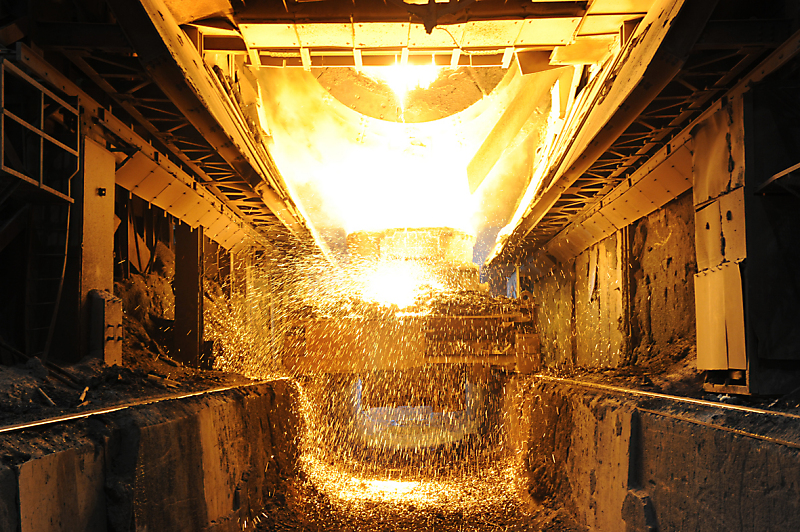 As for Mexico, at the Dec. 10 signing ceremony in Mexico City, Jesús Seade Kuri, Mexico’s junior foreign minister for North America, welcomed changes to the USMCA’s final amendments that will allow more flexibility over the assessment of labor pay and conditions, whose rate and quality are an integral part of the deal.

If the Canadian and American governments deem Mexican auto workers underpaid, this concern can be cited as reason to block imports or impose duties. The USMCA insists that for autos to be covered by the deal, 40% to 45% of their value be delivered by workers earning at least $16 per hour. The new revisions include detailed rules on assessing labor-standards complaints, notably that they be evaluated by expert panels.

“There will be no labor inspectors but panelists for the resolution of disputes,” with union leaders involved in the process, Kuri says. This was “the most important result of the modifying protocol” to the original deal, he says.

Ross McKenzie, managing director at Canada’s Waterloo Centre for Automotive Research, says the changes indicate the U.S. and Canada are not going to rush Mexico into raising auto-sector wages, delivering “the ability to flex…in meeting the objective of the agreement” without telling Mexico “they have to do this by January 2021.”

In this way, a key USMCA goal of keeping auto production within North America, including potential onshoring – such as Toyota’s recent introduction of hybrid manufacturing at its Cambridge, ON, plant – could be furthered, McKenzie says.

In a statement, Canadian Prime Minister Justin Trudeau says: “This is a progressive trade agreement that will be profoundly beneficial for our economy, for Canadian families and for the middle class. It is excellent for hundreds of thousands of Canadian workers.”