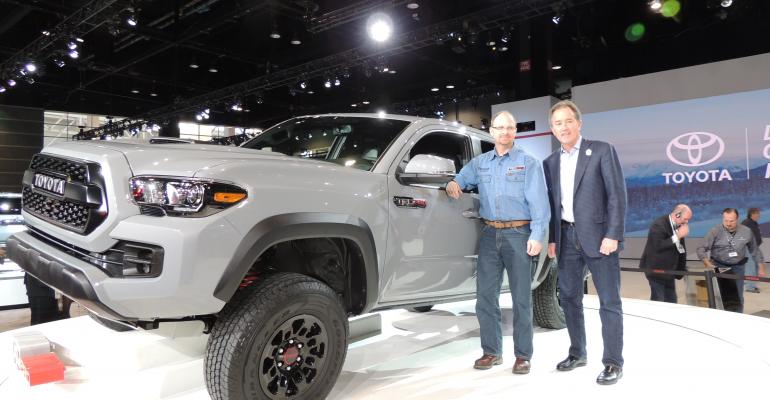 Toyota has changed, so have young people&rsquo;s feelings towards the brand, says Bill Fay, head of Toyota&rsquo;s U.S. unit. &nbsp;

CHICAGO – Toyota has made itself more appealing to youth, and today’s young car buyers have developed a taste for the brand that kids once soured on.

That’s essentially how Bill Fay, general manager of Toyota Sales U.S.A., explains why Scion is going away, 13 years after its creation as Toyota’s youth brand.

“Ten years ago, kids didn’t necessarily want to buy Toyotas as much as we wanted them to,” he says at the Chicago Auto Show.

Back then, Toyota product planners looked at buyer demographics and worried vehicles such as the Camry midsize sedan might become Toyota’s version of “my father’s Oldsmobile.”

So the Japanese automaker launched Scion to appeal more to young buyers. Scion stores were dealerships within Toyota dealerships, and product at first consisted of two vehicles, the subcompact xA and the boxy xB.

Despite the intent, Scion sales were not limited to young buyers. “I’ve got a lot of older customers who like the xB,” a Florida dealer told WardsAuto shortly after Scion opened for business in 2003.

Fay says the “sub brand” allowed Toyota to experiment “and try a bunch of things that would have been harder to do with a bigger brand like Toyota.”

But the need for a separate youth brand became less of a business case as young buyers today show a greater willingness to buy Toyotas, he says.

He explains: “Young buyers have changed quite a bit in the years since we launched Scion. Toyota now is an aspirational brand for many of them. They will buy what their parents drive. Ten years ago, they didn’t want to buy the brands they were brought up with.”

Toyota takes some credit for its greater youth appeal today, citing vehicles that are more stylish than their predecessors. The rap against many Toyotas of old was that they were quality vehicles, but looked bland.

“Young people are much more open to consider products Toyota has launched in the last five years, products that come with more emotional styling,” Fay says.

Toyota is working with dealers and marketers on a multi-faceted program intended to retain Scion loyalists and persuade them to buy Toyotas, he says. “We’re busy putting all those plans together so that when (Scion ends) in the fall, we’re ready to roll.”

Fay’s comments come on the sidelines of Toyota’s auto-show unveiling of the TRD Pro, a beefed-up version of the midsize Tacoma pickup truck.

The TRD appeals to serious off-roaders who typically are younger and more affluent than standard Tacoma buyers, Fay says. “It’s not a lot of volume but it’s a halo vehicle that adds a lot of dimension to our truck branding, and many dealers highlight it in their showrooms.”

Will some of the Scion set end up buying Toyota trucks, SUVs or CUVs?

“The general market is moving that way, so there is no reason to think some of our Scion owners or intenders wouldn’t move that way, too,” Fay says.

Despite a market shift from cars to trucks, Toyota is committed to the former. The Japanese brand sold 429,185 Camrys and 363.332 Corollas last year in the U.S.

“They were the two top top-selling sedans,” Faye says. “This is a core part of our business, and although there is clearly a shift to light trucks and sport utilities, there’s still going to be a big market for sedans. They’re important to us and our dealers.”