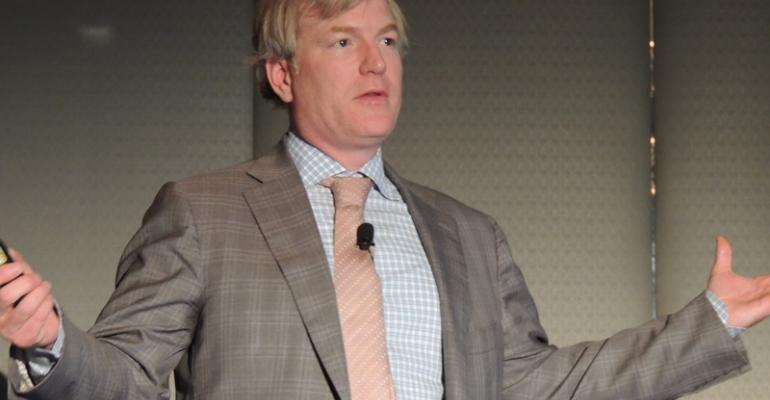 A car dealership attorney says a small niche automaker is creating a big fuss about how cars are sold in the U.S.&nbsp;&nbsp;

The Federal Trade Commission had billed its event as a Washington forum for “seasoned experts” to discuss the car-dealer-franchise system and state laws that support it.

But the ensuing anti-dealer tone and content of the January session surprised Jeff Roberts, an attorney who represents several dealerships.

Several vocal anti-dealer activists at the hearing claimed franchise laws thwart innovation and competition, he says. “The (FTC) director in a 5-minute tirade said, ‘If we could do away with (the dealer-franchise system) tomorrow, we would.’

“I thought, ‘I didn’t realize it’s an issue.’” But then Roberts thought it through. He came to a conclusion. “It’s an issue because of Tesla.”

The electric-vehicle maker has fought state-by-state to circumvent franchise laws so it can sell its EVs factory-direct rather than through dealers, as legislatively mandated.

State dealer associations have opposed Tesla, noting franchise laws, among other things, are intended to protect dealers as well as consumers. Tesla and its supporters say the laws fly in the face of free enterprise.

Automakers dating as far back as Henry Ford came up with the franchise system, mainly because they wanted to avoid the high cost of maintaining nationwide vehicle inventories.

Dealers over the years lobbied for franchise laws – every state has them – as a way of protecting their investments and preventing automakers from yanking a franchise without due cause.

Mainstream automakers to this day are not particularly interested in running dealerships on their own, Roberts, a managing partner at Underwood and Roberts law firm in Raleigh, NC, notes at a DrivingSales Presidents Club conference in Miami Beach.

“OEMs like the dealer-network setup overall, although they want to get rid of underperformers,” Roberts says, calling dealer-automaker relationships “symbiotic, but mostly friendly.”

Dealers would refuse to invest as they do if franchise laws didn’t safeguard them to a degree, he adds. “A client paid millions of dollars for 2.4 acres (0.96 ha) in a prime real-estate area because of a manufacturer’s facility-upgrade requirement. No one would make that investment without protection.”

But the average person isn’t versed in dealership franchise law. “A lot of consumers don’t understand the franchise model or the reasons for franchise laws,” Roberts says.

That lack of knowledge extended to the vociferous critics at the FTC session, he says. “They didn’t know anything about how the system works.”

He sees heightened challenges to the franchise system as rooted in irony. That’s because instigator Tesla is a small player in the auto industry, yet making such a big fuss.

Roberts calls Tesla “a once-in-a-generation foe” with a hazy future compared with mainstream automakers. “When Toyota and General Motors come out with an EV that competes with Tesla, what are you going to buy? A Tesla?”

For now, the franchise system is alive and kicking. Roberts doesn’t see any government body legislating it out of existence. “That’s not going to happen.” But he frets that if certain federal regulators “could figure out a way” to end it, they would.