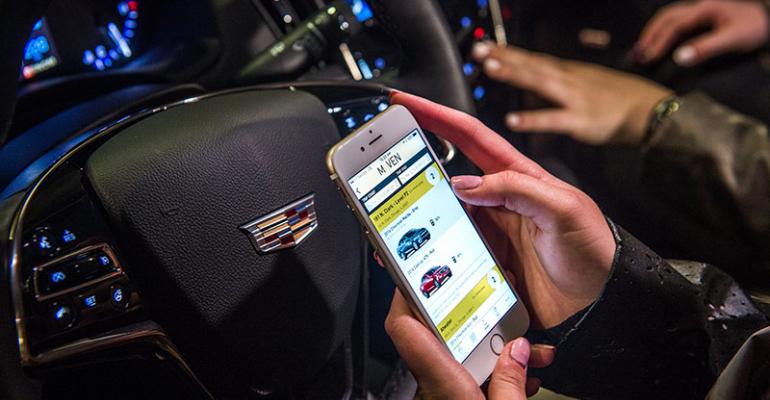 The Big Story: The Edge of Mobility

Automakers are embracing and investing in mobility services, including hailing and sharing ventures. Will vehicle ownership become a thing of the past?

General Motors and Maven. Ford and Chariot. Volkswagen and Gett. Daimler and Car2Go. Toyota and Getaround.

And that’s just the tip of the iceberg of automakers’ efforts to embrace and invest in new-mobility services, which encapsulate ride-hailing, ride-sharing (also known as carpooling), car-sharing and, in the case of Ford, even bike-sharing endeavors.

But are these efforts destined to help or hurt automakers’ core business of selling vehicles to those who choose to own them? And do people really want to share or hail instead of own? It depends on whose crystal ball you’re staring into.

“We know the world is moving from the mindset of owning vehicles to owning them and sharing them,” Ford CEO Mark Fields told media of the automaker’s forays into mobility and the related business of autonomous vehicles.

“Without any doubt, I think there will be more shared cars in the future. Will this be the dominant trend? I don’t think so,” Renault-Nissan Chairman Carlos Ghosn told website Techcrunch.com last year.

“The vast majority of Millennials prefer to own a car just for them,” said Dietmar Exler, president and CEO-Mercedes Benz USA. “They don’t want to share it. They (see it as) an asset they want to have available.”