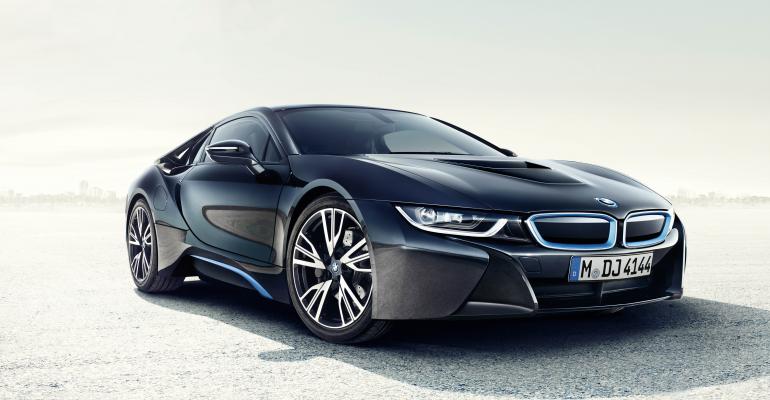 <p><strong>New crop of EVs to be less dependent on carbon fiber than i8. </strong></p>
Vehicles>Powertrain

The move is seen as an admission that BMW&rsquo;s strategy of basing dedicated i-brand models around costly carbon-fiber aluminum platforms as a means of reducing weight over traditional steel structures has failed.&nbsp;

MUNICH – BMW reportedly is set to extend its electric-vehicle range to include zero-emissions versions of the upcoming seventh-generation 3-Series, X4 and Mini Cooper hardtop.

Citing sources close to Chairman Harald Kruger, Germany’s Handelsblatt newspaper says in a Monday report BMW has developed a strategy in which a select number of regular production models are offered with all-electric-drive systems as part of a pushback against Tesla and its traditional premium-brand rivals, including Audi, Jaguar and Mercedes-Benz, as well as Volkswagen.

BMW’s new EVs reportedly are planned to be sold alongside dedicated electric-powered models from its 6-year-old i brand, including the recently upgraded i3, from the end of 2018.

The move to add electric versions of the 3-Series, X4 and Mini Cooper to its lineup is seen as an admission that BMW’s earlier strategy of basing dedicated i-brand models around costly carbon-fiber aluminum platforms as a means of reducing weight over traditional steel structures has failed.

Together with manufacturer SGL, BMW has invested heavily in raising global carbon-fiber production to meet volumes required for the production of the i3 and its i8 hybrid sportscar.

Earlier low-volume-production electric versions of the Mini Cooper and BMW 1-Series Coupe were offered on lease programs as part of a user-research study prior to the launch of the i3. But  BMW officials steadfastly have refused to consider series production of electric versions of conventional models, suggesting the cost of adapting them is too high compared with a dedicated model from its i brand.

However, a 12.2% drop in EV sales during first-half 2016 compared with like-2015, combined with low profit margins for the carbon-fiber-intensive i3 appears to have swayed BMW board members into changing the automaker’s future EV lineup.

Kruger is to lay out details of BMW’s revamped EV strategy at a board meeting to be held late this month.

The timing of the meeting likely will see BMW make official its new EV strategy at the Paris auto show, which kicks off Sept. 29.