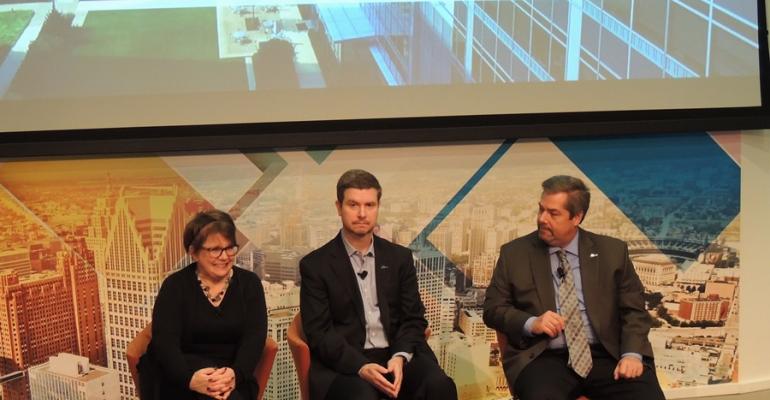 “This will be the year of consumers saying, ‘I want more vehicle,’ not necessarily a year of incremental sales increases,” he says at a Cox media event held in conjunction with the North American International Auto Show here.

Automakers and their dealers sold 17.1 million vehicles in the U.S. last year. Most forecasters say sales will ebb this year. Cox is predicting 16.7 million deliveries. Primarily because of an abatement of pent up demand, WardsAuto foresees sales of 16.4 million. Such numbers are subject to change as the year progresses.

Smoke notes new-vehicle sales faced challenges in the spring and summer of 2017 but ended the year with four strong months to pass the 17 million mark. The new-vehicle market enters this year in a healthier position because inventory levels – vehicles on dealer lots nationwide – were at 4 million units for most of 2017, but have trimmed down to 3.7 million, he says.

He cites various positive economic factors, including job growth and consumer confidence, as drivers of a continued vibrant auto industry. “A strong economy is the key to automotive sales,” he says.

Although his outlook overall is positive, Chesbrough has some concerns, potential higher loan interest rates among them. “If you do the back-of-the-envelope math, every 1% rise to the interest rate adds $13 to the monthly payment. That’s about $800 more for a 5-year loan.”

On the topic of people buying more expensive vehicles, Lindland, who formerly worked for luxury automaker Mercedes-Benz, points to today's price of some pickup trucks. They are upscale enough to qualify as luxury products. Ironically, pickups once strictly were utilitarian, no-frills vehicles.

Today, “GMC offers eight different trim lines and customization,” Lindland says of the General Motors truck brand. “Some pickup transaction prices are $58,000 (and higher), because people want all the amenities.”

Smoke adds, “The future will be a truck story, as they continue to outperform on price and profits. The No.1 psychographic of Ford F-150 buyers is they want luxury in the vehicles.”

Only consumers of high wherewithal can afford luxury vehicles, yet many automakers rely heavily on those premium sales, he says. “Luxury is not for everyone, but it is the centerpiece for every successful (major) OEM.”