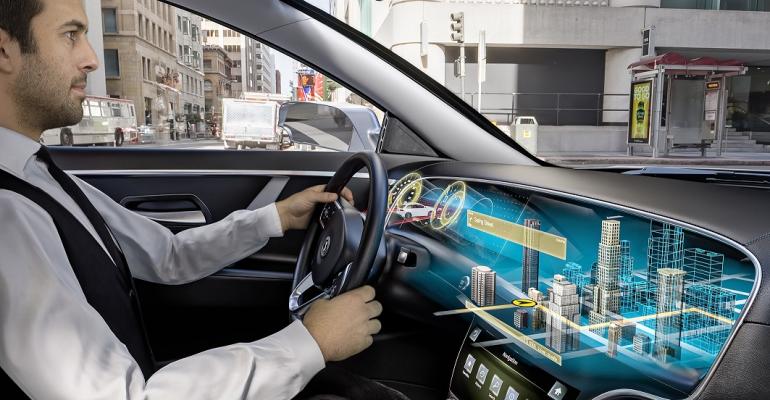 UX Innovations Around the Next Corner

Concepts such as 3D imaging and touch-sensitive interior surfaces are on the leading edge of UX ideas that seek to assist drivers and enhance comfort.

Barry Pompea, senior product designer at engineering services provider Altia, says high-level technology such as augmented HUDs already are proliferating into mass-market vehicles, so the next step is just around the corner.

“Ultimately, the vision is to take this technology and put it into the windshield,” Pompea says, using “cueing” technology to highlight pedestrians, routing actions and safety warnings to the driver.

Pompea says Altia and its partner Continental already are studying how to manage the increasing information density to avoid overloading the driver in a pre-Level 5 autonomous-vehicle world.

“‘Just because we could doesn’t mean we should,’” notes Pompea, quoting a phrase invoked in the movie “Jurassic Park” by actor Jeff Goldblum.

Pompea says multi-modal controls, common cueing language and machine learning all can play roles in reducing cognitive loads while providing key information via a windshield display. The latter can be especially helpful to put information in context, such as speed vs. speed limit or following distance in relation to road conditions, he says.

Continental’s augmented reality HUD concept is able to simulate many of these functions, he notes.

Continental also is exploring the possibilities of using 3D imaging and projections to provide driver information, says Jens Brandt, who is head of Instrumentation and Driver HMI, North America for the German automotive supplier.

“The car is evolving into a more three-dimensional experience,” Brandt says, with displays evolving from flat screens to 3D and automotive audio often including 3D surround sound options.

For Brandt, that means the next step could be bringing the 3D movie theater experience into the car, but without the use of 3D glasses that aren’t optimal to use and tend to darken the scene.

Continental’s Lightfield Display technology removes those barriers and requires no additional systems such as cameras to track the user’s eye movement. Advantages include being able to provide a better user experience and being able to direct a driver’s attention to a specific item of concern and indicate an urgency level.

The system also is differentiated from normal flat-screen displays in its ability to project a 360-degree 3D view of a car in parking situation, for instance. Sound could be augmented by using door panels as speakers to create 3D audio effects. The system also could be designed to allow each seating position a 3D view.

Taking advantage of interior surfaces in new ways through the use of active materials that provide a human-machine interface without the usual switchgear is part of the UX evolution for interior supplier CGT, says Richard Vaughan (right) , the company’s creative director. 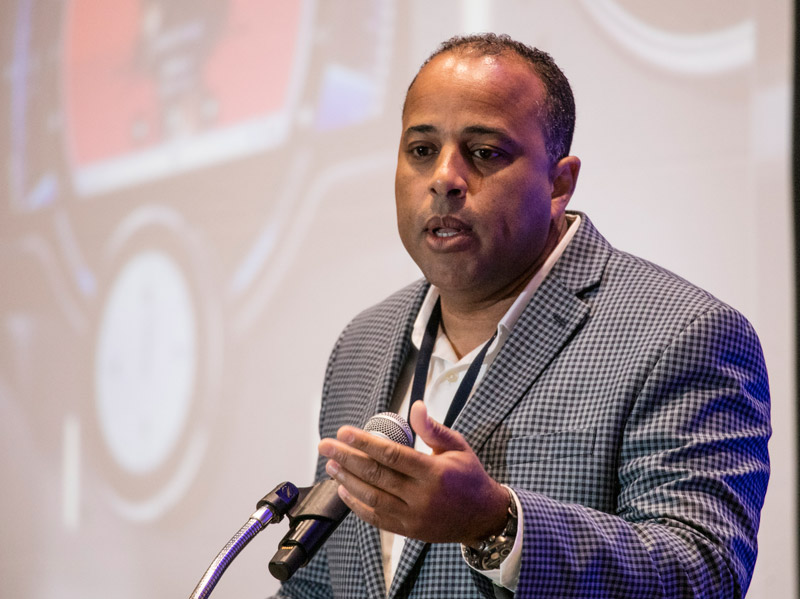 CGT, a 150-year-old business that got its start in the automotive business by supplying convertible tops for the Ford Model T, is looking at a variety of innovations that will change the way passengers interact with interior surfaces.

“We’re transitioning, changing materials from a passive decorative role to an active role in the form of smart surfaces,” Vaughan explains.

In 2018, CGT introduced its Reveal material, developed in coordination with audio supplier Harman. The material integrates touch-sensitive electronic controls into the interior panels without the use of physical switchgear and can provide unique lighting effects built into the panels. Another possibility is incorporating lane-departure warning lights or turn-signal indicators into the upholstery of the otherwise wasted space on the A-pillars.

This year, the company worked with paint supplier PPG to pioneer its Conduct material that prints conductive ink in PVC sheets, allowing for the integration of nearly instant seat-heating elements included in the seat material, among other applications.