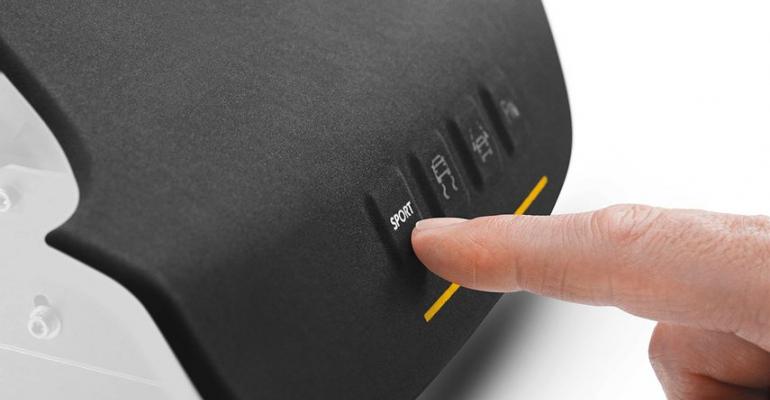 Morphing controls, 3D touchscreens and secretly lit materials to be the next wave in interior advancement, say panelists.

NOVI, MI – Today the experience of getting in a new vehicle can be overwhelming. Multiple screens and lots of buttons may easily bewilder someone who just wants to change the radio station and reset vehicle fuel economy.

To dial down the frustration, smart materials are being promoted as a way to make the interior more serene, less stressful and safer.

“From my point of view, we are still in a situation where we are adding more and more to a car,” Jens Brandt, head of instrumentation design and HMI-North America for Continental, tells attendees at the 2018 WardsAuto User Experience Conference. “I really believe the time will come soon where we will be overloaded with all this information.”

Morphing controls, buttons or other controls such as sliders that appear then disappear beneath what looks like a smooth surface when a hand is detected, are seen by Brandt and Continental as a way to clean up the interior with permanent physical switches and perhaps to activate functions without needing to dive into touchscreen menus. A key goal is to reduce time spent looking away from the road.

A stretchable and light-permeable material resembling leather, with sensors, electronics and electromechanics underneath, brings the now-you-see-them, now-you-don’t morphing controls to fruition.

Safety can be enhanced by giving the driver feedback that his or her selection is correct via a tactile signal when finger pressure is measured, says Continental.

The curved 3D touch surface has a 15-in. (38-cm) molded, high-resolution TFT display that is optically bonded and has deeply drawn transparent sensors and active haptic feedback.

Recipient of a CES 2018 Innovation Award, he says the 3D display can lessen the time a driver spends looking away from the road when trying to find something, saying it may take a critical three seconds to do that on a typical flat-surface screen.

“Both technologies we are in close contact with customers,” Brandt says. “There’s a lot of interest right now. Especially at the moment, customers are looking for new ways to do some branding” while also appreciating the functionality and safety aspects.

Not only can safety be improved, but so can the visual and tactile interest of an interior.

“To introduce new ways of thinking about (interior) materials that really have a lot of room for innovation (is why I’m here),” Vaughan says of his role as creative director at CGT.

Combining surfaces that can appear to be a certain type of material while at the same time surfaces that are functional is what motivates him after decades in the industry.

“I have never seen more excitement, ever, than I do today around these kinds of products,” he says. “There really hasn’t been, for decades, any meaningful changes in surface treatments and surface interaction models and the (automotive design) studios are really excited.”

Vaughan’s company is behind the Reveal smart-surfacing material that can appear via texturing to resemble wood, metal, leather and carbon fiber, among other things, and also act as a medium to control functions.

“We think there’s a sweet spot for us in terms of active and capacitive touch (surfaces),” he says. “If you can free yourself from the idea you have to have all these physical switches…there are other things you can do.”

CGT worked with Harman for a CES show car (pictured below) that used secret-until-lit smart surfaces as part of a user interface. As the supplier wanted to remove physical switchgear, CGT’s Reveal material was used in a fully functional Mini Cooper. The material took the place of sliders and capacitive-touch switches in the vehicle. 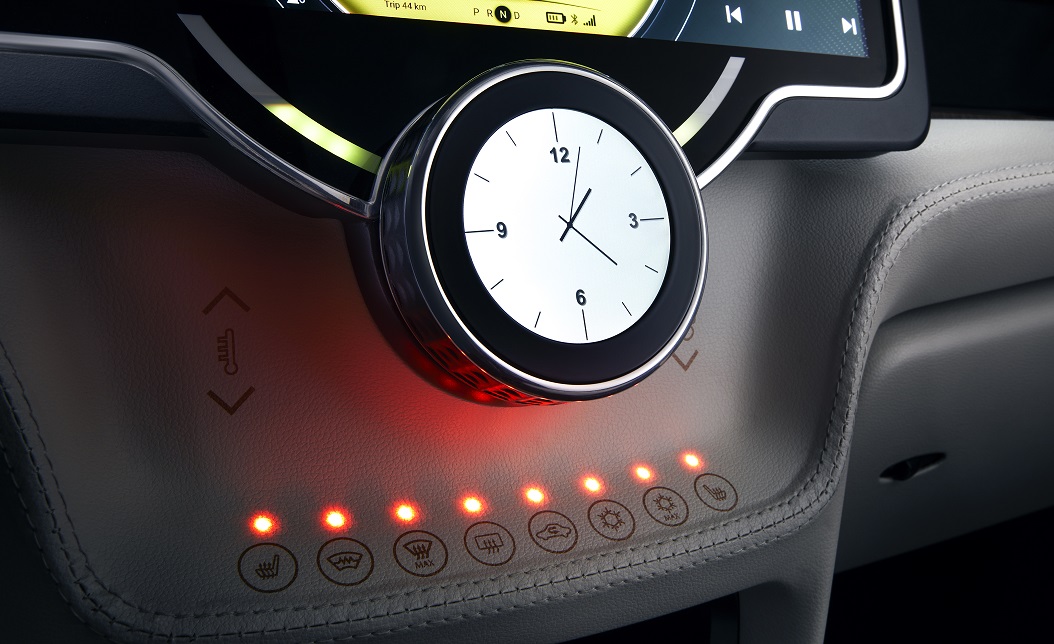 Vaughan says Reveal also can reduce OEM costs by replacing, for example, “heavy” switches controlling seats. He shows an interior door panel with and without such switches, and later notes cost reduction may not come from just a piece-price level, but also reduced warranty costs and money that can be saved by lessening vehicle weight, the latter a huge focus for OEMs as emissions and fuel-economy requirements toughen around the world.

Improving safety can be accomplished by using Reveal to move blindspot warning lights from the side mirror to the entire A-pillar. In a photo, he shows a series of stacked, rectangular-shaped lights going up and down a pillar, which may be more noticeable to a driver than a mirror-placed warning light.

CGT is in partnership with Vista Manufacturing to work on the lighting possibilities of Reveal, noting OEMs want the same colors, grains and glosses present on today’s interior surface materials, but also a variety of interior lighting colors.

A demo by Vista here has Reveal with different types of grains or textures, including leather and carbon fiber, illuminate in five different colors.

When queried by an audience member whether vehicle buyers are ready for smart surfaces, given the blowback Honda received when it replaced a volume knob with a slider in the Civic several years ago, Vaughan notes people typically warm up quickly to new technology, even if they don’t think they will.

“If I think back to 2006 and 2007, people thought the idea of screen-based text device, a phone that didn’t have a keyboard, was ludicrous,” he says, noting many people said they would just keep their Blackberry and not get an iPhone. “And before you knew it Blackberry was gone.”

Potentially stifling the adoption of these materials in production vehicles are the chimneys automotive purchasing organizations typically have set up.

One person may be buying skins and another person electronics. “It’s very difficult to sell these advanced technologies within the OEM because there’s nobody there to sell it to,” he says.

Brandt, however, disagrees slightly, noting he is seeing improvement in purchasing structures and there is more internal “bridge-building.”