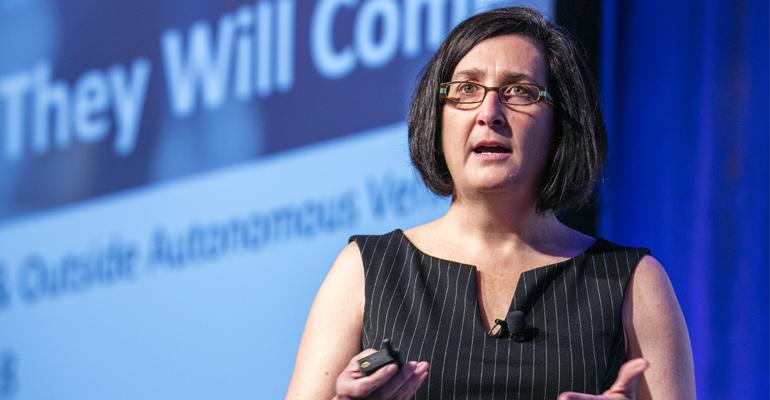 J.D. Power research has found Asian consumers are less skeptical of autonomous-vehicle technology than are Americans or Germans, where the motoring cultures have deeper roots, says Kristin Kolodge, executive director-human interaction at the marketing-research firm.

NOVI, MI – Building trust in self-driving vehicles extends not only to individual road users such as cyclists and pedestrians but also to entire societies, speakers at the WardsAuto User Experience Conference here say.

J.D. Power research has found Asian consumers are more trusting of autonomous-vehicle technology than are Americans or Germans, where the motoring cultures have deeper roots, says

In both the U.S. and Germany there is great concern about technology failure and error based on personal experience with computers and phones that break down, Kolodge says, adding many consumers in those countries see no benefits in autonomous vehicles.

Information about redundant technology built into AVs needs to be more readily available in both the European and North American markets, she says, adding, “You have to have a strong HMI.

“We have an ability to move the needle. Trust is the starting point,” Kolodge says. “Trust builds interest in automated vehicles. We can hit home runs by building up the level of experience.

“We also have to set an appropriate level of expectation so we’re not setting ourselves up for failure,” she says, noting Western consumers tend to believe Level 5, or fully autonomous vehicles, should have zero accidents.

It is not currently well understood that the issue of trust conversation is elemental to automated driving, but trust is a new element in the consumer’s consideration of quality, Kolodge says.

Another key to public acceptance of autonomous vehicles is getting other road users to become more comfortable and assured as they interact with AVs, says John Shutko (below, left), a Ford engineer specializing in human factors involved in designs for self-driving vehicles.

Questions about how AVs should communicate with other road users are critical, he says.

“There is not going to be a human driver or anyone in the vehicle,” Shutko says. “So signaling the vehicle's intent – whether it is going to stop or turn – is critical and has to be communicated to everyone around it.  Road users have to understand what the vehicle is going to do.”

Ford is conducting numerous research projects in Europe and elsewhere on interactions between AVs and other road users, he says.

“We started looking at this a number of years ago. We built virtual-reality models,” Shutko says, but it takes time for road users to learn AV signals. The signals need to be few but distinct and easily used and can’t interfere with the regulated signals required by government agencies.

The work Ford already has done is open to others through a legal framework the automaker created to make it easy to collaborate, Shutko says. Ford believes having one universal communication interface people across geographies and age groups can understand is critical for the successful deployment of self-driving technology, he says.

Ford and the Virginia Tech Transportation Institute last year studied a so-called self-driving intent interface, in which a car with a concealed human driver used a light bar attached to the roof to see if its signals could successfully communicate the driver's intent.

Ford also has installed the intent interface on a small fleet of self-driving vehicles undergoing testing on Miami streets.

“Signals will improve trust in the vehicles. By providing these signals, we could help with trust and acceptance of these vehicles once they are deployed,” says Shutko, who emphasizes developing the signals isn’t about creating a competitive advantage. “We see it as ways to advance the technology.” 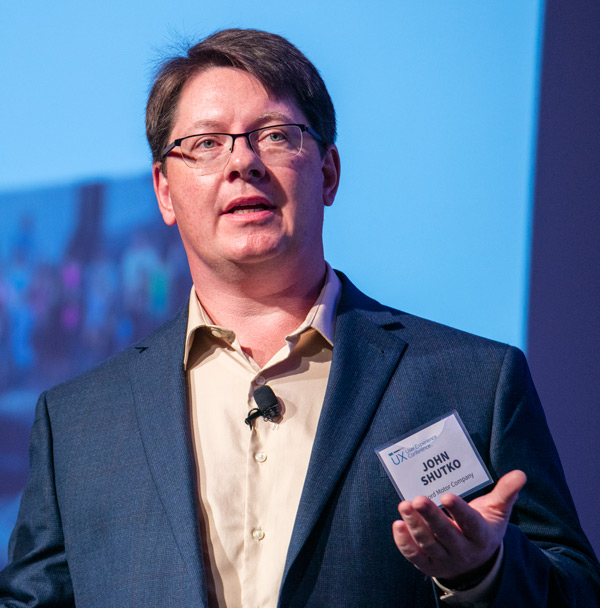 Melissa Cefkin, principal researcher for human-centered systems at the Nissan Research Center in California’s Silicon Valley, tells attendees at the UX conference that AVs’ behavior on the road generally will dictate their acceptance by the public.

Driving depends on how we are socialized, says Cefkin, who trained as a cultural anthropologist. “It requires a lot of social knowledge. How are we going to teach it to our computers? We really have to pay a lot of attention to the assistance we can add to HMI.”

Cefkin cites the example of how motorists recognize when another driver is getting into their car, a complicated maneuver that involves stepping off the curb and opening a door that may protrude into the traffic lane.

“People take turns,” she says. “Will interaction with AVs take the same decision? People dynamically adjust as one adjusts. For AVs, would signaling add to the confusion? There is a lot of variation. So how can signaling add enough information or (instead create) more confusion?

Nissan researchers are pursuing so-called active HMI , including color and blinking lights to signal intent at critical times, to allow an AV to “talk” about what it is going to do and help those around it understand its maneuvers.