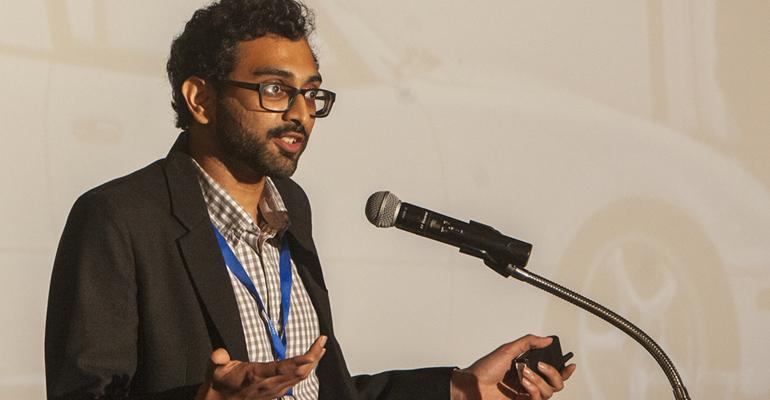 “At the core of any experience is an emotion,” Nagavarapu says.
Vehicles>WardsAuto UX Conference

Automakers Look to Grow Loyalty in Era of Shared Mobility

Platforms – unlike products, which involve only a seller and buyer – involve not only the consumer and producer but also designers and UX experts, designer Theo Calvin says.

NOVI, MI – Automakers until now have sold products – that is, cars – but the advent of shared mobility means companies instead must compete in the marketplace with platforms, speakers at the WardsAuto User Experience Conference here say.

It’s a change being played out across many industries, from pharmaceuticals to Disney theme parks, says Theo Calvin (below, left), creative director at Frog Design of Austin, TX, and a veteran of UX and creative-strategy campaigns for automakers including General Motors, FCA/Chrysler, Nissan, Acura, Audi and Mercedes-Benz.

While digital content is the common denominator, platforms – unlike products, which involve only a seller and buyer – involve not only the consumer and producer but also designers and UX experts, Calvin says.

“So you have interactions (between players) that are smaller than just the sale of the car. It’s a process of aligning development processes,” he says. “Platforms are based on the number of participants, how they interact.” Platform development is “all about facilitating interactions.”

The customer still may want to be able to say, “This car matches me,” Calvin says, adding, “Personalization becomes the only way I can manage all these participants.”

While there are different benefits for owners of private vehicles and users of shared vehicles, the user experience for shared-vehicle users currently is neutral, says Shasank Nagavarapu, senior associate-human centered design for Lextant, a design firm based in Columbus, OH.

Personalizing shared platforms calls for identifying consumers’ needs, wants and desires; how personalization makes the user feel; how it makes others feel about the user; or a combination of the latter two factors, he says.

“At the core of any experience is an emotion,” Nagavarapu says. In a car, for example, a consumer may say, “I want to feel relaxed.” Designers can tie that emotion to comfort, leisure or both, then go on to add attributes such as a visual list of options or auditory instructions, he says. 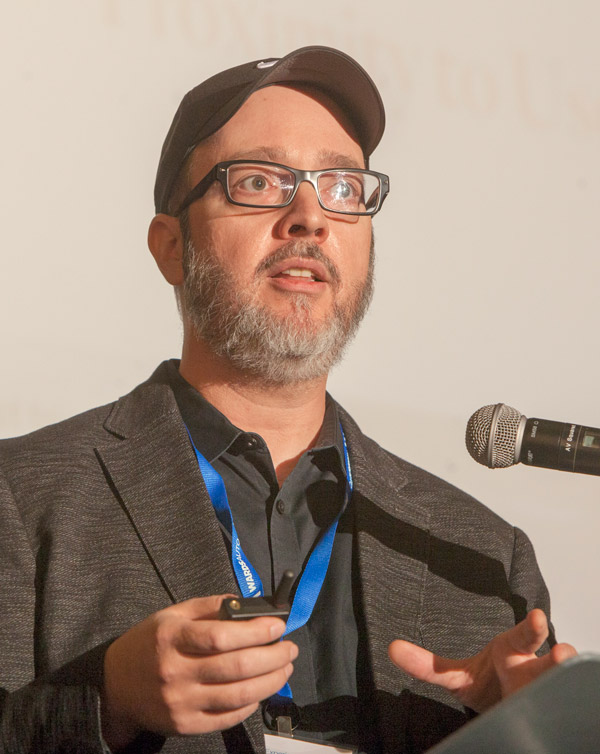 Platforms “grab on to the one critical interaction,” Calvin says, offering the example of an Uber user who needs the car only to get somewhere while leaving it to the driver to see that the car functions properly.

“Any sufficiently advanced technology makes you feel like you’re getting away with something,” he says, noting the Uber user doesn’t need to share the driver’s concerns.

Customers can be trained to customize a platform, which in turn fosters brand loyalty as opposed to product loyalty, Calvin says, adding, “Defection is catastrophic if you’re competing for a customer.” By adding performance variables, an automaker is “trying to make a case to make the car a better and better reflection of my personality.”