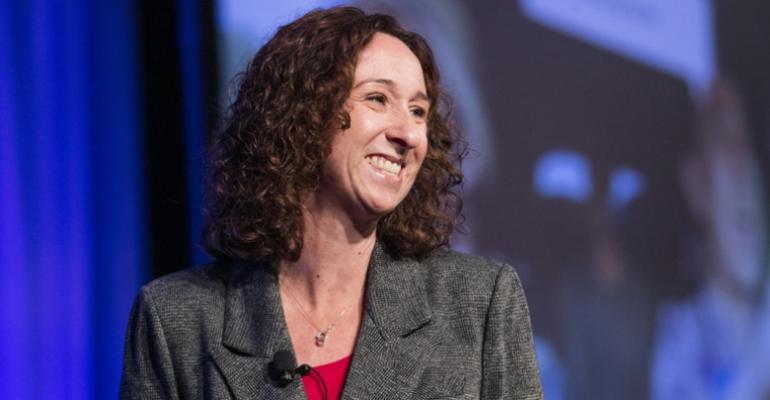 “As we say at Amazon, it remains Day One,” says Arianna Walker, chief evangelist at Alexa Automotive. “We will continue to innovate.”

Alexa Auto, the in-vehicle voice assistant from e-commerce and computing giant Amazon, can’t perform those tasks today for drivers behind the wheel, but Arianna Walker, chief evangelist at Alexa Automotive, says those are the sorts of innovations on the company’s to-do list.

“As we say at Amazon, it remains Day One,” Walker says, quoting a company principle. “We will continue to innovate for our customers and for the industry, both for cars today and into the future.”

Amazon, which recently signed a blockbuster deal with General Motors to bring Alexa Auto to millions of Chevrolet, Buick, GMC and Cadillac models, also sees the voice assistant playing a role in autonomous cars of the future. Demonstrated with technology partner and software developer Electrobit at CES earlier this year, Alexa could aid in the handoff between autonomous- and manual-driving modes.

“Voice can help with that transition,” Walker tells the WardsAuto UX conference here. “You can imagine all sort of other ways voice can help when you’re hands-off to entertain and make you more productive without having to dig through menus either on the car or in your phone.”

Amazon also sees Alexa Auto one day having access to your location and daily calendar. For example, if Alexa performs a morning vehicle-diagnostic check and discovers a tire low on air, she could alert the owner to leave a few minutes earlier to allow time for a stop at the gas station.

“Just making life easier,” says Walker, whose role at Amazon is to educate automakers and device makers about voice.

Walker suggests Alexa also could help reduce traffic congestion through ride-sharing. If a driver has open seat on their commute, Alexa could find another commuter needing a ride.

“When I say ride-sharing, I mean actual ride sharing as opposed to ride-hailing,” she says, noting that in today’s cars voice is most desired for navigation. “Simply pick (someone) up and drop them off on your way to work and reduce some of that traffic.”

What if Alexa could drive your car without you, Walker asks. In a future where all cars are autonomous and electric, an owner could ask Alexa to visit a charging station before parking for the work day.

“You can imagine lots of different opportunities for the future,” she says.

The greatest challenge Amazon has faced with Alexa Auto has been tailoring it to the individual operating systems of various automakers. It would have been technologically easier, Walker says, to build a full system for OEMs to plug into their cars. Instead, Amazon offers a kit to match every OEM’s operating system.

One central goal for Alexa Auto is to make the experience seamless between the home smart speaker consumers enjoy to the in-vehicle experience.

“First and foremost, we hope it will be a familiar experience,” Walker says. “People want that sort of consistency.”

But for safety’s sake, as Amazon extends the capabilities of Alexa Auto it must remain easy to use. For example, if Alexa asks the driver for more information, the so-called utterance must be short and concise so the human can make decisions quickly.

“We don’t want her to talk on too long when she is in the vehicle,” Walker says.

Asked whether Alexa Auto will adopt the voice of actor Samuel L. Jackson, a newly available capability of the company’s home speakers and useable with or without his famously salty language, Walker jokingly suggests users give it a try and find out for themselves.

“All the things that come to (Alexa) at home come to the car, as well,” she says. 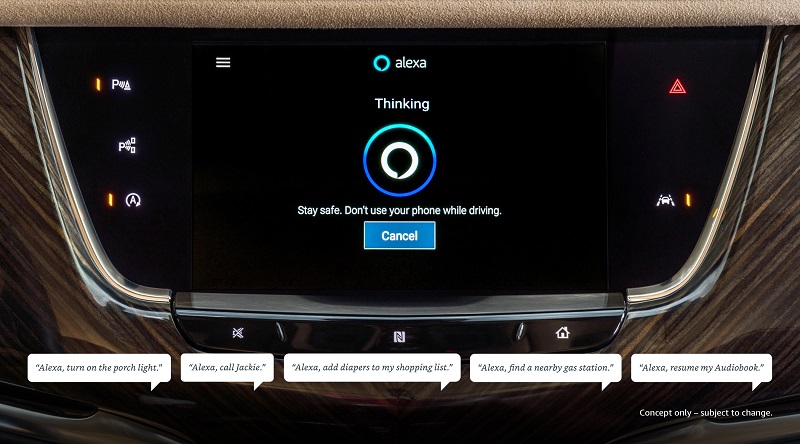