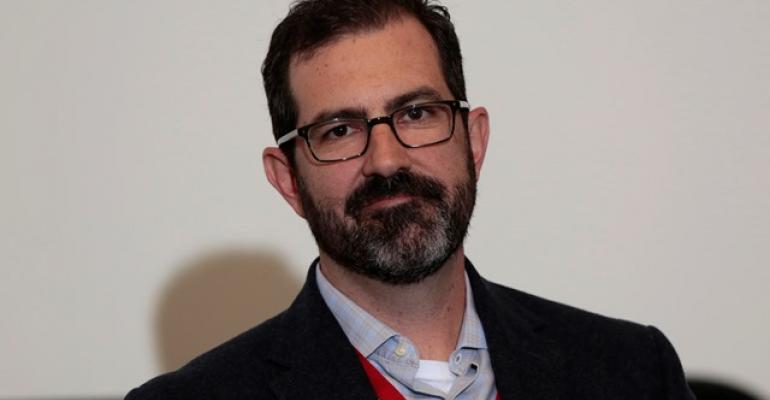 Polling particularly focuses on what the 18-and-under set think about self-driving cars because that group ultimately will be buying them.

Children surveyed as young as age 8 say their expected activities in tomorrow’s self-driving vehicles – when they become old enough to own one – will include watching movies, playing video games and phoning friends.

In other words, doing pretty much what they do now as kids as backseat passengers while mom or dad drive.

Polling firm Nielsen surveyed Generation Z (18 and younger), as well as members of Generation Y (ages 19 to 38) and Generation X, (age 39 and older) to garner their opinions on autonomous cars.

But as children get older – first moving up to the front-passenger seat, then closing in on a driver's license – polling sees a shift, he says. “Their attitude is: ‘I want to be the driver.’"

Such are the dichotomies and questions revolving around the impending era of cars that drive themselves.

Among the questions: Will people still get to take the wheel if they want to? Will sports cars such as the Chevrolet Camaro or Ford Mustang, popular today among driving enthusiasts, become obsolete? Just what will the inside of a self-driving car look like?

Tackling those brain-busters are participants in a panel discussion entitled “What Do Future Consumers Want?” at the 2016 WardsAuto Interior Conference here.

“We still strongly believe there will be an audience (of car buyers) that doesn’t like (the idea of completely) autonomous cars,” VanNiuwkuyk says. “If you are stuck in traffic, you may want the (car’s) autonomous features. But we’ll be dissatisfying a great number of consumers if we don’t let them drive.”

People speak of the interior of prospective self-driving cars resembling a bedroom, coffee shop or “just a place to hang,” he says.

His 7-year-old daughter designed her version of an autonomous car with a bathroom in the front and a large candy-storage area in back. The car includes a steering wheel, in case someone wants to drive.

“We are thinking of a lot of use cases,” Benson says of  Faurecia’s consumer research. “We’re getting into details to figure out what the real experience should be. Once we know needs, then we can design.”

For example, if someone plans to do a lot of eating instead of driving while going down the highway, it is not a design solution to “just throw a tray in the vehicle.”

“We are looking at the needs and wants of future mobility,” he says. “How do you develop things other than for fellow engineers? As my wife says, ‘The rest of us are people.’”

People who opt not to drive may want a vehicle interior that enhances their relaxation time or, conversely, allows them to get in some extra work.

For the latter use, Desai shows a car designed by a student from the Center for Creative Studies in Detroit. The interior includes windows that morph into conference screens and a steering wheel that also serves as a keyboard.

Desai doesn’t believe self-driving cars will steal the fun from driving enthusiasts. Rather, he says, such cars can serve as “co-pilots” that make driving performance cars safer. “I’d love that connected car to tell me going into a turn how slippery it is.”

Nielsen’s polling shows Generations Y and Z express nearly three times an initial interest in autonomous cars than does Generation X (25% vs. 9%). That polling doesn’t factor in the potential price.

When price is a factor, Generation Y and Z interest drops to 12% and Generation X’s to 5%. Polling indicates 34% of Generations Y and Z keep up with news about autonomous cars. For Gen X, it’s 16%.

VanNieuwkuyk acknowledges children’s opinions can change as they mature. Still, the Nielsen polling focused on what the 18-and-under set thinks about the impending world of self-driving cars.

“That’s because that is the generation who ultimately will be engaged with them,” VanNieuwkuyk says. “More so than the older groups.”