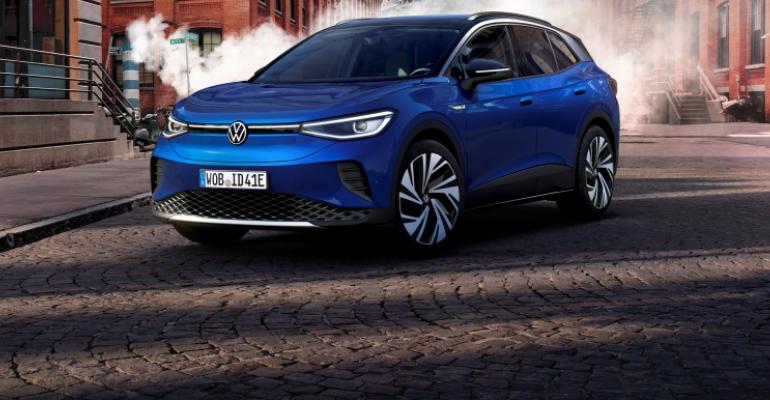 Volkswagen
VW ID.4 will be offered in all 50 states with an available $7,500 federal tax credit.
Vehicles

The two-row CUV, with an estimated 250 miles of range, is the second Volkswagen model to be based on the German automaker’s versatile skateboard-style MEB electric platform.

Volkswagen’s first long-range battery-electric vehicle, the ID.4, comes to the U.S. early next year with a starting price of $39,995, an estimated range of 250 miles (402 km) and three free years of fast charging with Electrify America.

Online reservations for the compact two-row CUV begin today. The ID.4 will be offered in all 50 states with an available $7,500 federal tax credit and two driveline configurations, each with gross battery capacity of 82 kWh: a rear-wheel drive model rated at 201 hp (launching first) and 228 lb.-ft. (309 Nm) of torque, as well as an all-wheel-drive 302-hp variant.

Initial models are coming from VW’s plant in Zwickau, Germany, but ID.4 production will be localized in Chattanooga, TN, starting in 2022 with an anticipated base price of about $35,000. VW is spending $800 million to upgrade Chattanooga for the ID.4 launch.

Introduced in a March webcast following cancellation of the Geneva auto show, the ID.4 is the second VW model to be based on the German automaker’s versatile skateboard-style MEB electric platform, following the recently launched ID.3 compact hatchback. 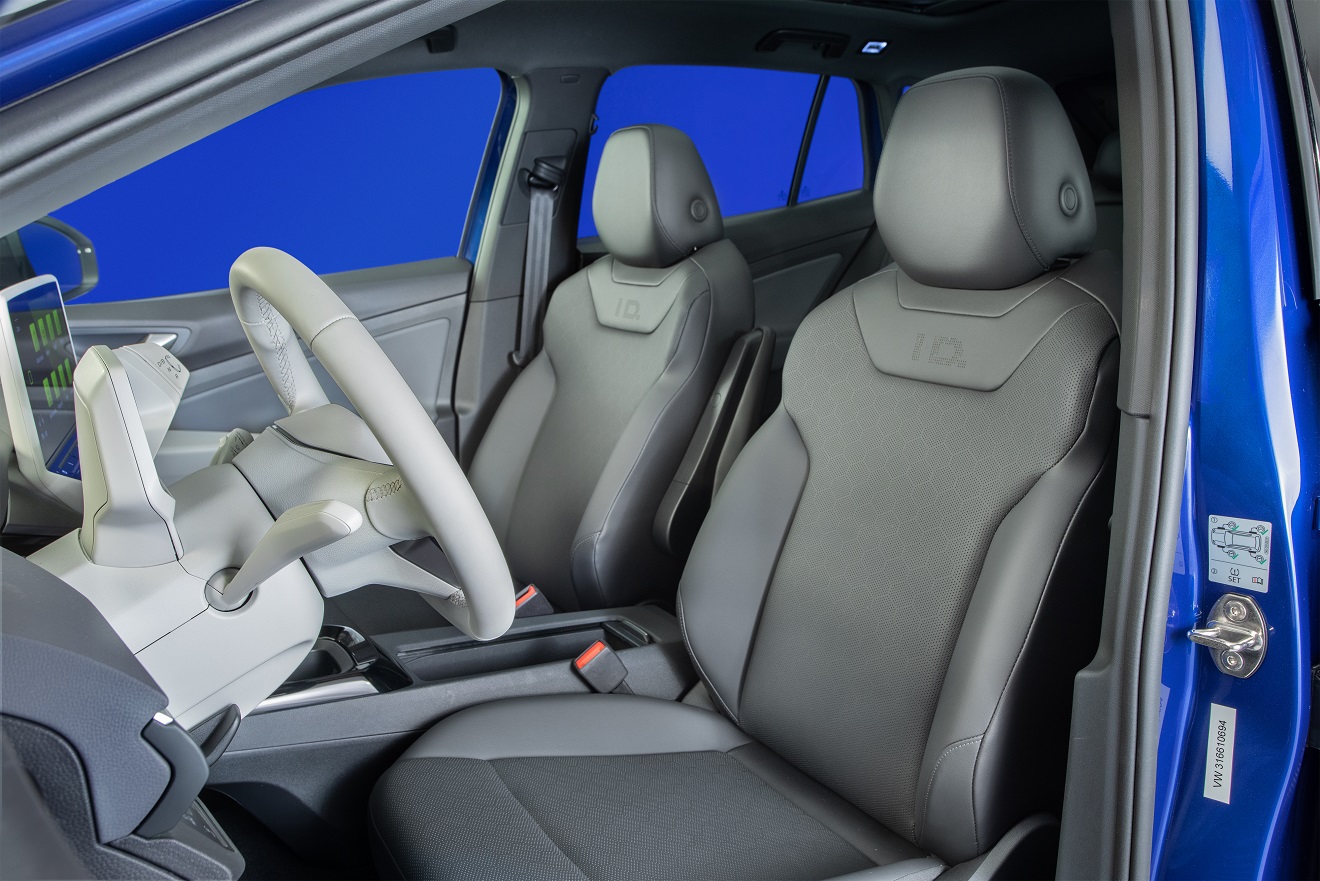 In North America, VW is counting on the ID.4 to compete in the fast-growing EV ranks against vehicles such as the Hyundai Kona EV, Chevy Bolt and Tesla Model Y.

As with the ID.3, power is provided by a rear-mounted electric motor driving through a fixed-ratio gearbox. Manufactured by Volkswagen’s component division in Kassel, Germany, the synchronous unit will be offered in up to four different levels of tune.

There are two primary driving modes: standard and battery mode – the latter of which triggers the brake energy-recuperation system when you lift off the throttle. Also included are four secondary driving modes: Eco, Comfort, Sport and Individual.

Stylistically, the ID.4 leans heavily on the earlier ID. Crozz concept, albeit with an altered rear featuring a more upright tailgate for added versatility. Stepping back from earlier claims of class-leading aerodynamic efficiency, Volkswagen says the new model boasts a drag coefficient of 0.28. 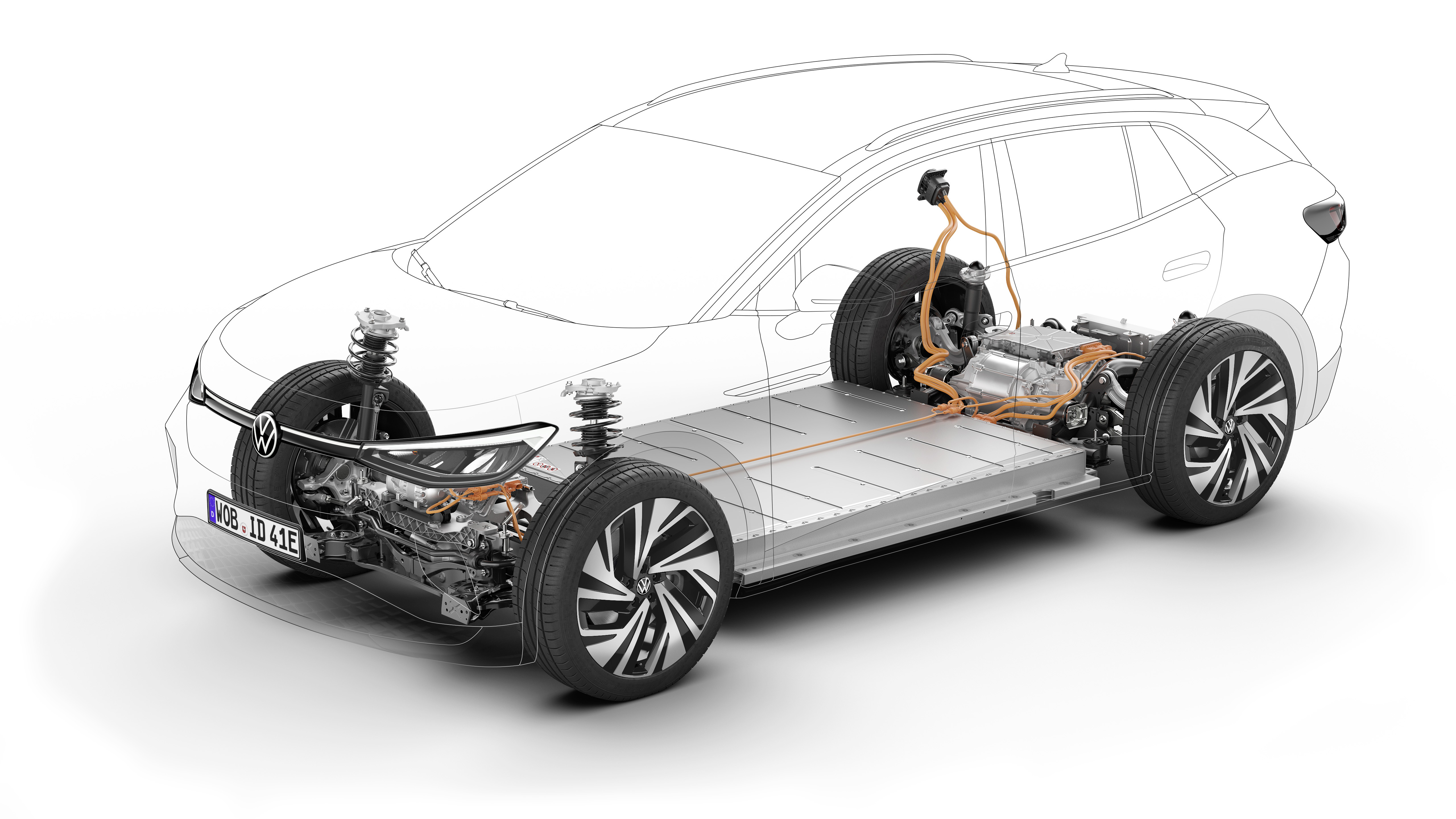 Volkswagen Group design boss, Klaus Zyciora (nee Bischoff) describes it as “clean, flowing and powerful.” He says the combination of “gentle surfaces with clear edges” was intended to make the ID.4 look "as if shaped by the wind itself."

A key detail within the exterior is the optional IQ LED matrix headlamps, which are intended to provide the ID.4 with a “likeable character,” while the rear light clusters feature a “3D effect,” with the brake lights designed in an X shape.

Inside, the cabin shares its basic design with that of the ID.3, though its higher-grade materials reflect the ID.4’s higher standing in the ID. lineup, which is planned to support a wide range of models, including forthcoming production versions of the ID. Buzz, ID. Roomzz and ID. Vizzion concepts, together with the yet-to-be-revealed ID. Ruggdzz and a price leading entry-level model conceived to replace the e-Up in European markets.

Later in 2021, the ID.4 AWD Pro will be available in the U.S. with a starting price of $43,695. Both Pro models carry largely the same equipment, with a heated windshield and tow hitch.

The ID.4 launches with a limited-run ID.4 1st Edition, with a base price of $43,995. The 1st Edition models feature the same content as the Pro model, with unique accelerator and brake pedals, black mirror caps and other goodies.

The electric-powered CUV also is planned to be produced in two separate factories in China in conjunction with VW’s joint venture partners, FAW and SAIC. 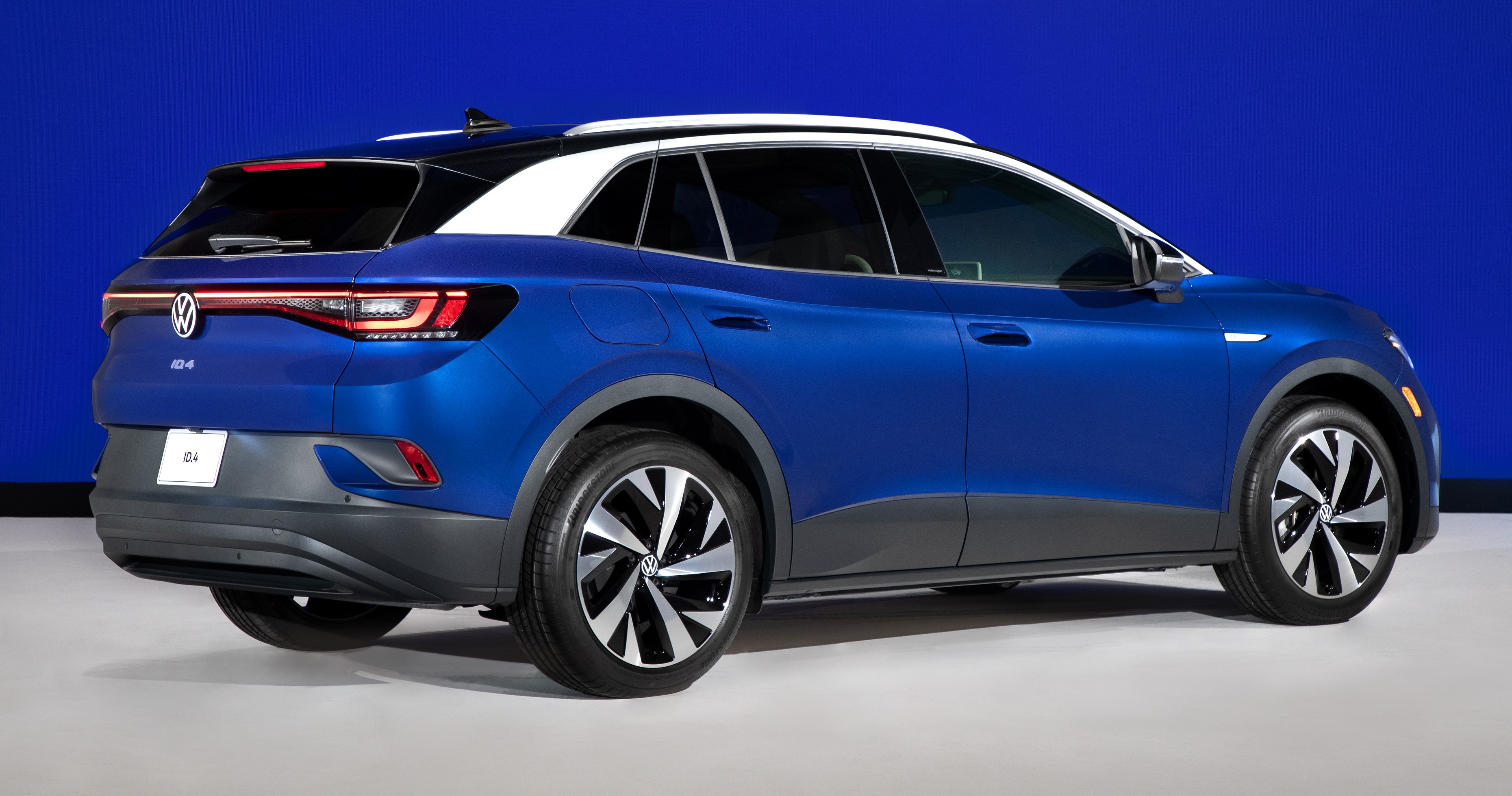