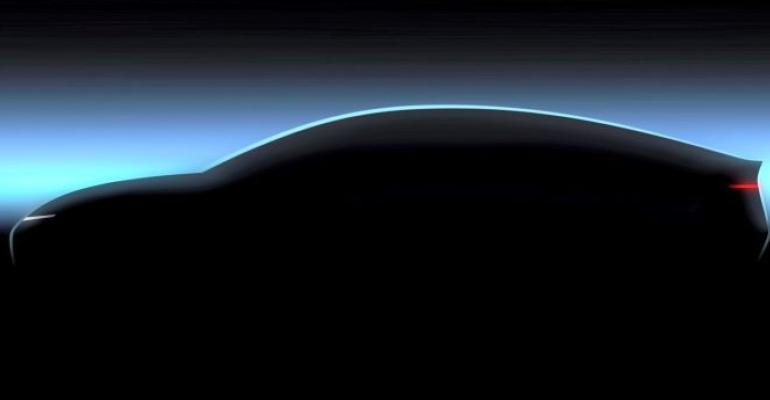 An internal review of a planned $200 million factory puts the brakes on the launch of the German automaker’s next-generation “premium” battery-electric vehicle.

LOS ANGELES – An internal review of Volkswagen’s plans to build a $200 million plant at its Wolfsburg base in Germany has led to a delay in the introduction of its upcoming premium-segment battery-electric vehicle – Project Trinity, as it is known at the German automaker.

Construction of the factory, conceived around new production processes aimed at significantly increasing efficiency over Volkswagen’s existing plants, was to begin in spring 2023, having been approved by Volkswagen board members earlier this year. Production was to begin in 2026.

Former Volkswagen Group CEO Herbert Diess claimed the model being developed under the title Project Trinity would use a modular production process allowing it to be built in 10 hours.

VW’s stated aim with the new factory, according to Diess, was to “at least match” the production efficiency claimed by Tesla for its newly established German plant at Grünheide.

But in an interview with journalists at the 2022 Los Angeles auto show, new VW CEO Thomas Schäfer (pictured, left) confirms an internal review of the company’s existing production capacity determined Project Trinity could be produced at an existing manufacturing plant, negating the need for the $200 million outlay on the new factory.

“By the time we were planning to bring the car in the middle of 2026, the factory at Wolfsburg was chock-a-block. So, we had to make a plan for another factory close by, run it up, clean up the rest and then reintegrate as much as we can into the old factory,” he says.

Schäfer says an internal review into VW’s production capacity and future model strategy under a new management structure has led to delaying Project Trinity until at least 2028, by which time production of existing internal-combustion-engine models would be reduced to the point where the BEV conceivably could be produced in an existing plant.

“We’re not 100% sure what comes when,” he says. “But what we know is that everything slides back a bit by, say, two years – on the Trinity side, specifically. That allows us, potentially, to integrate the vehicle into the factory, because by then the ICE volume in the (existing) factory will reduce and we won’t have a problem that it’s too full to integrate another car.”

Schäfer spoke to journalists after an official statement quoting him and new VW Group CEO Oliver Blume was released in response to a report published Germany’s Manager Magazin, which claimed the planned new Wolfsburg-based factory was being delayed from 2026 to 2030 as part of wider plans to comprehensively restructure the automaker’s operations.

“We are currently taking the opportunity to look at all projects and investments and their viability,” says the statement attributed to Schäfer and Blume.

Further reviews at Volkswagen are focused on the company’s CARIAD software arm, according to Schäfer.