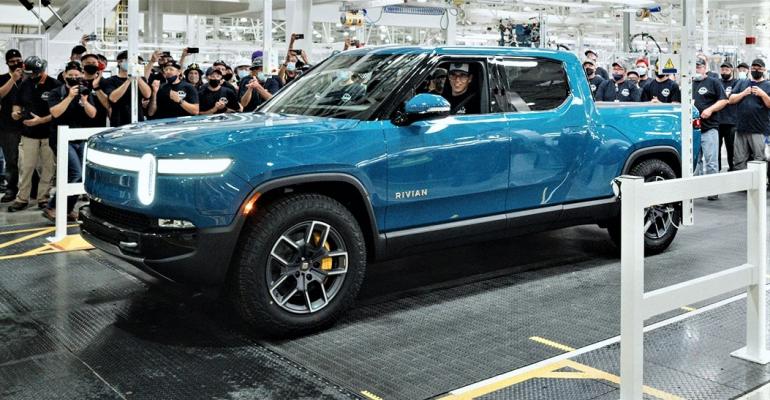 Tuesday’s production launch represents a significant win over rivals including Tesla, General Motors and Ford for Rivian, which can now claim it is the first company to build a battery-electric pickup for customers.

“Our team’s collective efforts have made this moment possible,” Scaringe says Tuesday in a tweet accompanied by pictures of the event. “Can’t wait to get these into the hands of our customers!”

Tuesday’s production launch represents a significant win over rivals including Tesla, General Motors and Ford for Rivian, which can now claim it is the first company to build a battery-electric pickup for customers.

Automakers around the world are introducing EVs in a variety of shapes and sizes. But ever since Tesla co-founder and CEO Elon Musk unveiled the Cybertruck in November 2019, the sharply angular BEV has gained significant attention in the U.S.

Musk, however, says the Cybertruck has been delayed – again – to 2022, when Ford expects to launch production of its F-150 Lightning BEV. GM says its ’22 GMC Hummer battery-electric pickup will launch later this year, followed sometime later by a battery-electric Chevrolet Silverado pickup.

Rivian says it has received regulatory approvals and certifications from NHTSA, the U.S. Environmental Protection Agency and the California Air Resources Board as it prepares to deliver the first Rivian R1T pickups to customers in all 50 states. To underscore its readiness for the market, the company is showing off a picture of finished vehicles loaded onto a car hauler on their way to customers.

Like other manufacturers, Rivian production was curtailed by a shortage of semiconductors, prompting an apology from Scaringe. 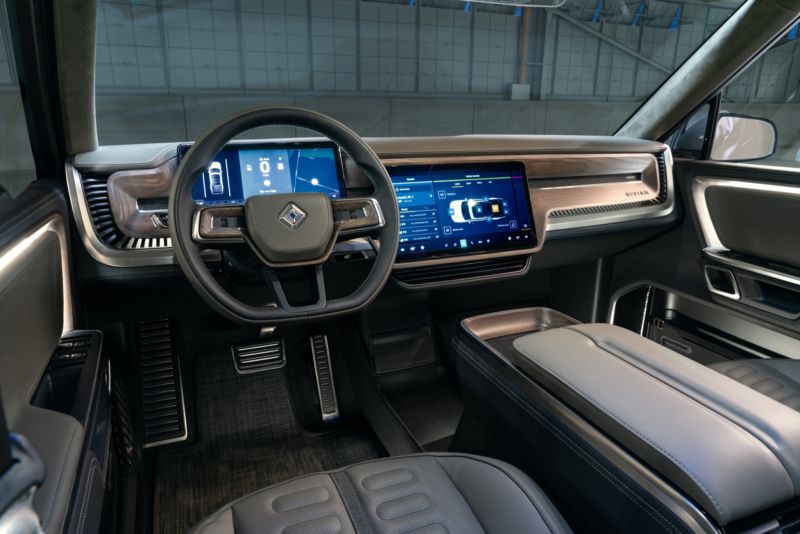 “As I’ve watched our team grow to more than 7,000 people, I’ve also witnessed the excitement of our supporters stretch even greater,” he says in a letter to buyers about the delays. “Earlier this summer we announced that deliveries would begin in July, however, the timing for the first deliveries of the R1T has shifted to September, with the R1S (SUV) shortly thereafter in the fall.

“There are many reasons why our production ramp-up is taking longer than expected. The cascading impacts of the pandemic have had a compounding effect greater than we anticipated,” Scaringe says in the letter. “Everything from facility construction to equipment installation to vehicle component supply – especially semiconductors – has been impacted by the pandemic.”

Rivian has picked up support from outside investors such Amazon, for which it is building delivery vans, and Ford, which has placed a member of the Ford family on Rivian’s board of directors.

Scaringe comes to the automotive business with a doctorate in mechanical engineering from MIT.

Rivian has offices in Irvine, CA, and an engineering center in Plymouth, MI, in addition to the manufacturing plant in Normal, which it acquired from Mitsubishi in January 2017. After a successful sale of stock recently, it has not tried to deny rumors it was looking for a site for a second plant.

Rivian says it has developed a flexible electric platform that can be used in a range of applications, including the company’s adventure products as well as business-to business products such as the Amazon last-mile delivery vans. 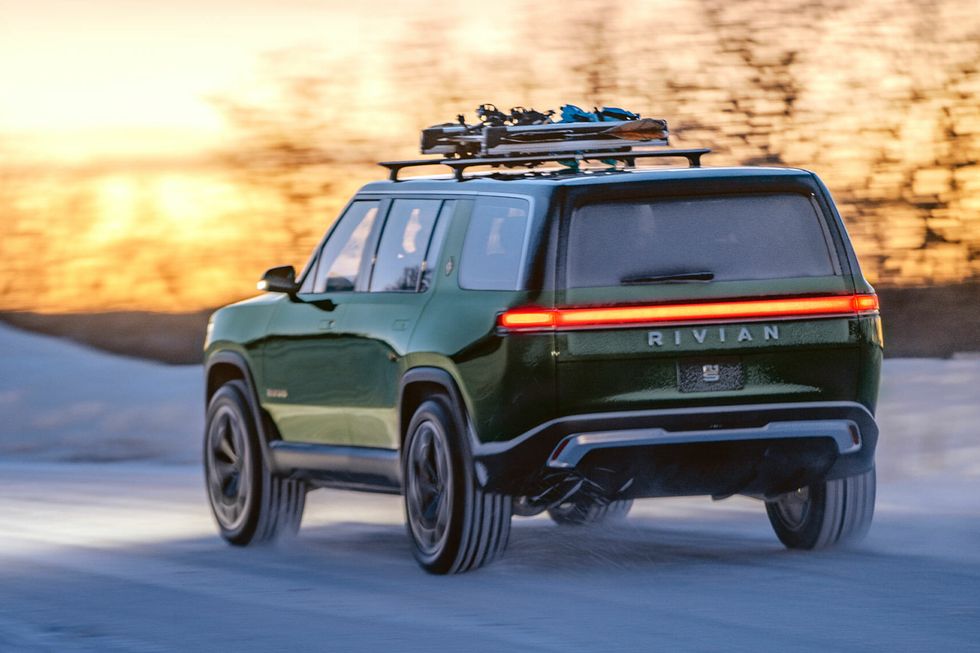