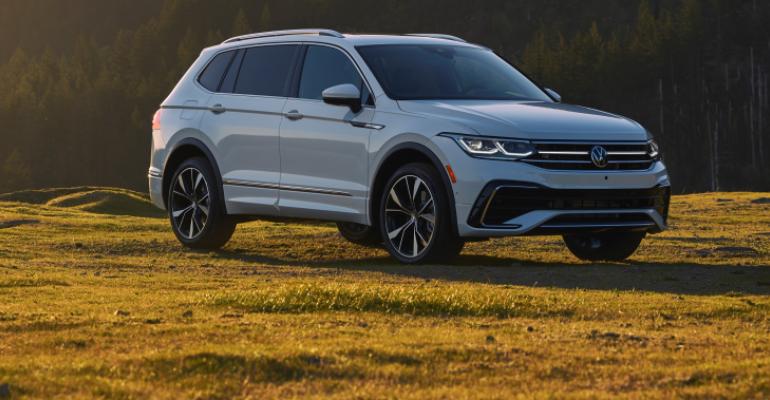 Volkswagen announces a series of meaningful upgrades for the refreshed ’22 Tiguan that will go on sale in September, including a consolidated top trim level that offers better value.

FARMINGTON HILLS, MI – Volkswagen brand managers would admit they were slow to join the SUV and CUV wave that began consuming the U.S. auto industry nearly two decades ago.

While other automakers were rolling out lots of car-based midsize CUVs and truck-based fullsize SUVs, Volkswagen brought to American shores in 2008 its compact Tiguan – a bit too small for this market as initially conceived.

As American appetites for utility vehicles have grown, so has the Tiguan, with a 2012 update and then a switch to the long-wheelbase MQB platform in 2017. Since then, the Tiguan has become VW’s most popular vehicle globally and in the U.S., selling more than 100,000 units here in 2020, according to Wards Intelligence data.

By size, the Tiguan has settled in below the three-row Atlas and two-row Atlas Cross Sport in VW’s U.S. portfolio. Soon to come is the compact Taos, occupying the entry point for VW CUV shoppers where the Tiguan first resided long ago.

Attempting to build further momentum in the popular CUV segment, Volkswagen announces a series of meaningful upgrades for the refreshed ’22 Tiguan that will go on sale in September, continuing to be assembled at VW’s plant in Puebla, Mexico.

New wheels, exterior colors, interior improvements and an all-new front end with a horizontal lightbar and sleek, redesigned VW logo on the hood are offered on the ’22 Tiguan, and VW’s Digital Cockpit becomes standard, either as an 8-in. (20-cm) reconfigurable electronic cluster or a more advanced 10-in. (25-cm) unit.

LED headlamps and daytime running lights become standard on the ’22 Tiguan, and two new exterior colors are offered: Oryx White and Kings Red Metallic. New wheel designs are offered on every trim level, up to 20-in. aluminum alloys.

Beyond cosmetic changes, most notable are the restructured Tiguan trim levels, which are consolidated from five currently to four for ’22. At the top of the range, VW’s more than 600 U.S. dealers had been offering both SEL and SEL Premium R-Line models, but now the top trim is SEL R-Line and it includes more standard content, making it a better value. 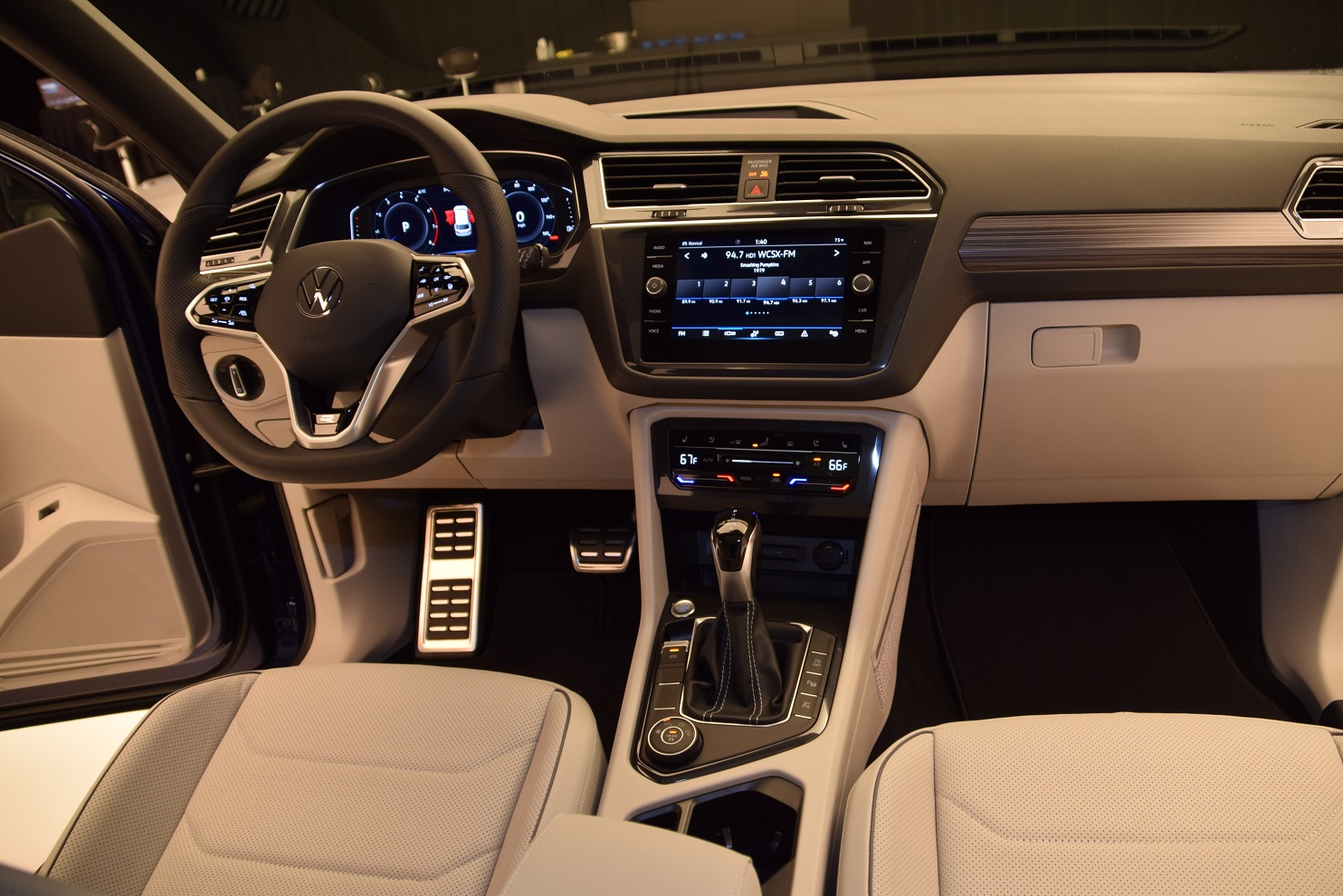 Starting at SE trim, all models deploy a next-generation Climatronic Touch interface for climate control and power tailgate, while the advanced MIB3 infotainment system (which debuted on Atlas Cross Sport and Arteon) is standard along with wireless charging and wireless App-Connect for compatible devices.

R-Line models get a leather-wrapped steering wheel with new capacitive buttons and sliders, a technology that debuted on the Arteon and ID.4 battery-electric vehicle.

Hein Schafer, VW of America’s senior vice president for product marketing and strategy, says the automaker expects SE trim to make up 50% of sales, while SE R-Line Black will draw 25%. Base S trim customers should make up 15% of sales, while SEL R-Line should draw 10%.

The powertrain carries over from the ’21 model – a 184-hp 2.0L 4-cyl. (codename EA888) mated to a standard 8-speed automatic transmission and available 4Motion all-wheel drive.

Pricing information will be available closer to sales launch. 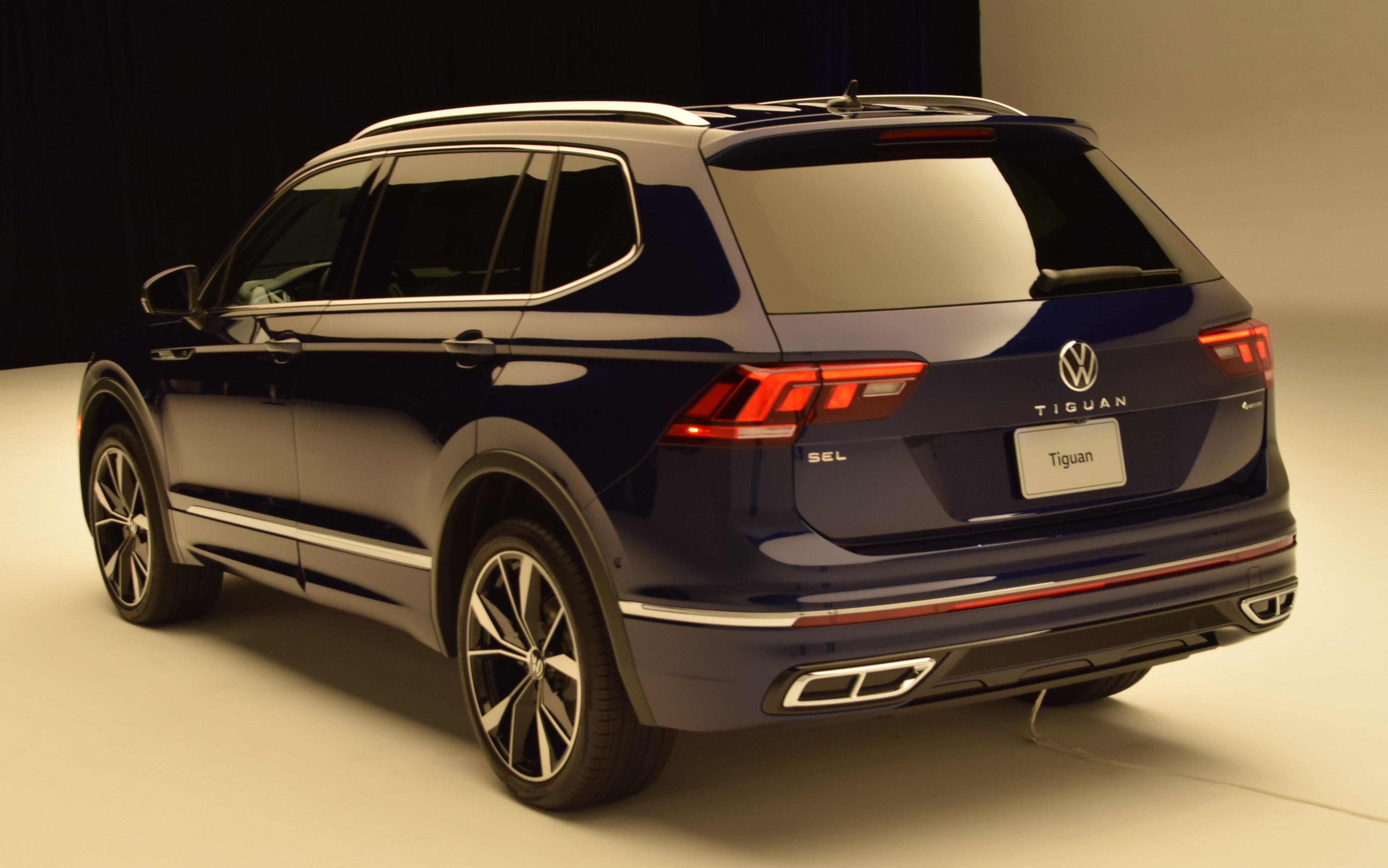