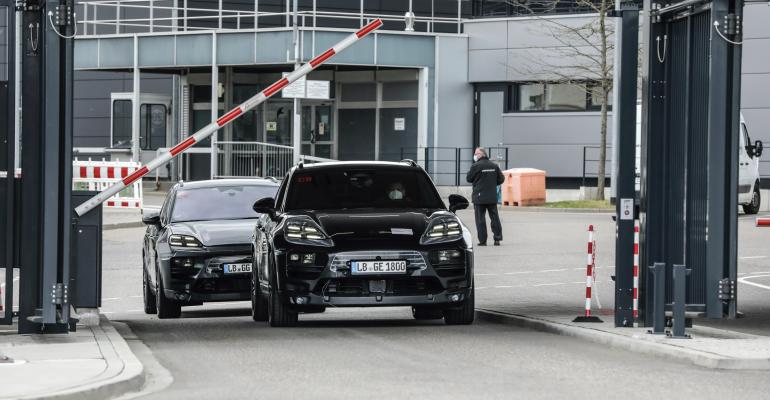 The PPE platform-based CUV is being developed in a joint engineering program with the upcoming Audi Q6 e-tron.

The electric Porsche Macan has been conceived with, and is being engineered alongside the Audi Q6. Both models are based on the Premium Platform Electric (PPE) electric-vehicle platform – a structure jointly developed by the two Volkswagen Group-owned companies.

Porsche confirms launch models of the ’24 Macan will receive two electric motors – one operating on the front axle, another at the rear – in a move Anton Janssen, the electric CUV’s powertrain manager, says is aimed at making it the sportiest car in its class.

The two synchronous units are claimed to differ from those currently used by the Taycan with the adoption of revised magnets and improved cooling. Silicon carbide also replaces the silicon for the semiconductor material used in the inverter on the rear axle to reduce switching losses. 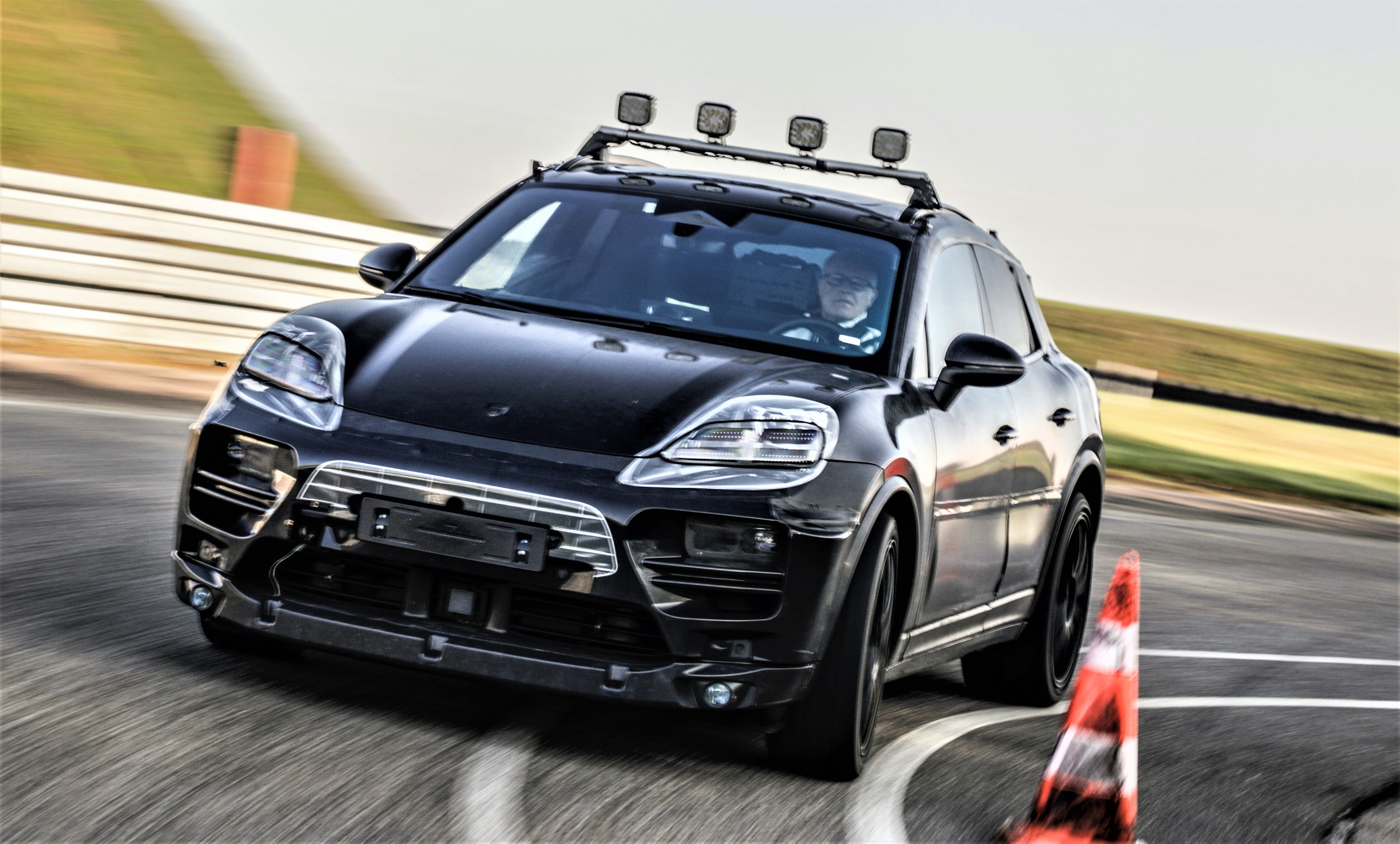 The German automaker quotes initial maximum power of up to 603 hp and peak torque of 738 lb.-ft. (1,001 Nm). Porsche won’t comment on whether the Macan BEV will receive an “overboost” function like that offered on the Taycan, which momentarily provides the top-of-the-line Turbo S model with up to 751 hp and 775-lb.-ft. (1,051 Nm).

It does, however, confirm the battery-electric Macan will receive a single-speed gearbox instead of the 2-speed unit used by the Taycan – a move which is likely to contribute to a lower top speed potential. A newly developed all-wheel drive system, meanwhile, permits constant variable apportioning of power between the front and rear axles.

All electric Macan models will receive a 100-kWh lithium-ion battery consisting of 12 individual modules, prismatic cells and operating at 800V. Porsche has not made any range claim, though the 93-kWh battery used by selected Taycan models delivers sufficient energy storage capacity for a distance of 315 miles (507 km) between charges on the WLTP test cycle.

The new battery allows maximum charging rates of over 270 kW on a high-powered DC charger, with a 5%-to-80% charge taking “under 25 minutes,” Porsche says. 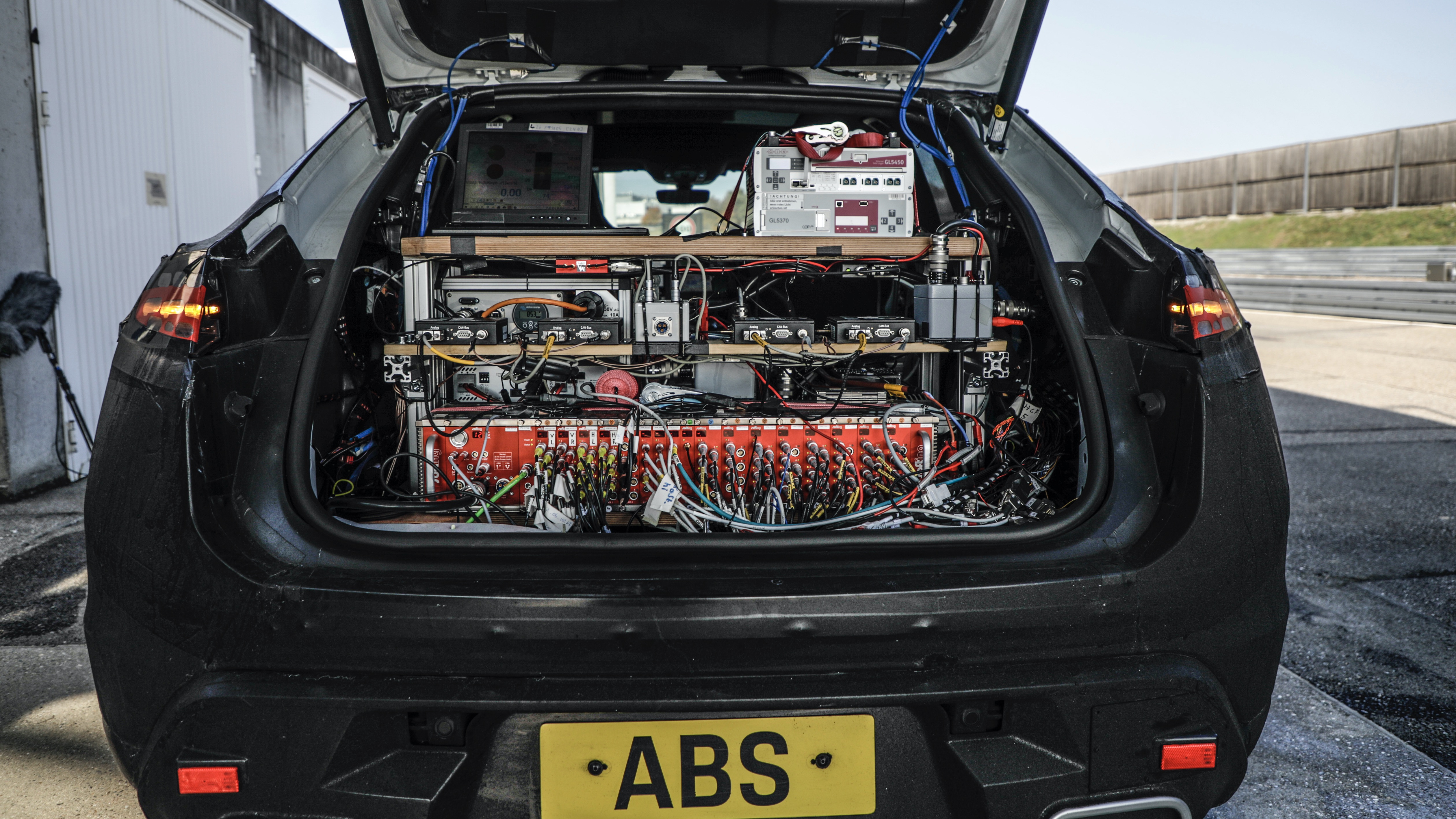 To enhance dynamics, the electric Macan receives a newly developed “performance rear axle.” It sites the rear electric motor behind the rear axle, a layout similar in principle to that used by the rear-engine Porsche 911, to give the new model a claimed 48:58 front-to-rear weight distribution.

The rear electric motor is mounted to the body structure at four points.

Higher-end electric Macan models will offer a fully variable electronically controlled rear differential and, for the first time on the Macan, a rear-wheel steering system that provides up to 5 degrees of steering angle to the rear wheels. Wheels will range in diameter up to a maximum 22 ins.

The electric Macan originally was scheduled for U.S. introduction in 2023. However, setbacks related to the new CUV’s software developed at the Volkswagen Group’s CARIAD software division are claimed to have delayed its development process and, in turn, its launch.

Porsche plans to sell the Macan BEV alongside combustion-engine versions of the CUV for an unspecified amount of time.

Porsche says the PPE platform is modular in nature, confirming it can support differing wheelbases, track widths and ground clearances. Together with the upcoming Macan and Q6, it also is planned to underpin production versions of the Audi A6 e-tron sedan and Avant (wagon) revealed in concept-car guise in 2021.