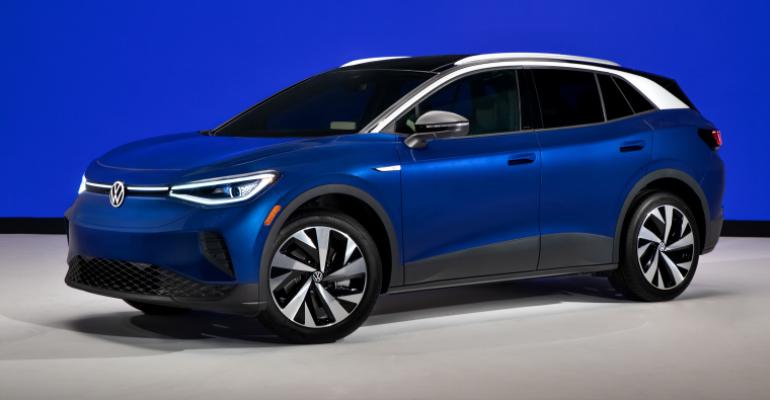 Passat on Way Out at VW’s Chattanooga Plant

Volkswagen says the Tennessee plant will launch production of the ID.4 in 2022, dividing capacity with the Atlas and Atlas Cross. U.S. production of the Passat ceases in 2023 and it will no longer be offered in the country.

Volkswagen says it will cease production of the Passat at its Chattanooga, TN, plant and will divide capacity between the ID.4 battery-electric vehicle and the gasoline-powered Atlas and Atlas Cross midsize SUVs.

Production of the ID.4 launches in 2022 and will reach full capacity in 2023, when Passat output ends.

Until the ID.4 begins rolling out of the Chattanooga factory, the BEV will be imported from VW’s Zwickau plant in Germany.

The automaker is investing up to $800 million in the expansion of its Chattanooga plant in readiness for the ID.4. To free up capacity, Volkswagen plans to discontinue U.S. production of the Passat, which will no longer be offered in the country.

“We’ve made a decision to cancel the Passat for the U.S. The sales trend is very firmly in favor of SUV models, as indicated by the success of the (Chattanooga-built) Atlas,” VW CEO Ralf Brandstätter says.

Despite the end of U.S. sales of the Passat, Brandstätter confirms the automaker is pushing ahead with the development of a ninth-generation Passat model for other markets, including Europe and China, where it is to launch in 2023.

VW, meanwhile, plans to launch sales of the the ID.5, a production version of the German automaker’s earlier ID. Crozz Coupe, next year. The BEV will be produced in Germany and China and will be sold in Europe and China.

Like the ID.4 it is planned to be sold in standard single-motor, rear-wheel-drive guise, with VW confirming a more sporting GTX-branded ID.5 performance model with dual electric motors and all-wheel drive will be added to the lineup by the end of 2022.