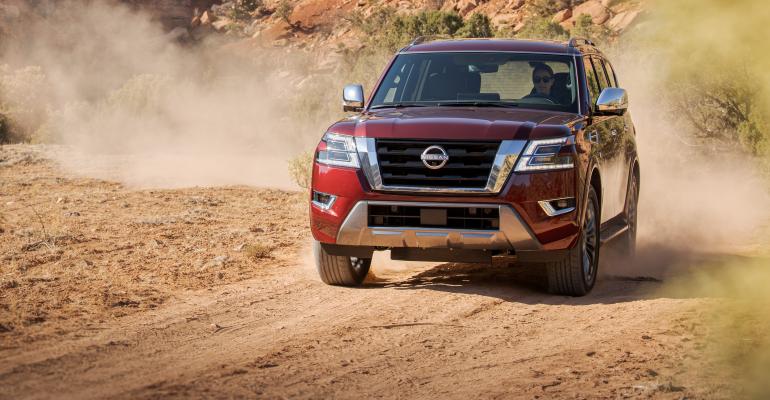 “The focus was on making an amazing, fullsize SUV for those adventurous families who want to do everything,” says Brent Hagan, Nissan’s senior manager of product planning.

To understand the importance of the 2021 Armada in Nissan’s SUV lineup, look no further than the grille. That’s where Nissan designers put the company’s new logo on a U.S.-bound vehicle for the first time.

Other vehicles will get with the program in the coming months and years, but it’s the Armada that gets to show off first.

Almost simultaneously with the new Armada, Nissan is launching a refreshed Kicks. One reason the Kicks is not getting the redesigned logo this model year was simple timing, says Brent Hagan, Nissan’s senior manager of product planning. The other reason is more esoteric.

“We specifically wanted to put it on the halo of the brand,” he says. “The Armada is the top of our SUV lineup. It’s the second-most expensive vehicle we sell in the U.S. with the Nissan brand other than the GT-R, and we wanted to start at the top and then filter that logo down.”

There are other, more noticeable changes in the ’21 Armada. There’s a refreshed exterior with new head- and taillamps. The interior has been simplified, Nissan says, and a new 12.3-in. (31-cm) touchscreen controls the infotainment system.

“The focus was on making an amazing, fullsize SUV for those adventurous families who want to do everything,” Hagan says.

That meant making sure it has the expected safety and connectivity technologies, as well as keeping the 5.6L V-8 that gives the Armada best-in-class standard output (400 hp) and tow rating (8,500 lbs. [3,855 kg]), he says.

You only get 400 hp with premium fuel, though. With regular fuel you get 390 hp, which Hagan says is still best-in-class. The ’21 Armada produces 413 lb.-ft. (560 Nm) of torque and Trailer Brake Control and Trailer Sway Control now are available.

The Armada will come in four trim levels, but only the SV, SL and Platinum versions – in either 2-wheel or auto 4-wheel-drive configurations – will be available at launch. An S grade will be available down the road.

For visual distinction, Nissan offers a new Midnight Edition Package for the SL grade, which comes with unique 20-in. wheels, a blackout exterior and interior treatments.

The ’21 Nissan Armada goes on sale in January. 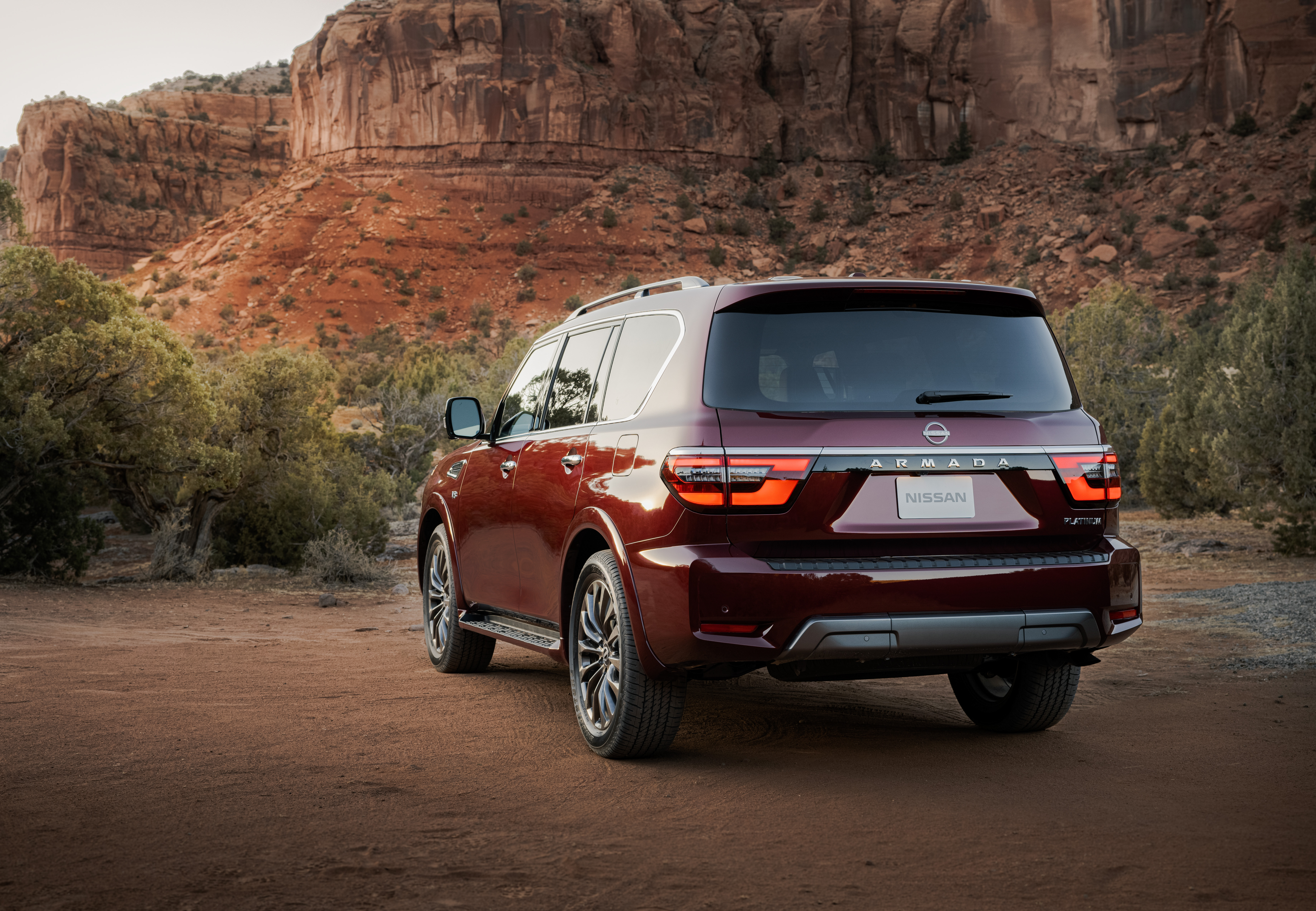