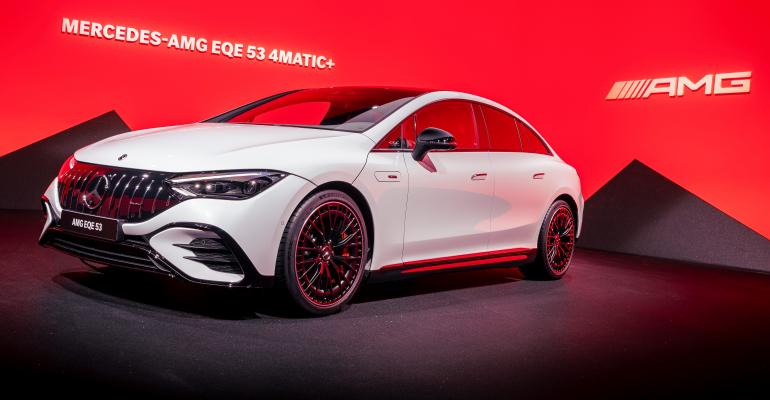 Mercedes-AMG unveils the EQE53 4Matic+ ahead of its planned North American market introduction during second-half 2022.

The battery-electric performance sedan joins the EQE43 to be offered in various European markets and the existing EQS53 4Matic+ in a widened range of AMG models based on the German automaker’s dedicated EVA platform.

Departing from the single-electric-motor and rear-wheel-drive layout of the EQE350 revealed at last year’s Munich auto show, the EQE53 4Matic+ receives two electric motors – one up front and another at the rear – and permanent all-wheel drive.

The electric motors (pictured, below left) differ from standard Mercedes-Benz units, having been developed by AMG for higher performance potential. Developments include adapted windings, a higher current and a water lance for additional cooling. 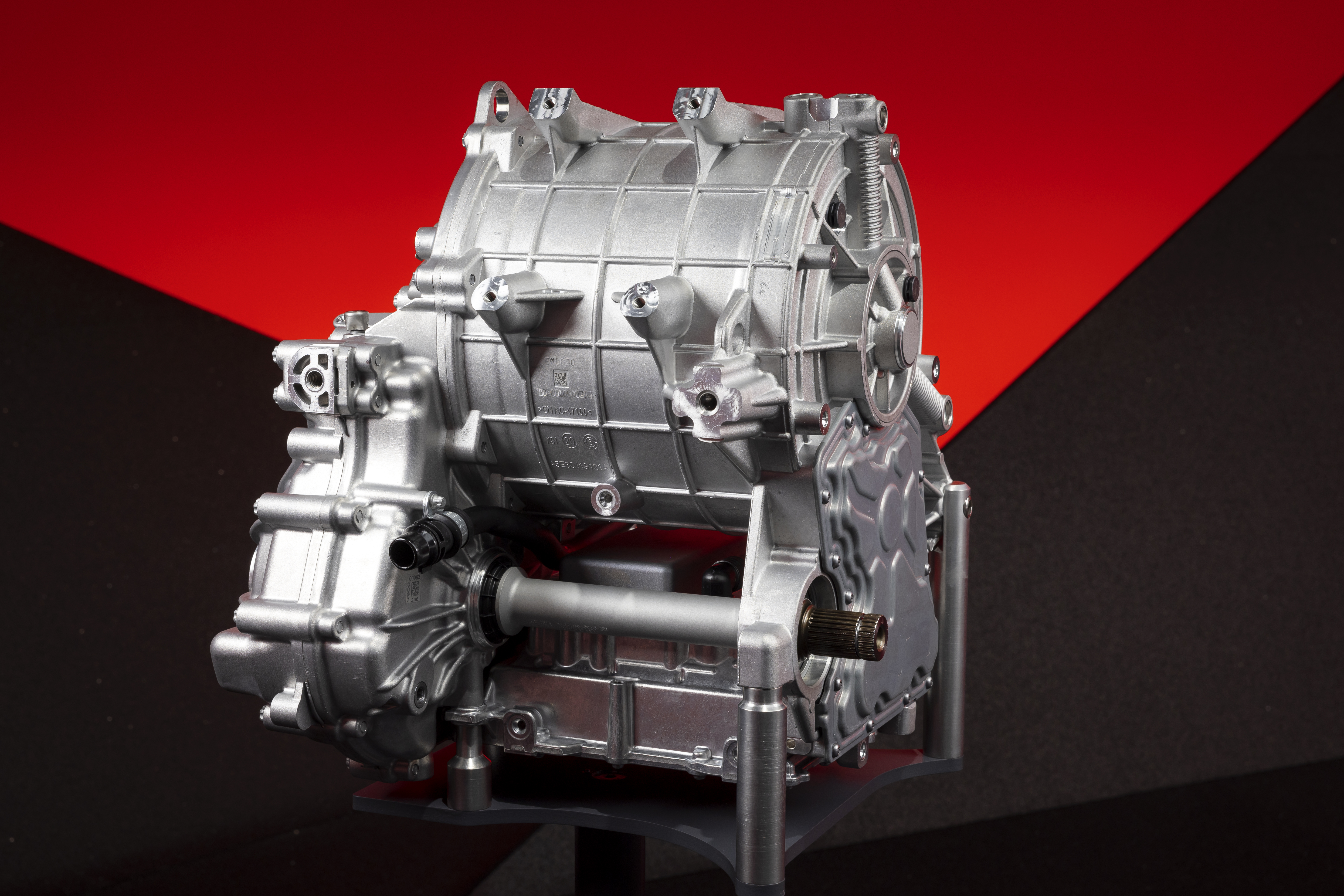 Customers can choose to add a further 60 hp and 37 lb.-ft. (50 Nm) to the new electric-powered performance sedan by specifying an optional AMG Dynamic Plus Package. So configured, the EQS53 4Matic+’s combined output climbs to a headlining 677 hp and 737 lb.-ft. (999 Nm) of torque.

This provides the most powerful EQE model with 6 hp and 111 lb.-ft. (151 Nm) more than its prime electric-powered performance rival, the Porsche Taycan Turbo, whose twin electric motors develop a combined 671 hp and 626 lb.-ft. (849 Nm) in so-called Overboost mode.

Drive is channeled through a single-speed gearbox on each motor to all four wheels, providing the EQE53 4Matic+ with a fully variable apportioning of power and torque.

The latest electric-powered model from AMG features four driving modes: Slippery, Comfort, Sport and Sport Plus, with an additional Race Start mode in combination with the AMG Dynamic Plus Package.

Visual differentiation from the EQE350 is provided by a new-look grille with a series of vertical chrome-look bars and AMG lettering, a more heavily contoured front bumper with larger air ducts, wider sills, a trunk lip spoiler and a new lower rear-bumper section incorporating a more prominent diffuser element.  Wheels range from 20- to 21-ins. in diameter. 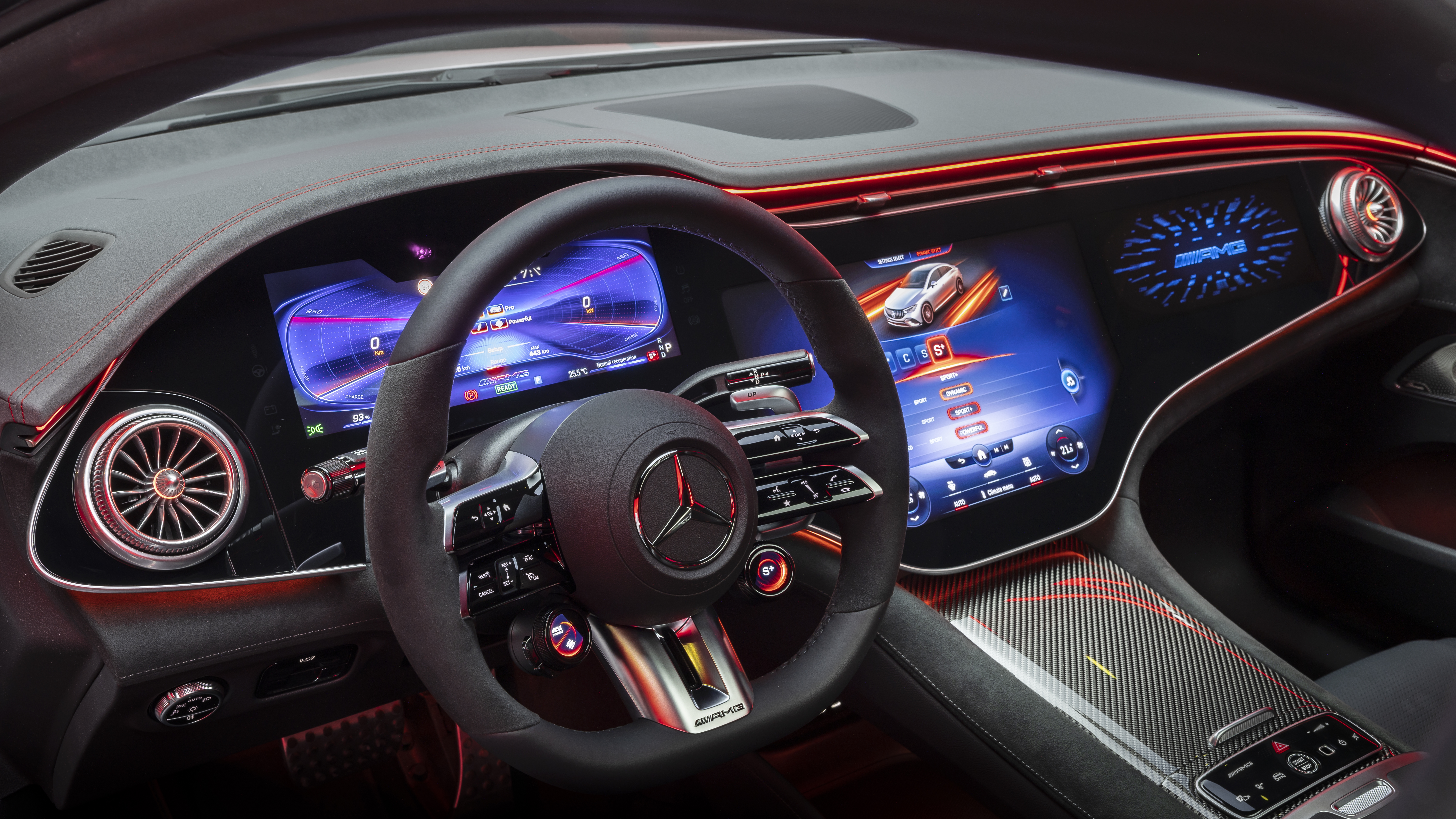 Inside (pictured, above), the EQE53 4Matic+ adopts a flat-bottom AMG steering wheel with a rotary drive mode controller, together with unique digital instrument graphics and AMG sport seats, as well as new pedal caps, door sill trims and Alcantara trim as standard. As in the EQE350, the 55.5-in. (141-cm) wide Hyperscreen is offered as an option. 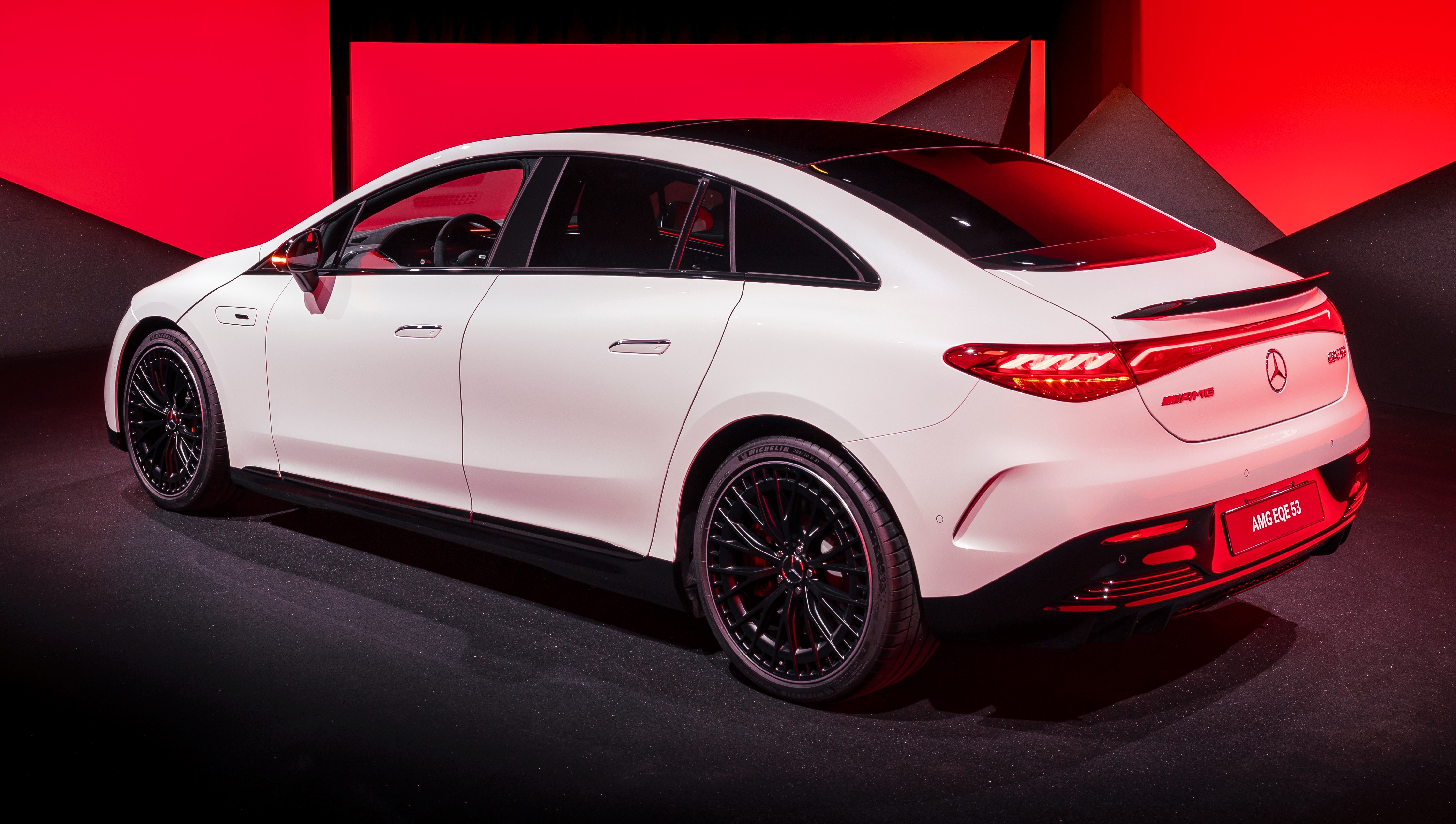