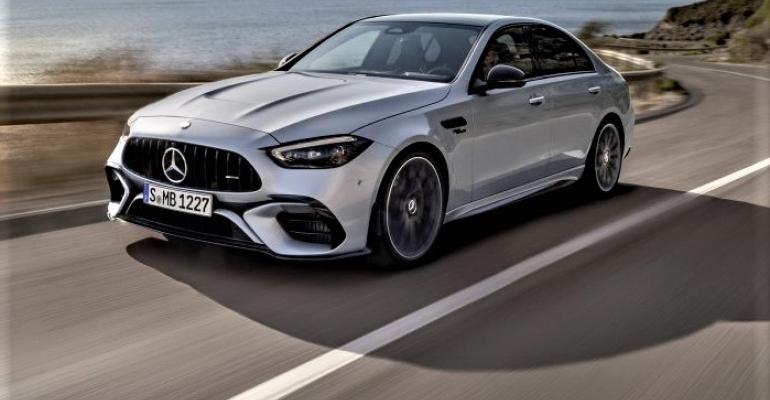 The German performance sedan swaps out a traditional V-8 for a Formula 1-inspired plug-in hybrid drivetrain with significantly more power.

The ’23 Mercedes-AMG C63 S E-Performance trades its traditional V-8 for a new plug-in hybrid drivetrain, providing it with a significant increase in power, fully variable all-wheel drive and the ability to travel under electric power alone for limited distances.

The new F1-inspired drivetrain, also set to appear in other upcoming Mercedes-AMG models, combines a longitudinally-mounted 469-hp turbocharged 2.0L gasoline 4-cyl. sited up front and a 201-hp electric motor mounted within the axle at the rear. 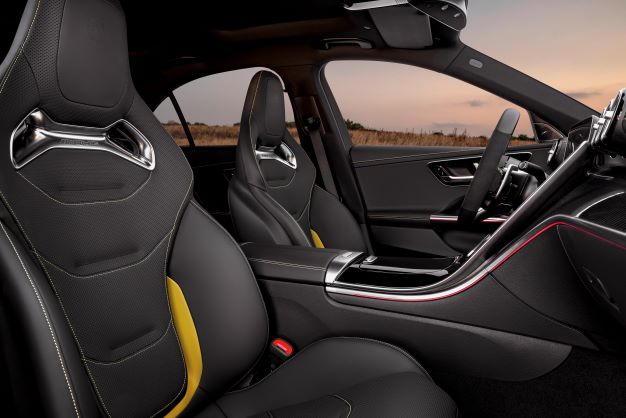 The 2.0L gasoline 4-cyl. in the C63, codenamed M139, is a development of the unit unveiled in the latest C43 and SL43. In the C63, it adopts a lower 9.0:1 compression ratio so it can accept greater boost pressure from a larger turbocharger. At full load, there is up to 40 psi (2.8 bar) of boost pressure, according to AMG.

To minimize lag, the turbocharger uses an electric motor that runs off the ’23 C63’s 400V electric architecture. This allows it to spool up faster in a process AMG says originally was developed for its F1 race car drivetrain.

With 469 hp and 335 lb.-ft. (454 Nm) of torque, the combustion engine is the most powerful 4-cyl. to feature in a series-production road car, AMG says. It drives all four wheels through a newly calibrated AMG Speedshift 9-speed automatic gearbox, featuring a wet clutch, and AMG’s fully variable 4Matic+ all-wheel-drive system. 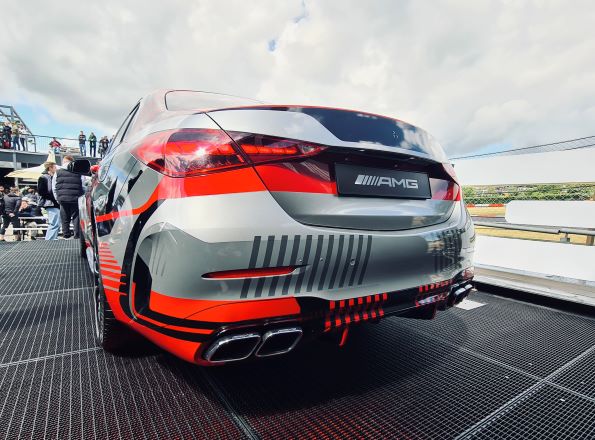 It is combined with an electric motor integrated into the C63’s rear axle, providing 201 hp and up to 236 lb.-ft. (320 Nm) of torque. A 2-speed gearbox, a 6.1-kWh lithium-ion battery mounted within the floor of the trunk and an electronically controlled limited-slip differential complete the electric drive unit, which in terms of hardware is similar to that already revealed on the Mercedes-AMG GT63 S E-Performance, where it is paired with a turbocharged 4.0L gasoline V-8.

The electric motor primarily drives the rear wheels but also can drive the front wheels when required. AMG puts the electric range at 8.1 miles (13 km). A 3.7-kW onboard charger allows the battery to be charged in 1 hour and 40 minutes.

The new C63 is visually differentiated from other fifth-generation C-Class models by a series of exterior styling changes. Included are 3.0-in. (76-mm) wider front panels dimensioned to accept wheels up to 20-in. in diameter.

Additionally, there is a deeper front bumper and a Panamerica-style AMG grille with active shutters that open and close depending on the engine’s cooling demands. The hood has been reworked with AMG’s signature twin power domes.

Farther back are wider sills underneath the doors, a subtle trunk-mounted spoiler and a uniquely styled rear bumper housing four tailpipes (pictured, above). 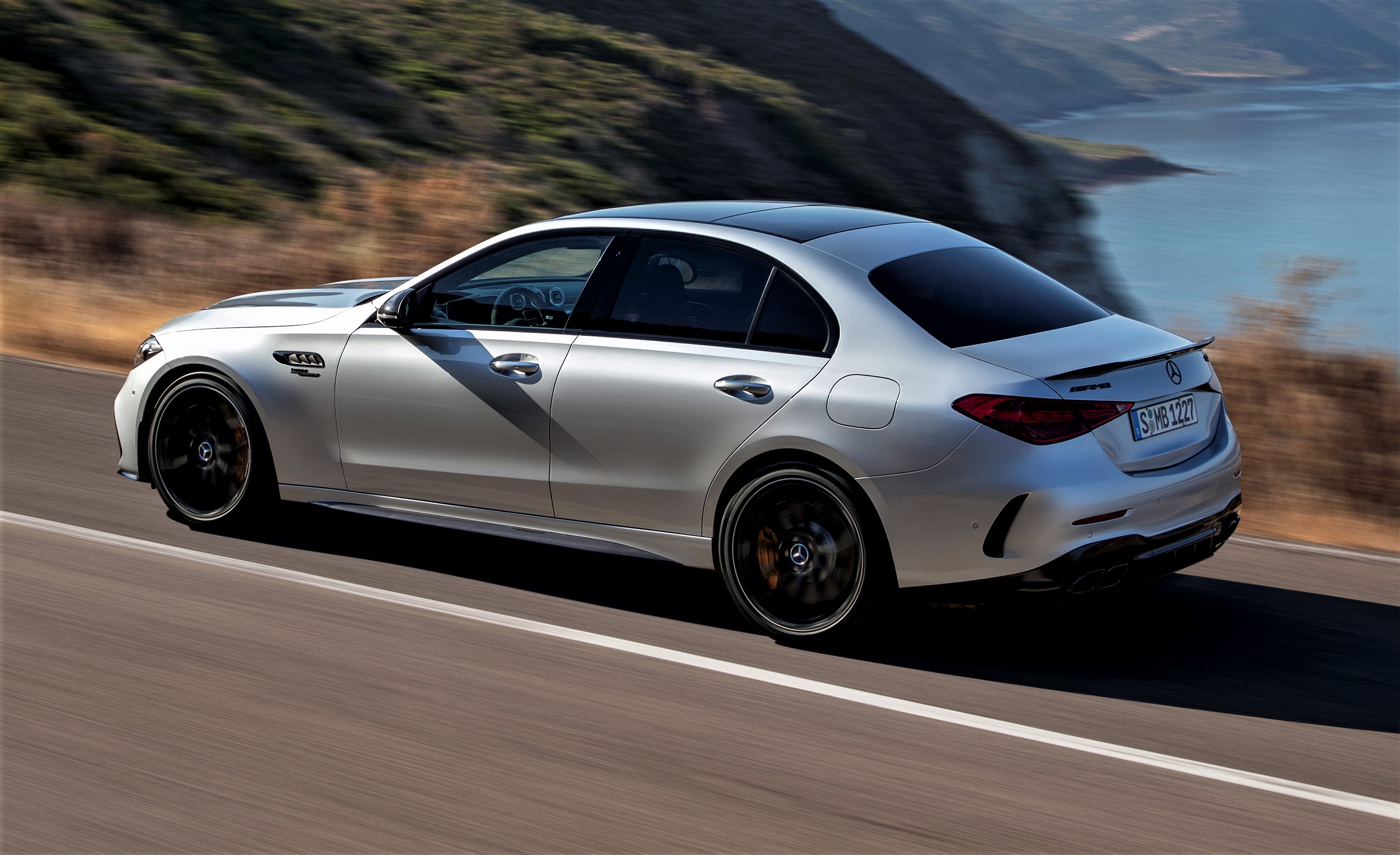 At the front, the steering knuckles and supporting joints for the spring link are unique to the ’23 AMG model.

The new C63 also receives 4-wheel steering, allowing the rear wheels to turn up to 2.5 degrees in the opposite direction to those up front at speeds up to 62 mph or up to 0.7 degree in the same direction at higher speeds.

Pricing and a North American on-sale date for the new C63 S E-Performance have not yet been confirmed. However, Mercedes-AMG suggests it will command a premium over its predecessor, with deliveries to begin during the first half of 2023.